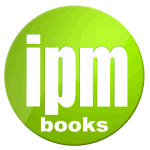 This series was written exclusively for InPark Magazine by James Ogul, former employee of the US State Department and closely concerned with the US presence at world expos from 1982 through today. Through detailed case studies of individual pavilions, this book exposes challenges and solutions applicable to all world expos and world expo participants. It addresses pavilion and exhibition design, planning, funding, construction, operations, politics and diplomacy – as well as the big-picture issues that all expo exhibitors and host countries face.

Photo at top: Groundbreaking at the USA Pavilion, Expo Milano 2015

Editor Judith Rubin has been chronicling world expos since 1987, as the former associate editor of World’s Fair magazine (published by Alfred Heller and now out of print). She also edited the first edition of The Expo Book by Gordon Linden, which first appeared in the pages of InPark Magazine.

Since the first world’s fair (the Crystal Palace Exhibition) took place in London in 1851, fifty-five international expositions have been held throughout the world. Although there has not been a world expo hosted in North America since 1986 (Vancouver), these great events continue to occur on a regular basis in Europe and Asia, and there is no shortage of countries and cities eagerly petitioning the Bureau of International Expositions (BIE) for the privilege of hosting one. The many benefits to hosting and participating in world expos include international goodwill and diplomacy, trade relations, and infrastructure and tourism development. Shanghai Expo 2010 broke all records with 70 million visits and a single-day attendance of over one million.

The United States has a history of participation at these distinguished events. James Ogul’s first professional world’s fair experience was in 1965, when he helped manage a children’s exhibit entitled “Atomsville USA” at the New York World’s Fair. His expo career resumed some years later when, working for the US Department of Commerce, he was tapped to work as an Exhibits Officer for the US Pavilion at Knoxville ’82. Next, he was Exhibits Director for the US Pavilion at New Orleans ’84 and at Tsukuba ’85. Ogul has remained involved in the US presence at world expositions on a continual basis from then on, as a US government employee until his retirement from the State Department in 2011, and as adviser and private sector consultant since then.

The US Pavilion at Milan 2015: Design and operations

Milan 2015 and the history of US Expo participation

BRC and the EU pavilion at Milan 2015 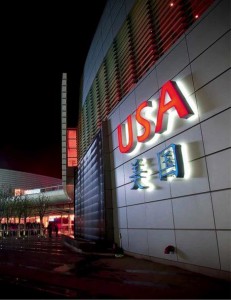 in the 21st Century

From Shanghai to Yeosu to Milan, creative teamwork restored the US expo presence

USA at Shanghai 2010: How the US built a creditable presence

Role of the Commissioner General

Student Ambassadors: The Heart and Soul of a US pavilion

Non-Federal support is a long established practice for USAPs

in the 20th Century

More about the author

Judith Rubin
Judith Rubin ([email protected]) is a leading journalist, publicist, strategist, blogger, content marketing specialist and connector in the international attractions industry. She excels at writing about all aspects of design and technical design, production and project management. Areas of special interest include AV integration and show control, lighting design and acoustics, specialty cinema, digital video and world’s fairs. Judith has ties to numerous industry organizations. From 2005-2020 she ran communications, publications and social media for the Themed Entertainment Association (TEA). In 2013, she was honored with the TEA Service Award. She was development director of IMERSA, and co-chair of the 2014 IMERSA Summit. She was publicist for the Large Format Cinema Association in the 1990s, now part of the Giant Screen Cinema Association (GSCA) and has also contributed to the publications of PLASA, IAAPA and the International Planetarium Society. Already making her mark as a magazine and book editor, Judith joined World’s Fair magazine in 1987, which introduced her to the attractions industry. Launching as a freelancer in the mid 1990s she has contributed to dozens of publications and media outlets including Funworld, Lighting&Sound America, Sound & Communications, Urban Land, The Raconteur and The Planetarian. She joined InPark in 2010. Judith earned a Bachelor of Fine Arts from Pratt Institute. She has lived in New York City and the San Francisco Bay Area, and now makes her home in Saint Louis, where she is active in the local arts and theater community.
Share
Facebook
Twitter
Linkedin
Email
Print
WhatsApp
Pinterest
ReddIt
Tumblr
Previous articleVOA Associates Designing Two Themed Destinations in China
Next articleLondon Paramount Resort Announces Newest Stage of Public Consultations