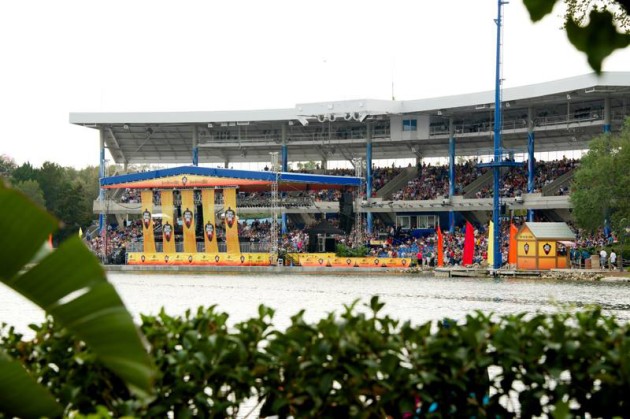 Announced today are the headline performers for the second week of the event:  award-winning singer/songwriter, Rodney Atkins, on Saturday, March 14, and the longest-performing R&B group, Kool & the Gang, on Sunday, March 15.

The event honors America’s Heroes and featuring live concerts from top classic rock and country bands and artists, tasty BBQ and thirst-quenching beer, and is included with regular park admission. Event festivities begin at 11:30 a.m. each weekend, with concerts at 4 p.m.

The celebration salutes America’s Heroes with military discounts for both active military and veterans, patriotic offerings and a partnership with the USO Central Florida, an organization that has been lifting the spirits of America’s troops and their families for more than 70 years.

“We’re thrilled to partner with SeaWorld, and we appreciate their longstanding dedication to honoring the troops andretirees,” said Roland Emerson, executive director of USO Central Florida. “Working together during Bands, Brew & BBQ, we can make a difference in the spirits of many service members and their families.”

The patriotic-themed USO Garden will offer a relaxing place away from the crowds that reflects the spirit of the renowned organization, viewing of the concerts on large flat screens and refreshments. Guests can get up close with animals and kids can work on masterpieces at coloring stations, take photos with SeaWorld costume characters, learn from educators and play interactive games.  In addition, this area offers messaging about the USO while music that speaks to the history of the USO provides a nostalgic atmosphere to the area.

In addition to the signature acts and festivities, the event also will feature a secondary stage to showcase local bands, and a DJ spinning music for line dancing and boot scootin’.

Joe Kleimanhttp://wwww.themedreality.com
Raised in San Diego on theme parks, zoos, and IMAX films, Joe Kleiman would expand his childhood loves into two decades as a projectionist and theater director within the giant screen industry. In addition to his work in commercial and museum operations, Joe has volunteered his time to animal husbandry at leading facilities in California and Texas and has played a leading management role for a number of performing arts companies. Joe has been News Editor and contributing author to InPark Magazine since 2011. HIs writing has also appeared in Sound & Communications, LF Examiner, Jim Hill Media, and MiceChat. His blog, ThemedReality.com takes an unconventional look at the attractions industry. Follow on twitter @ThemesRenewed Joe lives in Sacramento, California with his fiancé, two dogs, and a ghost.
Share
Facebook
Twitter
Linkedin
Email
Print
WhatsApp
Pinterest
ReddIt
Tumblr
Previous articleShoWare Division of accesso Lands Eleven New Contracts
Next articleJackson Hole Wildlife Film Festival Opens Call for Entries for 2015 Fest