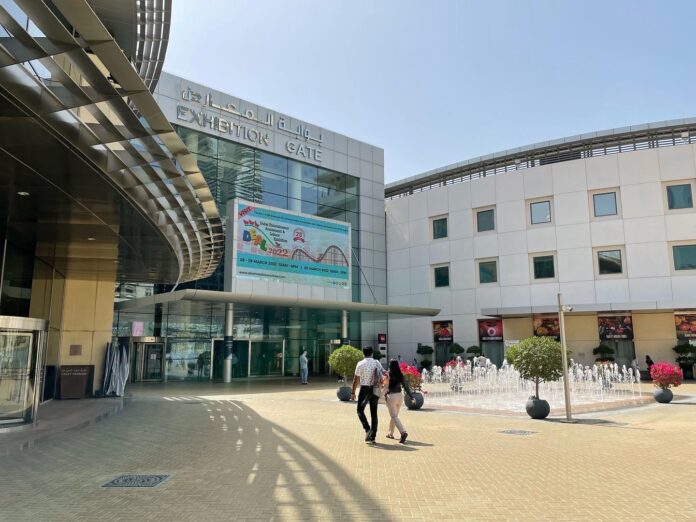 “The quality of attendees is good,” says Kraftwerk’s Kevin Murphy. “There has been more interest than in past years.”

Kraftwerk’s Dubai office has been busy, perhaps most notably with their recent work on the Kingdom of Saudi Arabia pavilion at Expo.

Markus Beyr of Attraktion! agrees: “Dubai as a leisure destination is doing even better than anticipated. Even now at the end of Expo it feels very stable.” Beyr credits the six-month world’s fair (Expo 2020 Dubai) for making a big impact. “Expo made Dubai very interesting for a lot of people.”

In a way, Dubai and Abu Dhabi are starting to emerge as more mature markets. Though many major theme park projects never materialized, some did, and an onslaught of smaller, bespoke visitor attractions helped fill the market with plenty of leisure opportunities for visitors.

Nearly everyone sees the Kingdom of Saudi Arabia (KSA) as being the next area for major opportunity. With ambitious growth and tourism plans, Saudi is already investing heavily in promoting tourism to people in Dubai. Large billboards flank the Dubai Metro tracks, and the amount of the advertising about KSA in the Dubai airport might cause a deplaning passenger to question if they got on the wrong plane.

“For us, the future is in the KSA,” says Scruffy Dog’s Jacqueline Hunter. “We are working on many FEC projects in that area at the moment.”

Brogent’s Stefan Rothaug also sees opportunity in the region. “Everybody is looking at Saudi for new projects right now,” says Rothaug. “But there will also be opportunity in other locations like Bahrain and Qatar.”

What projects get greenlit and which wither in the desert remains to be seen, but Kraftwerk’s Murphy is optimistic overall.

“Expo has shown that the UAE can put on a tourism attraction event that draws in tens of millions of people because the offering was right for the people who came,” says Murphy. “The lesson for future development is to ask ‘What does the visitor want?’ and then give that to them.”