A look back at education and attractions

Did you know that teachers receive more Valentines than anyone else? This made me think of our educational system, and the continued attacks against it, particularly here in my home state of Wisconsin. It reminded me of how our parks and attractions also have an educational element to them that we often overlook. Judith Rubin and I examined this issue a few years back inside InPark Magazine. — Martin Palicki

“It’s even boring to fly over it,” laments pop culture buffoon Homer Simpson, as his family arrives for a visit at EPCOT Center during an episode of The Simpsons. While exaggerated, Homer’s disdain was not unfounded – in EPCOT’s first years, many visitors felt disappointed with the too-evident mission to improve their minds. After all, theme parks aren’t supposed to be like going to school.
As EPCOT approaches its 25th anniversary, the park retains its educational focus, albeit refined and repackaged over the years. The original World of Motion, which led guests through the history of the automobile via dioramas and movies, was redesigned in 1997 as Test Track, a thrilling high-speed ride in which guests are only faintly aware that they are learning how cars are manufactured and tested. The Universe of Energy, initially quite preachy on the subject of fossil fuels, now imparts its message with the help of comedian Ellen DeGeneres and a game of Jeopardy!
Deftly merging info with thrills and learning with laughter has helped EPCOT remain one of the top-attended theme parks in the world. Other parks also successfully serve up education and entertainment. In fact, at least nine of the 20 most-attended theme parks of 2006 offer some form of informal educational content: three Sea World properties, Disney’s Animal Kingdom, Disney’s EPCOT Center, plus Disney MGM and the Universal Studios parks, which both take the public behind the scenes at the movie studio.
Educational subject matter generates revenue, and the theme park industry will continue to pursue it. That revenue is tied to three things: families, school groups and public image.
Eddie Newquist is President of Creative for the Becker Group, an experiential marketing company [Editor’s Note: Eddie is now with Global Experience Specialists]. A 20-year veteran of the leisure industry who has created and produced high profile experiences for major entertainment operators as well as museums, he is also a father of four who seeks out “interactive experiences where we may learn something of value, as a family, while having loads of fun.”
Theme parks, Newquist points out, are in a unique position to package entertainment that allows or even forces the intersection of awe, amazement, pleasure and educational value. “Such productions provide meaningful times for all the family members – away from the children’s video game consoles,” he says. “The promise of a child learning something on a trip to a park gets high marks from Mom every time.” 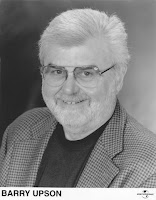 A family venue that can effectively bundle excitement with tangible educational value has a marketing edge in the competition with home-based entertainment. But both the fictional Homer Simpson and the renowned real-life industry expert, architect and park designer Barry Upson of the Barry Upson Company would have us know that striking the right balance is crucial. Drawing on his four decades of experience, during which he was the first general manager of the Universal Studios Tour and later headed up Universal Creative, Upson cautioned that for parks, education must remain an ancillary focus to be a hit with families. “Park guests are primarily seeking a leisure experience – a fundamental play experience with others,” says Upson. “Escapism, enjoyment, entertainment, sharing, and relaxation all add up to fun. Education is incidental to the play experience, but that doesn’t mean it’s not important.”
Museums have long enjoyed a positive relationship with local schools. Museum field trips provide a change of pace for teachers and students alike, and the opportunity to learn in a specialized environment. The museums benefit by having their halls filled during weekdays, typically off-peak times.
Theme parks can likewise ally with their school systems to help fill their facilities on off-peak days, and they share certain important traits with museums, as Eddie Newquist indicates. “Both museums and theme parks need attendance to succeed, and their primary market is families. To generate attendance they have adopted some similar practices, such as utilizing brands to build awareness, garner ticket sales and increase concessions. Both parks and museums are increasingly reliant on creating unique experiences to capture visitor traffic, adopting technologies and trends that ‘wow’ guests.”
Newquist speaks from experience. With the Becker Group, Newquist helped produce the blockbuster traveling museum exhibit ROBOTS: The Interactive Exhibition, skillfully leveraging the brand of the blockbuster animated film, Robots, to teach about robots in fiction and in reality. 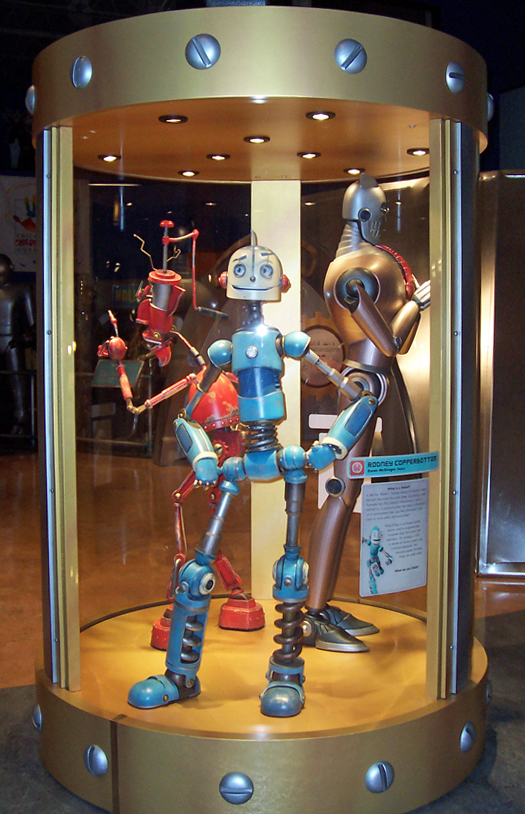 Tying in a popular brand with educational components provides additional value, Upson pointed out. The right branding imparts a sense of instant familiarity and establishes a comfort level. Upson cited The Jurassic Park Discovery Center at Universal Islands of Adventure, a project Upson helped create and develop.
To bring in school field trips, parks must take the measure of their educational assets and potential. In the past, this has often led to “Physics Days,” with typical activities such as measuring velocity or acceleration on a roller coaster, or even estimating an object’s height based on its shadow. But Physics Day represents the mere beginning of what parks can do to serve school groups. Newquist suggests that parks book traveling educational exhibitions or science events into their unused spaces. Further opportunities lie in repositioning what’s already there.
“So many parks have their own rich heritage, with hundreds of engaging stories to tell,” Newquist says. “They simply need to dig beneath the surface and develop compelling, informal educational programs to lure guests and groups.” He suggests working with educators to develop programs on such topics as park design, construction, robotics, animal care, show production, fireworks, special effects and AV technologies.
“Pursuing components of an, educational nature may not be at the top of a park manager’s to-do list,” says Barry Upson, “but done properly, it can really provide a competitive advantage, especially for smaller parks, and help drive the gate up with school groups.” A plus for smaller facilities is that they often have intimate community ties on which to build. Moreover, educational outreach generates positive PR and goodwill. “Increased attendance from school groups earns the park a reputation as a good neighbor in the community,” says Upson.
Six Flags has set out on this path with its new Storybook series that teaches children about the various animals that reside within Six Flags Discovery Kingdom (Vallejo, California). The program has drawn national media attention and elevated Six Flags’ brand status.
“The moment you include animals or movie brands in theme parks, the entire educational dimension of the facilities changes, with the potential for abundant hands-on children’s exhibits and labs coming into play,” observes Upson, who was one of the original designers of the San Diego Wild Animal Park.
Says Newquist, “They may require a bit more vision to pull off, but informal learning experiences and exclusive exhibitions can provide just as much impact as other attractions at half the cost. In the end, the product offering will be richer by providing experiences and programs that allow guests to come away with something more than an adrenaline fix.”