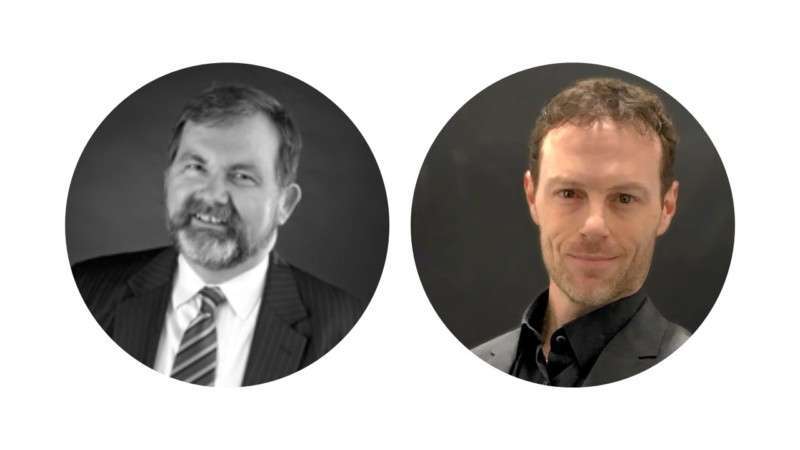 past behavior is the best indicator of future performance

InPark has been reporting on the waterpark industry since our first year of existence. In recent years, we’ve engaged experts to provide their feedback on the state of the industry and future paths to success. Here are several excerpts from the InPark archives from regular contributors Dan Martin and George Walker (pictured above L to R).

The waterpark hotel/resort industry is now thriftier and wiser. It has lost a number of smaller players and one large player, although most of its properties remain. Key players continue to sift through the evidence to see what happened and what can be learned.

The largest new market is the southern half of the US from the Carolinas to California. Texas will be a market to watch. Wilderness has done well enough in Pigeon Forge, TN to get attention for its southern strategy. Existing, but generally smaller southern properties are already adding small outdoor parks…Most of this action will be existing properties adding less-expensive “starter” outdoor-only waterparks…They would be wise to hold aside a spot for an 80,000 square foot air-conditioned indoor waterpark for when they can afford it and need to make a move on their competition. An indoor waterpark could work well in Arizona where summer temps can stay over 100 degrees for months. Dallas had record temps last summer but Houston and Atlanta summers are also characterized by uncomfortable hot humid summers. The five million people of DFW, six million in Houston, and the five-and-a-half million in Atlanta might be very interested in this type of property. In general, the sweet spot appears to be lower to middle market.

At the top of the market the waterpark hotel is not a new idea. The enormous Gaylord Texan near Dallas just added one. Also in Texas, two upscale Hyatt resorts and a JW Marriott in the hills around San Antonio have extensive outdoor waterpark features but have been less successful than expected. But in the capital of higher-than100-degree-days — Phoenix/Scottsdale, AZ — several successful upscale resort properties have extensive outdoor waterpark features.

Overall, there are still plenty of places for some version of the idea to go, but to do that, capital must flow. To realize its potential, the waterpark hotels industry still needs more capacity in  development skills, and people that realize that they are in the entertainment industry as well as hospitality.

In the wake of a veritable tidal wave of water park construction in the past decade, it is more important than ever before that new parks stay fresh, original, and competitive. Water parks are popular. They draw a broad, family demographic, and now there are more than ever before. The question is: will the market become saturated, or can this be prevented? The cautionary tales of the over-expansion of the Hard Rock Café chain offer a great comparison. Each new location built further diluted the uniqueness of the Hard Rock experience until guests started to realize that eating a hamburger next to a guitar screwed to the wall in New York City feels just about the same as it does in London. The same fate could befall water parks. There are only so many times that a collection of colorful, twisting plastic tubes and a wave pool are worth the money. In short, water parks could be headed upstream, swimming against a current that leads to “predictable” and “ordinary.” So what is the solution?

Thinking outside the box in the design helps. The Aquaventure at the Atlantis Resort, Paradise Island, is perhaps the strongest example of this that I have found. To start, it isn’t technically a water park! It offers many of the attractions that you would expect at a water park, and yet it isn’t one. There is no ticket gate, no extra charge. It is simply a perk of the resort. But the differences don’t stop there. Rather than locating the park on some gated, adjacent property, here the designers completely integrated Aquaventure into the resort’s environment. In this way, the slides and pools serve both as attractions and as water features for the resort. In addition to great theming, however, the innovation of the design is taken even further with the creation of a unique master plan that all but eliminates queue lines. Water parks across the country are notorious for their long waits, but at the Atlantis, this problem is handled differently. For a major section of the water park, once you have entered the river with your inner tube, you do not have to get out again to be able to experience other attractions – because they are all connected to the river! Like a Venetian waterway, you can access several other areas of the park by simply floating to them on your tube. My personal experience there further demonstrates how effective this design is. I remember drifting into a channel that ultimately led to a water coaster. As I slowly floated along with at least a few dozen guests ahead of me, I remarked to myself how brilliant it was that there were no lines. At the time, it never occurred to me that I was, in fact, in a line. The master plan of connected waterways had completely fooled me.

Though not every project can enjoy the luxury of Atlantis-sized budgets, the secret lies in the story and the environment. A clever design with a few new twists and well-told story is a lot better than an expensive design that simply offers more of the same, predictable products. The secret, then, is not to begin by shopping for the products, but by imagining the “story” first.

There is no end in sight to the continued growth of Generation Y. Existing and new waterparks and waterplay venues will continue to serve them but they are likely to take some different approaches.

• With the loss of some upper middle class households and the general lower income levels of young families today, near term value pricing will become more critical for parks serving the large numbers of children growing up in lower and moderate income households. Generation Y’s desire for multiple sensory inputs to be blended into their adventures may result in waterparks becoming digital in several ways. New and better sound, light and visual systems may become the norm, and with them, more channels for in-park advertising and sponsorship. The bonus will be that parks can be targeted and retargeted for specific audiences throughout a 24/7 timeframe.

• The addition of teaser waterplay elements to other children’s attractions like zoos and aquariums will continue to grow. Some zoos, like the Columbus Zoo and Aquarium, may add or include waterparks in their plans. These animal
environments have the potential to offer some really exciting theming, especially if they adopt the resort casino approach of slides through shark tanks and other thrills.

• Waterplay incorporated into traditional adult venues like cruise ships and mainstream resorts also continue to rise. In time, these features will become as common at the largest resorts as golf courses are today. It is also likely to take a very elegant turn as infinity pools and other aesthetically pleasing water features are designed.

• Publicly funded aquatic facilities will continue to be built and developed in family oriented communities – especially on the edges of metro areas where there will be the perception that there’s not much for the kids to do; aging populations in other communities may make them a harder sell.

• Large health clubs that feature both indoor and outdoor leisure pools, like the Midwest’s Lifetime Fitness, may beat the public sector to the market in affluent areas with lots of families. Lifetime rings Chicago and Minneapolis already.

• Downtowns will be the frontier for some daring concepts. At least a dozen major US downtowns are being repopulated with adult households in multifamily housing as our top cities become more like the more mature European cities. It is possible that the rise of adult waterplay coupled with the spa development tsunami, we may see the development of this generations’ version of the Roman Baths in some city centers. Public baths never went out of fashion in some Asian cultures and “taking the waters” persists as tradition in Germany and other eastern European countries. The development vehicle in some US cities may be the urban version of the Lifetime Fitness Center model that features lushly landscaped indoor pools with flowing water and hot spring like environments. As far fetched as this may seem, few would have predicted that large Texas housing developments would have the economic support to feature leisure pools that border on aquatic centers. The same could happen with large residential multifamily projects in cities targeted to adults.

The most significant beneficiaries of all of these future waterplay trends will be the most innovative and reliable designers, builders, and developers who can envision where water fits into dry landscapes next to the flow of demand for waterplay across the US. • • •

Joe Kleimanhttp://wwww.themedreality.com
Raised in San Diego on theme parks, zoos, and IMAX films, InPark's Senior Correspondent Joe Kleiman would expand his childhood loves into two decades as a projectionist and theater director within the giant screen industry. In addition to his work in commercial and museum operations, Joe has volunteered his time to animal husbandry at leading facilities in California and Texas and has played a leading management role for a number of performing arts companies. Joe previously served as News Editor and has remained a contributing author to InPark Magazine since 2011. HIs writing has also appeared in Sound & Communications, LF Examiner, Jim Hill Media, The Planetarian, Behind the Thrills, and MiceChat His blog, ThemedReality.com takes an unconventional look at the attractions industry. Follow on twitter @ThemesRenewed Joe lives in Sacramento, California with his wife, dog, and a ghost.
Share
Facebook
Twitter
Linkedin
Email
Print
WhatsApp
Pinterest
ReddIt
Tumblr
Previous articlerising tides
Next articlewaterpark attendance