May 15, 2017 Joe Kleiman Asia, News, World Expos, World markets Comments Off on Letter from the Prime Minister of Japan to the Secretary General of the BIE on EXPO 2025 Bid 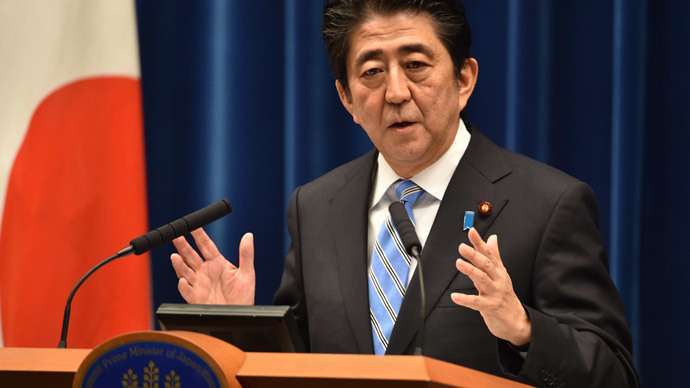 It is my honor to inform you that, under the Convention Relating to International Exhibitions, the Government of Japan is officially submitting to the Bureau International des Expositions (BIE) its application to host the International Registered Exhibition in 2025 based on the decision made by the Japanese Cabinet on April 11.

Our exhibition will be held for six months from May 3 to November 3 at Yumeshima Island in Osaka Prefecture in the Kansai region, under the theme “Designing Future Society for Our Lives” in English and “Concevoir la Societe du Futur, Imaginer notre Vie de Demain” in French.

Japan has valuable experience in that we successfully held the first International Exhibition in Asia in the same prefecture, Osaka, in 1970 under the theme “Progress and Harmony for Mankind”. Almost half a century has passed since then, and although numerous people around the world have come to enjoy prosperous lives, we continue to face an array of threats including natural disasters, food shortages, diseases and violence, while critical trends such as globalization and progress in information technology have brought with them their own challenges. Meanwhile, there have been major advances in cutting-edge technologies like artificial intelligence (AI) and biotechnology, which promise to have far-reaching effects on how we lead our lives. Now is the time to inquire anew how each of us can lead happy and joyful lives and how we can design the corresponding economic and social systems. In Japan, an appreciation of the importance of long-term and sustainable benefits is deeply rooted. Osaka-Kansai region are cradles of the spirit which respects businesses that satisfy both buyers and sellers and which also contribute to society. I am confident that Japan, and especially the Kansai region including Osaka, which have the spirit of altruism, is the ideal setting to discuss what future society might be like if selfish and inward-looking impulses among nations, regions, businesses and individuals could be overcome. Thus Japan is determined to host the International Exhibition in Osaka once again so that, along with our global partners, we can communicate to the world a truly inspiring vision of a future which is in our grasp.

The Osaka-Kansai region has long been an important political, economic and cultural center. It also boasts a varied cultural heritage, including stunning historic buildings, a range of traditional performing arts and a huge variety of Washoku (Japanese-style cuisine), as well as five World Cultural Heritage sites.  The region is also home to techno-parks with a large number of international research institutes and companies in the field of health and life sciences, whose endeavors mesh with the theme of our Expo. The venue, Yumeshima, which means “Dream Island”, is located about 10 km away from the city center of Osaka, so the existing urban functions also easily accessible. In addition, a scheme to extend the Metro line to the venue and to widen the roads in the vicinity is already at the planning stage. Moreover, accessing Yumeshima by sea can be easily arranged as it is an artificial island.

Last December, the Government of Japan organized an Inter-Ministerial Meeting to supervise the bid for Expo 2025, and we are pleased to report that all branches of the Government are working together to this end. On March 27, the 2025 Japan World Expo Committee was established, mainly by the business community and  local governments in the Kansai region, and Mr. Sadayuki Sakakibara, Chairman of Keidanren (the Japan Business Federation), was appointed as its President. Japan is now ready and eager to host this event in 2025.

It is particularly noteworthy that Japan is one of the safest countries in the world, with an extremely low crime rate. In addition, we are always perfectly prepared to ensure security for large-scale international events, as illustrated last year when the G7 Ise-Shima Summit proceeded without incident. We will take whatever measures are necessary to ensure that all visitors can participate in the Expo safely and securely.

Should Japan be elected to host Expo 2025, a juridical body will be established as the vehicle overseeing this venture.

As a contracting state of the Convention Relating to International Exhibitions, the Government of Japan will do whatever is required to guarantee the fulfillment of the obligations of that body, in accordance with Article 10, paragraph 2 of the Convention.

May I close by expressing my confidence that the bidding will be implemented smoothly and that the vote will be held in a transparent manner under your esteemed leadership.