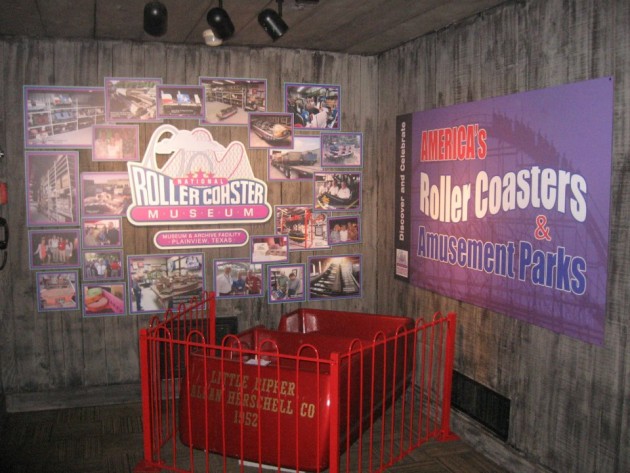 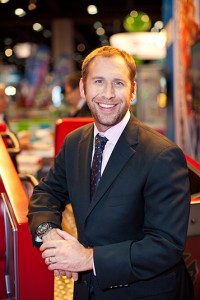 “We were strategically looking for someone who knows all of the current ride manufacturers and the history of the industry,” Gary Slade, NRCMA chairman said.  “Adam has an inventory of roller coasters and midway rides in his head that rivals any historical book.”

Adam Sandy has been a part of the Ride Entertainment Group since 2004. He oversees all of the company’s sales and revenue share initiatives, and contracts for REG’s ride installation and retrofit team. In addition, he runs the marketing and social media programs for the company as a whole and the individual properties under the Ride Operations Group banner.

During his tenure, Adam has been involved with over $100 million in sales and revenue share projects for the Ride Entertainment Group. Working with groups like Six Flags, Herschend Family Entertainment, Landry’s Restaurants, as well as family-owned properties, he has sold and run projects throughout the world. Adam was responsible for multi-million dollar projects like Dollywood’s famed “Mystery Mine” and the roll-out of Six Flags’ eight SkyScreamer towers across North America.

Ever since he was young,  Adam has had a lifetime passion for amusement parks. He attended DePauw University earning a Bachelor of Arts, where he majored in American History and minored in German. After college, his first job out of school was as a Sales Associate for Amusement Business, the amusement industry’s newsweekly. Three years later he started at Ride Entertainment, selling for several of the company’s key clients and since then has been involved in every different aspect of the company’s projects.

Adam currently lives in downtown Baltimore with his family. He also serves on IAAPA’s “Hall of Fame” Committee and the Board of Directors for the B&O Railroad Museum.

Thanks to donations by industry leaders Gary and Linda Hays from Cliffs Amusement Park and by the Knoebel family of Knoebels Resort in Pennsylvania, the NRCMA recently completed the expansion of its archive building in Plainview, Texas.  Ongoing acquisition of artifacts like this one from Belmont Park and the Coaster Saloon, include items from Cedar Point, Six Flags Entertainment Corp., Knott’s Berry Farm, Elitch Gardens, Circus Circus Adventure Dome, Lakeside Park, Adventuredome, White Water Branson, Busch Gardens WIlliamsburg, Astroworld, Morey’s Piers and Adventure City forced the NRCMA to outgrow its current facility.

The NRCMA’s first multi-media mobile exhibit exhibited at Dollywood in Pigeon Forge, Tennessee was viewed by nearly 50,000 guests during its limited two-year run.

“We are always looking for facilities interested in our mobile or custom exhibits,” Slade said.  “In order to continue to acquire artifacts and create exhibits like the one at Dollywood, we need the industry to support us and to help us expand.   If we don’t preserve our history for generations to come, it will be lost.”

Joe Kleimanhttp://wwww.themedreality.com
Raised in San Diego on theme parks, zoos, and IMAX films, Joe Kleiman would expand his childhood loves into two decades as a projectionist and theater director within the giant screen industry. In addition to his work in commercial and museum operations, Joe has volunteered his time to animal husbandry at leading facilities in California and Texas and has played a leading management role for a number of performing arts companies. Joe has been News Editor and contributing author to InPark Magazine since 2011. HIs writing has also appeared in Sound & Communications, LF Examiner, Jim Hill Media, and MiceChat. His blog, ThemedReality.com takes an unconventional look at the attractions industry. Follow on twitter @ThemesRenewed Joe lives in Sacramento, California with his fiancé, two dogs, and a ghost.
Share
Facebook
Twitter
Linkedin
Email
Print
WhatsApp
Pinterest
ReddIt
Tumblr
Previous articleRegistration Now Open for 2015 AIMS International Safety Seminar
Next articleDuke Energy Foundation Gift Helps Museum of Life and Science Bring New Exhibits to Reality

AZA appoints Dr. Brian Davis as new Chair of the board of directors