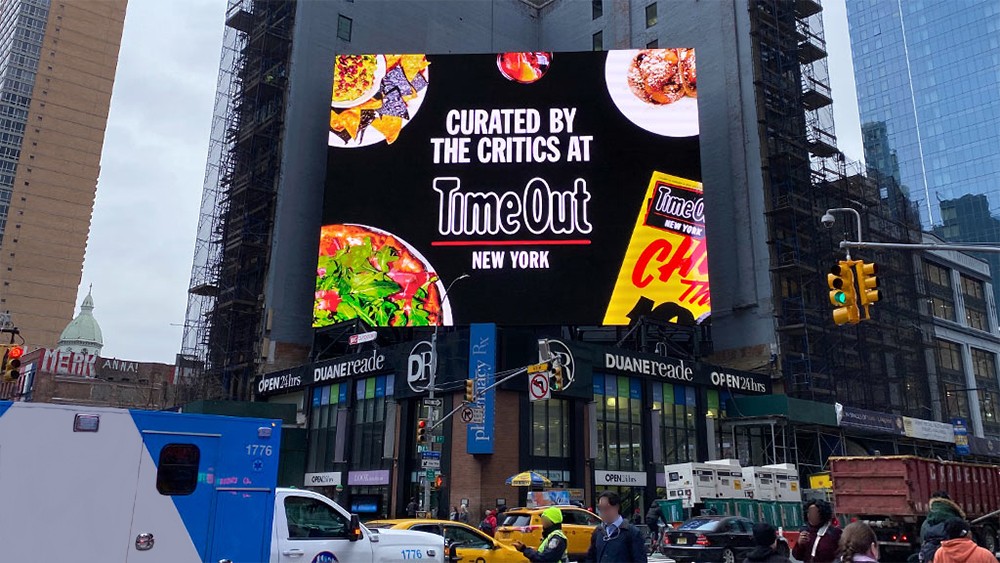 Analog Way has joined forces again with SNA Displays, one of their top high-end displays partners, to drive a new LED spectacular in midtown Manhattan. SNA Displays provided the rooftop digital billboard on the corner of 8th Avenue and West 42nd Street at 661 8th Avenue.  The 64’7” x 84’ billboard is driven by an Analog Way Aquilon C processor.

SNA Displays and Analog Way previously worked together on several projects, including the highest-resolution LED screen in the history of Times Square: the massive wrap-around display at 701 7th Avenue (20 Times Square).

The new 8th Avenue spectacular features SNA Displays’ EMPIRE™ exterior LED display product with an 8.0 mm pixel pitch and total of 7,872,000 pixels.  The project cleared a number of hurdles across a span of several years on its way to fruition.  SNA Displays and media partner BIG Outdoor worked with the New York City Department of Buildings to allow the rooftop display outside the special-use district.  In addition, steel bracing and reinforcements were required to enable the structure to support the LED screen; SNA Displays teamed with North Shore Neon on the installation.

“As we landed another LED spectacular in Times Square, we really needed to ensure rock-solid stability and performance for this marquee install. We’ve come to know that Analog Way delivers on these expectations, and, for this project, they clearly had the right solution,” says Pat Green, Vice President of Systems at SNA Displays.