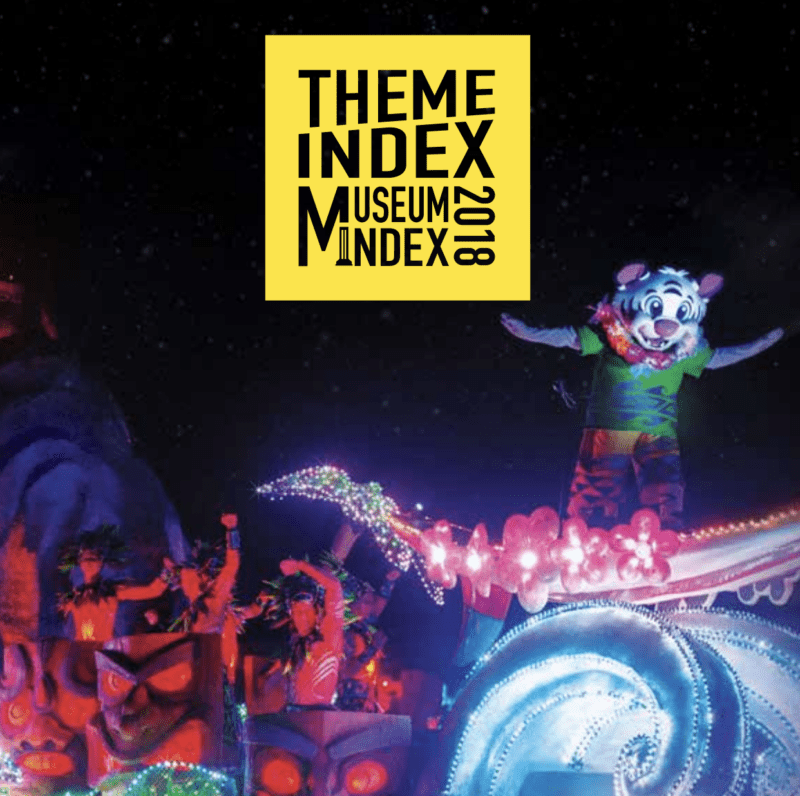 The 2018 global attractions attendance report, published by the Themed Entertainment Association (TEA) and the Economics practice at AECOM, has been released.

The full report is available online. InPark will be updating our coverage of the report. Check back often.

Global attendance at theme parks has surpassed the half billion point for the first time in history. This is roughly 7% of the global population. A scant five years ago, attendance represented only about 5% of people worldwide.

From the report: “Honorable mentions are in order this year for a number of players including: SeaWorld Parks & Entertainment which turned around from a 5% drop last year to an almost 9% increase this year; and several individual parks with double digit increases including: Chimelong Paradise in Guangzhou, Parque Warner in Madrid, Parque Xcaret in Mexico, and Changzhou Dinosaur Park in China.”

From the report: “Overall, water park attendance was flat for 2018 in Asia. In this sector, weather is a big factor influencing attendance and there were some big jumps as well as some fairly large drops. Water parks in Korea suffered declines from the slowdown in tourism from China… For those water parks that did especially well, discounts and passes played a notable part. OCT offered a popular, cross-visitation, multiple-admission pass — a one-price ticket that admitted the customer to any and all of the OCT water parks and theme parks. This led to a rise in attendance.”

From the report: “Attendance at the top 20 worldwide museums was relatively stable overall, growing slightly from 108 million in 2017 to 108.1 million in 2018. European museums continue to represent the largest percentage on our Museum Index Top 20 worldwide list, with 9 out of 20 museums and 48% of attendance. Of the others on the list, six museums are in North America and five in Asia.”

The full report is available online.