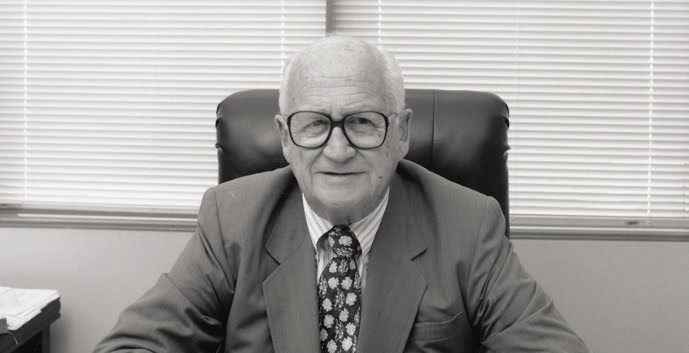 The website www.ask.buzz features a new tool for attraction designers inspired by Harrison “Buzz” Price, who was hired by Walt Disney to analyze data trends, traffic and climate to select the location in Southern California for Disneyland. Later, Disney hired him to help find the best spot on the east coast for Disney World.

Buzz Price is a “Disney Legend” whose work was so important to the company that he was honored with a window on Main Street, U.S.A in 2013. When Buzz died on August 15, 2010, The Los Angeles Times wrote that “nearly every amusement park built since the 1950s in some way reflects Price’s approach to planning theme parks.”

Now, this “way” is available for anyone on www.ask.buzz.

The site is essentially a question and answer session with Buzz Price. First, he asks visitors to the web site a few questions about their potential project, such as desired attendance, seasonality, attraction mix, etc. Then, after sharing calculations on peak month, peak week and design day attendance, people can ask Buzz Price questions like:

• How big does our attraction need to be?
• How much space will we need for parking?
• What will be our overall theoretical capacity?
• How many seats Food & Beverage will we need?
• What’s my rough budget?

The math to finding the answers to all of these questions was originally shared in Buzz Price’s book Walt’s Revolution! By the Numbers and has now been tweaked by the team behind www.ask.buzz.

“One of the highlights of my early career was getting to spend about two hours talking with Buzz Price,” said Geoff Thatcher, the creative director for the web site. “And what we wanted to create with Ask.Buzz was the chance for anyone to do the same. We wanted to share not just his knowledge of Roller Coaster Math but a little bit of his personality as well.”

Thatcher partnered with a team of industry leaders to help create the web site, including Buzz Price’s son David Price from Price Leisure Group, Ty Granaroli from Paramount Pictures, Vlad Perelman from Backpack Creative, Bob Chambers from The Producer’s Group and Zoe Thatcher from his own firm Creative Principals.

“My dad was excellent at crunching numbers in his head,” said David Price, who as an architect has worked on a variety of themed entertainment projects over the years. “This is a great gift to have when you’re in the middle of a planning charrette and you’re putting numbers up on the white board to stimulate and help focus the creative discussion. And so that was one of our goals with this web site—to help people bring Buzz into their planning sessions today.”

The team brainstormed and developed the idea for www.ask.buzz over a breakfast in the Mall of the Emirates, while eating chicken in Doha and over a long afternoon brainstorm in Los Angeles. However, with the team busy working on other projects, progress was limited. “When COVID-19 hit,” Thatcher said, “we decided to stop talking about the idea and get it launched before the original Disneyland reopened.”

While the “Roller Coaster Math” can help attraction designers understand the parameters of a potential project, the web site does include a big disclaimer in a quote from Buzz Price, “Our best efforts in certain cases do not correspond to the reality of life on this planet.”

In other words, this web site is simply a tool for the people who design attractions. It is not intended to be the basis for any investment decisions because the math here leaves out so many variables that a feasibility expert would consider. Things such as location, market size, available public transportation, demographics, competition and the list could go on and on.

“While Ask.Buzz can help industry professionals as a quick reference to get some numbers that are in the ballpark,” Price said, “please talk to a real feasibility professional because they can tell you whether you should build that ballpark in the first place!”

Ask.Buzz democratizes “Roller Coaster Math” by creating a web site that allows the themed entertainment industry to quickly crunch numbers as if they were working with Buzz during a charrette.

“There is a reason,” Thatcher said, “why this site was developed by those who create and produce attractions. Our intent was to build a tool that we’d all want to use during charrettes and in the early stages of a project as the concepts are being envisioned. Our goal was to honor the man who invented the feasibility industry by sharing his knowledge with a new generation.”

Joe Kleimanhttp://wwww.themedreality.com
Raised in San Diego on theme parks, zoos, and IMAX films, Joe Kleiman would expand his childhood loves into two decades as a projectionist and theater director within the giant screen industry. In addition to his work in commercial and museum operations, Joe has volunteered his time to animal husbandry at leading facilities in California and Texas and has played a leading management role for a number of performing arts companies. Joe has been News Editor and contributing author to InPark Magazine since 2011. HIs writing has also appeared in Sound & Communications, LF Examiner, Jim Hill Media, and MiceChat. His blog, ThemedReality.com takes an unconventional look at the attractions industry. Follow on twitter @ThemesRenewed Joe lives in Sacramento, California with his fiancé, two dogs, and a ghost.
Share
Facebook
Twitter
Linkedin
Email
Print
WhatsApp
Pinterest
ReddIt
Tumblr
Previous articlePicsolve completes merger with Israeli AI tech company Pomvom
Next articleSeventeen world-class ProSlide water rides bring thrills to Tennessee’s Soaky Mountain Waterpark