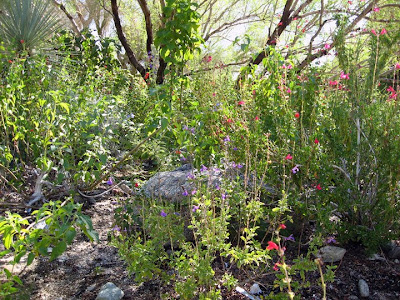 Silver Spring, Maryland – The Association of Zoos & Aquariums (AZA) has awarded its highest award for professional excellence, the R. Marlin Perkins Award, to Karen Sausman, President Emeritus of The Living Desert for her outstanding contributions to the zoo and aquarium profession.

“AZA is proud to honor Karen’s lifetime achievements with the R. Marlin Perkins Award,” said AZA President and CEO, Jim Maddy. “Her passion and commitment to conservation and education as well as to the American and international zoo community make her a remarkable role model.”

The award, named for its inaugural recipient, R. Marlin Perkins, was first granted in 1978. It recognizes those who have a distinguished record of honorable service to the association throughout their careers, are strongly committed to education, conservation, science, recreation, and the welfare of animals, and further these causes within the zoo and aquarium profession.

“Karen Sausman is part of a group of pioneers who transformed a rough-and-tumble community of fiercely independent zoos and aquariums into a professional organization of science- and conservation-based institutions,” said Stacey Johnson, President and CEO of The Living Desert. “And she was building a first-class institution, The Living Desert, simultaneously.”

Founded in 1924, the Association of Zoos and Aquariums (AZA) is a nonprofit organization dedicated to the advancement of zoos and aquariums in the areas of conservation, education, science, and recreation.

Judith Rubin
Judith Rubin ([email protected]) is a leading journalist, publicist, strategist, blogger, content marketing specialist and connector in the international attractions industry. She excels at writing about all aspects of design and technical design, production and project management. Areas of special interest include AV integration and show control, lighting design and acoustics, specialty cinema, digital video and world’s fairs. Judith has ties to numerous industry organizations. From 2005-2020 she ran communications, publications and social media for the Themed Entertainment Association (TEA). In 2013, she was honored with the TEA Service Award. She was development director of IMERSA, and co-chair of the 2014 IMERSA Summit. She was publicist for the Large Format Cinema Association in the 1990s, now part of the Giant Screen Cinema Association (GSCA) and has also contributed to the publications of PLASA, IAAPA and the International Planetarium Society. Already making her mark as a magazine and book editor, Judith joined World’s Fair magazine in 1987, which introduced her to the attractions industry. Launching as a freelancer in the mid 1990s she has contributed to dozens of publications and media outlets including Funworld, Lighting&Sound America, Sound & Communications, Urban Land, The Raconteur and The Planetarian. She joined InPark in 2010. Judith earned a Bachelor of Fine Arts from Pratt Institute. She has lived in New York City and the San Francisco Bay Area, and now makes her home in Saint Louis, where she is active in the local arts and theater community.
Share
Facebook
Twitter
Linkedin
Email
Print
WhatsApp
Pinterest
ReddIt
Tumblr
Previous articlePLASA announces 2010 Innovation Award recipients
Next articleMummies of the World is a blockbuster exhibition at California Science Center