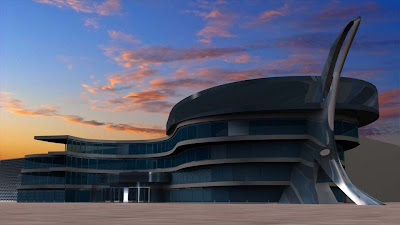 The Living Planet Aquarium solicited statements of interest and qualifications from top design teams and commercial contractors recognized for strong experience to develop a complete design and structure for the 130,000-square-foot building off Interstate 15 near 12300 South, which will be the permanent home for the popular non-profit attraction. “The new Board, consisting of seasoned executives, is excited with the tremendous progress made by the aquarium in the last two years, including fund raising, state appropriations and land acquisition,” said Ragula Bhaskar, Ph.D., Chairman of the Board. “The aquarium has raised nearly $7 million and has obtained the support of the City of Draper to bond $11.7 million to complete the Aquarium. It is expected to be one of the best aquariums in the Intermountain West,” said Bhaskar.

The Aquarium has continued to grow since opening in a small space in 2004 at The Gateway and, since 2006, in Sandy at 725 E. 10600 South. The current 43,000-square-foot aquarium in Sandy lands over 375,000 visitors each year, and provides science education to elementary schools statewide. With the tremendous growth, donor support and a strong leadership team, the aquarium has grown over 50% during the recession, confirming its popularity with local visitors and out-of-state tourists. “We are thrilled to be moving to the next phase in the creation of a 130,000-square-foot world-class aquarium for the residents of Utah,” said Brent Andersen, Founder & CEO. “We have a remarkable board of trustees who have led the way in making the new, larger aquarium possible, and a dedicated team of staff, volunteers and donors working to build what is sure to become a renowned educational, family-friendly attraction,” said Andersen. The $18 million project will support 317 construction jobs in Utah and generate $1.7 million in tax revenues for the State.

Joe Kleimanhttp://wwww.themedreality.com
Raised in San Diego on theme parks, zoos, and IMAX films, InPark's Senior Correspondent Joe Kleiman would expand his childhood loves into two decades as a projectionist and theater director within the giant screen industry. In addition to his work in commercial and museum operations, Joe has volunteered his time to animal husbandry at leading facilities in California and Texas and has played a leading management role for a number of performing arts companies. Joe previously served as News Editor and has remained a contributing author to InPark Magazine since 2011. HIs writing has also appeared in Sound & Communications, LF Examiner, Jim Hill Media, The Planetarian, Behind the Thrills, and MiceChat His blog, ThemedReality.com takes an unconventional look at the attractions industry. Follow on twitter @ThemesRenewed Joe lives in Sacramento, California with his wife, dog, and a ghost.
Share
Facebook
Twitter
Linkedin
Email
Print
WhatsApp
Pinterest
ReddIt
Tumblr
Previous articleDubai’s Wild Wadi Removes Famous Slide For Expansion
Next articleLondon Eye Architects Designing Six-Mile Long Treetop Walk For Amazon