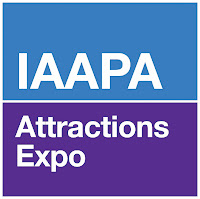 Orlando, FL, USA (November 13, 2012) — The International Association of Amusement Parks and Attractions (IAAPA) inducted two legendary contributors to the attractions industry into the IAAPA Hall of Fame, Bob Masterson and PT Barnum. The awards were presented Tuesday, Nov. 13, during the Kickoff Event for IAAPA Attractions Expo 2012, the world’s largest annual conference and trade show for the global attractions industry, in Orlando, Florida.

Masterson and Barnum enter the IAAPA Hall of Fame as the 87th and 88th inductees. The IAAPA Hall of Fame was established in 1990 to honor legends and pioneers for their significant and lasting contributions to the growth and development of the attractions industry, an industry that depends on the imaginations, talents, and vision of its dream builders.

The IAAPA Hall of Fame inductees are not chosen by virtue of their personal success alone, but rather for significant contributions to the entire industry, their community, and the world. 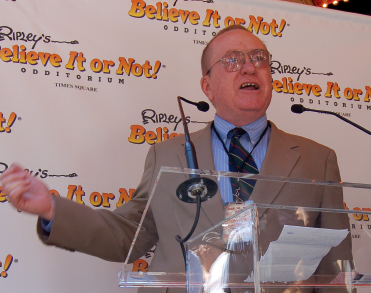 Bob Masterson
Bob Masterson is a prime example of how far a vision can take you. After returning to San Francisco in 1973 from United States military service in Vietnam, Masterson was a manager at a roadside oddity museum called Ripley’s Believe It or Not! Thirty-six years later, Masterson retired as the president of Ripley Entertainment.

In Masterson’s time with Ripley Entertainment, 25 years of which he spent as president, the business grew from 11 locations to a diverse and global small attraction chain with more than 73 museum attractions, aquariums, theatres, and more in 13 countries.

In addition to his contributions to Ripley Entertainment, Masterson has remained a loyal ambassador for the attractions industry. He has served on several IAAPA committees, the IAAPA board of directors, and was the association’s chairman of the board for 2008.

Currently, Masterson is the chairman of Amusement Management Partners LLC. 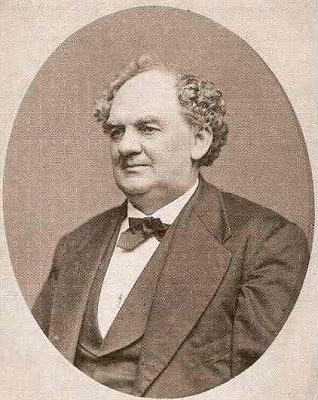 PT Barnum
PT Barnum’s name and legacy will forever be associated with the circus and mobile attractions industry as the Ringling Bros. and Barnum & Bailey Circus (better known as The Greatest Show On Earth) that has toured the United States for more than 142 years and remains a popular family experience for children of all ages. However; his contributions to the attractions and museum industry and the art of selling tickets, though less celebrated, perhaps surpass the importance of his achievements under the big top.

Barnum pioneered The American Museum, which operated from 1841 to 1865 in New York City. He used his legendary promotional skills to draw attention to his newly created attraction of the strange, the educational, the whimsical, and the mysterious.

Offering exhibits such as the Fiji Mermaid, exotic snakes and animals, and General Tom Thumb – the 25-inch dwarf who Barnum would turn into a worldwide celebrity – Barnum built the reputation of the museum as a must-see attraction of New York City. For 23 years, it was recognized as the city’s most popular attraction.

Though Barnum would go on to make an even larger name for himself through the mobile attractions industry, his marketing ability and inclusion of attention-grabbing acts propelled him and the museum industry to new heights, laying the groundwork for many of today’s most popular attractions.

Kathy Maher, Executive Director/Curator for the Barnum Museum in Bridgeport, Connecticut, accepted the award on behalf of PT Barnum’s family.

Joe Kleimanhttp://wwww.themedreality.com
Raised in San Diego on theme parks, zoos, and IMAX films, InPark's Senior Correspondent Joe Kleiman would expand his childhood loves into two decades as a projectionist and theater director within the giant screen industry. In addition to his work in commercial and museum operations, Joe has volunteered his time to animal husbandry at leading facilities in California and Texas and has played a leading management role for a number of performing arts companies. Joe previously served as News Editor and has remained a contributing author to InPark Magazine since 2011. HIs writing has also appeared in Sound & Communications, LF Examiner, Jim Hill Media, The Planetarian, Behind the Thrills, and MiceChat His blog, ThemedReality.com takes an unconventional look at the attractions industry. Follow on twitter @ThemesRenewed Joe lives in Sacramento, California with his wife, dog, and a ghost.
Share
Facebook
Twitter
Linkedin
Email
Print
WhatsApp
Pinterest
ReddIt
Tumblr
Previous article
Mark Weston Joins WhiteWater
Next article
Car Revealed For Silver Dollar City’s Outlaw Run