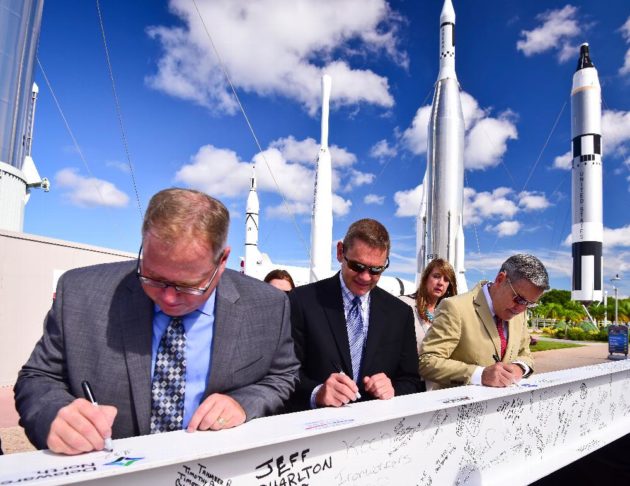 Cape Canaveral, FL, USA (July 5, 2016) — Therrin Protze, chief operating officer of the Kennedy Space Center Visitor Complex, today announced The Boeing Company as the title sponsor of the upcoming attraction Heroes & Legends, featuring the U.S. Astronaut Hall of Fame®. The news marks the first time in more than 50 years that the visitor complex has entered into an agreement with a corporate sponsor.

“It is so fitting that the Heroes & Legends experience will bear The Boeing Company name,” Protze said.  “As a leader in the human exploration of space, Boeing brings such a rich history and exciting future. Their team is as passionate as we are to share the stories of the heroic men and women who have sacrificed so much and inspired so many.” 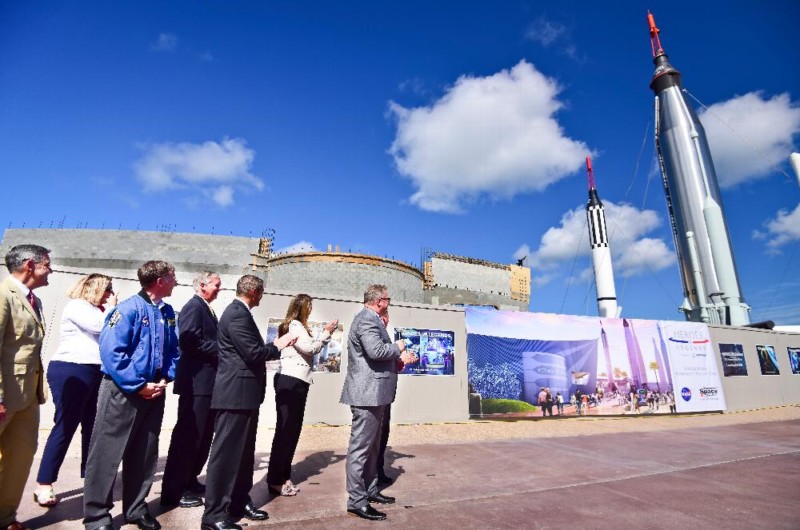 During the morning ceremony, a ten-foot long silhouette of an X-15 rocket plane was raised to the top of the building. The X-15, which was manufactured by a legacy Boeing company, North American Aviation, flew for nearly a decade, achieving hypersonic speeds and exploring the upper edge of the Earth’s atmosphere. Its technology contributed to the development of the historic Mercury, Gemini, Apollo and Space Shuttle Programs. A permanent replica is being designed and will appear to be launching toward space from the top of the building as a visual icon representing Boeing’s contributions to the past, present and future of human spaceflight. 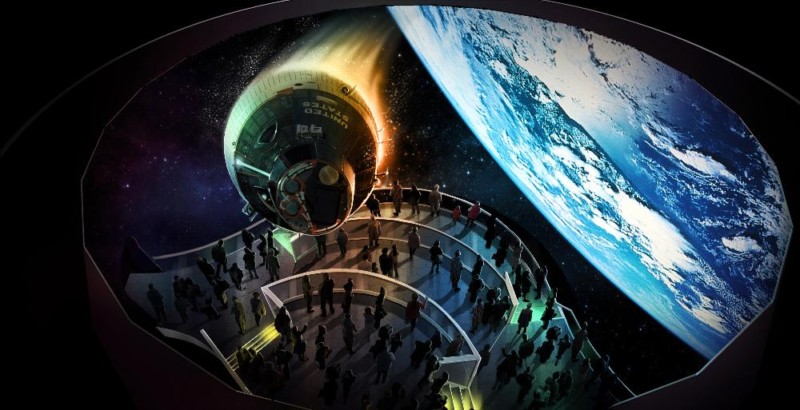 “Florida’s Space Coast is the hallowed ground of all human launches from American soil. There are so many firsts here and we’re pleased to be the first corporate sponsor of a major attraction at Kennedy Space Center Visitor Complex,” said John Elbon, vice president and general manager of Boeing Space Exploration. “As Boeing celebrates its 100th year, it’s appropriate that we join the visitor complex and NASA to share the exciting journey ahead of human spaceflight with visitors from around the world.” 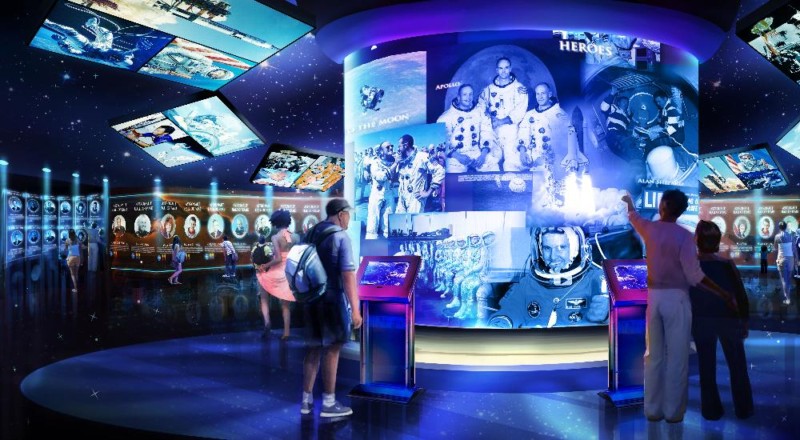 Slated to open on November 11, 2016, and positioned just inside the entrance of Kennedy Space Center Visitor Complex, Heroes & Legends will set the stage for the guest experience by providing the emotional background and context for space exploration and the legendary men and women who pioneered and continue our journey into space. Through engaging storytelling, guests will embark on an awe-inspiring experience that begins with an immersive exhibit designed to spark thought and discussion about how society defines a hero. Then, through cutting-edge technology, interactive elements and engaging exhibits, guests will be introduced to the heroes of space.

Joe Kleimanhttp://wwww.themedreality.com
Raised in San Diego on theme parks, zoos, and IMAX films, InPark's Senior Correspondent Joe Kleiman would expand his childhood loves into two decades as a projectionist and theater director within the giant screen industry. In addition to his work in commercial and museum operations, Joe has volunteered his time to animal husbandry at leading facilities in California and Texas and has played a leading management role for a number of performing arts companies. Joe previously served as News Editor and has remained a contributing author to InPark Magazine since 2011. HIs writing has also appeared in Sound & Communications, LF Examiner, Jim Hill Media, The Planetarian, Behind the Thrills, and MiceChat His blog, ThemedReality.com takes an unconventional look at the attractions industry. Follow on twitter @ThemesRenewed Joe lives in Sacramento, California with his wife, dog, and a ghost.
Share
Facebook
Twitter
Linkedin
Email
Print
WhatsApp
Pinterest
ReddIt
Tumblr
Previous articleInPark goes to InfoComm – Part 1
Next articleUS Conference of Mayors calls on US State Dept to bring back US-hosted world’s fairs