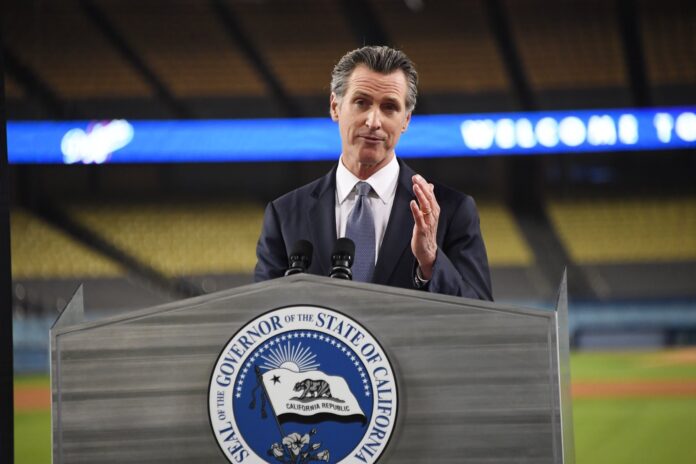 March 17, 2021 — Under revised guidance scheduled to go into effect on April 1, 2021 all California theme parks will be allowed to open within the state’s Red tier (one of four tiers in the state’s Blueprint for a Safer Economy, addressing COVID-19 risks and safety restrictions). The April 1 inception date allows additional time to finalize the revised guidance while also seeking to ensure that parks don’t open only to have their counties slip again into Purple tier (the most restrictive), requiring immediate closure, as happened last November in Santa Cruz. With COVID-19 symptoms taking between four and fourteen days to show, state and county health officials will be able to tell if a super spreader event has taken place following Spring Break and St. Patrick’s Day that might push a county back a tier prior to April 1.

On March 5, 2021, when the revised theme park guidance was announced, Erin Guerrero, Executive Director of the California Attractions & Parks Association (CAPA), stated: “Today’s announcement from the Newsom Administration is very encouraging news for California’s amusement parks. Parks now have a framework to safely and responsibly reopen. We appreciate the Administration’s willingness to work with the State’s theme on the finer details of the plan so parks can responsibly reopen soon, putting people safely back to work and reinvigorating local economies.”

On the lower end of the spectrum are Family Entertainment Centers (FEC) with amusement rides – which have been allowed to operate amusement rides under a separate, revised reopening guidance for FECs since late October 2020 – and regional kiddie parks.

On January 25, 2021, the Regional Stay in Place order was lifted for all counties in California, returning them to the above-mentioned, four-tiered “Blueprint for a Safer Economy.” Under the Blueprint, counties fall under one of four tiers based on weekly reporting of COVID-19 related testing, hospitalizations, and deaths. Counties with the worst situations fall under the most restrictive of tiers, Purple. Counties then progress through Red, Orange, and Yellow tiers, with each progressive tier requiring fewer restrictions and operational modifications. Last week, Governor Gavin Newsom (pictured top of page presenting his State of the State presentation at Dodgers Stadium, Los Angeles on March 9) mentioned that the state is now considering developing a Green tier, for those counties that show little to no COVID-19 risk.

On March 12, California reached the milestone of 1 million doses of COVID-19 vaccinations administered. Incorporating this new matrix into the Blueprint formula, counties throughout the state were able to transition from Purple to Red tier at an accelerated pace. As of March 14, all six California counties that house the state’s seaside amusement parks and corporate theme parks have entered the Red tier, along with much of the rest of the state. California’s Central Valley, its primary agricultural center, remains in the purple zone due to continued spread of the virus throughout the migrant farmworker community.

The main differences between the October 20 and April 1 guidance include the ability to open in the Red tier, changes in the cap for daily attendance, and a restriction that only Californians be allowed to visit – an expansion of the Orange tier guidance for smaller theme parks that required attendance to be restricted to county residents only.

With the new guidance on the horizon, theme parks throughout the state have begun announcing reopening dates. Perhaps the most anticipated is Disneyland, which has scheduled April 30 to reopen its gates.

As of the time of this writing, full guidance had been yet to be issued. An outline of the proposed changes can be found here.

State issued reopening guidance is law, but interpretation and enforcement can vary, regionally. On July 29, the state issued guidelines for family entertainment centers to reopen (revised on October 20). It had not, however, issued guidelines for waterparks and those operations remained closed throughout the Summer with the exception of two venues – in Visalia, near Fresno, and Roseville, a suburb of Sacramento – where the waterparks are attached to FECs.

On August 4, the Sacramento CBS affiliate ran a news story asking why the Roseville park was allowed to operate in violation of the law. The city did not begin enforcement of the violation until after the report aired. A month later, the Placer County Board of Supervisors (Roseville is in Placer County) voted to end the county’s state of emergency. Under a resolution approved by the Board, business owners could determine whether or not they wanted to enforce social distancing and mask wearing within their own venues. Under the resolution, county law enforcement would not enforce the state orders. However, it did allow for state licensing agencies, such as those that regulate alcohol sales and cosmetology to take action against violators.

Throughout the state, a number of local law enforcement agencies have publicly decreed that they would not enforce state guidance, either due to political opposition or an unwillingness to reallocate tight resources.

Prior to October 20, there was no state guidance at all for reopening theme parks. The parks themselves drew up a suggested approach and presented it to state and county officials. It was based primarily on suggested guidelines drafted by the International Association of Theme Parks and Attractions (IAAPA) and the operators’ experiences operating other parks outside California; all of California’s corporate parks have sister parks that have been operating in other states since last summer, while all but one have sister parks operating under COVID-19 restrictions in other countries.

At the federal level, the CDC offers guidance for traveling amusement parks and carnivals, but nothing for permanent venues. California does offer theme park guidelines, but they are essentially a mashup of other industry reopening guidance. Page three of the October 2020 guidance states that in addition to the rules set within the document, theme park operators are also responsible for following separately published guidance for restaurants, bars, retail, hotels and lodging, family entertainment centers (for activities like go-carts, miniature golf, and arcades), zoos, museums, transit and rail transportation, and limited services (grounds, building maintenance, and custodial services).

With this degree of segregating, it would be hard to identify a single state agency that would enforce all guidance. Although the October 20 guidance does not give a definition of amusement or theme parks, one big difference does become apparent – the inclusion of rides and other amusement attractions.

In California, amusement rides are regulated by the Amusement Ride and Tramway Unit of the Department of Industrial Relations Division of Occupational Safety and Health (Cal/OSHA). Cal/OSHA is also responsible for developing state COVID-19 reopening guidance in conjunction with the Department of Public Health.

The primary catalyst, then, for enforcement of guidance is the health and safety of a community’s employees. Should Cal/OSHA believe that a ride at an amusement park is being operated in a manner where employees are placed at undue risk of exposure to COVID-19, the agency could order the ride shut down – and perhaps do the same to other rides in the park as well.

The outcome could be even more far reaching. Assembly Bill 685, signed into law by Governor Newsom on Sept 17, 2020, authorizes Cal/OSHA to shut down a workplace area or even an entire workplace anytime between January 1, 2021 and January 1, 2023, if the agency determines it “exposes employees to an imminent hazard related to COVID-19 infection.”

Most importantly, California amusement operators realize the importance of being good members of their communities. This has been exemplified by their parent companies’ approaches in other states, such as Florida and Texas, where restrictions have been lifted. Even with such leeway, their theme parks in these regions continue to mandate mask usage and social distancing, showing concern for guests and employees alike.

In September, prior to the first theme park guidance being issued, CAPA presented a Responsible Reopening Plan for the state’s theme parks. The plan looked at a number of general reopening criteria laid out in the state’s Blueprint for a Secure Economy and determined steps that the theme park community could take to address those concerns.

For example, one such concern involves limiting activity. According to the Blueprint, there is a need “to limit activities that are known to cause increased spread [of the virus] (e.g.: singing, shouting, heavy breathing; loud environments will cause people to raise voice)” CAPA’s solution: “Face covering usage and/or modifications to seat loading patterns will be required on amusement park rides to mitigate the effects of shouting. Additionally, on rides, guests generally face in one direction.”

CAPA’s Guerrero tells InPark, “With this bullet, we pointed out that through mask usage and modifications, parks could mitigate the effects of shouting. Our intent was to show that amusement parks could reopen safely even within these risk assessments.”

On February 4, Assemblywomen Sharon Quirk-Silva (D, Fullerton) and Suzette Martinez Valladares (R, Valencia) introduced a bipartisan bill encouraging the Governor to change the reopening guidance for theme parks and to move all theme park openings until the Orange tier (at the time the bill was introduced, only smaller parks could open in Orange). The bill was written as a way to encourage the governor to make the changes, but did not authorize overriding his decisions.

On February 25, the bill was amended with a third provision. If the Governor altered theme park guidance, allowing them to open in the Orange tier, the Legislature would finance a half-million dollar competitive grant for theme parks to purchase personal protective equipment (PPE).

With Newsom now allowing parks to open even one tier sooner – in Red – the PPE provision is now in play. The bill has been referred to the Arts, Entertainment, Sports, Tourism, and Internet Media Committee and the Labor Relations Committee for review.

“Californians are having to manage through the pandemic and all the impacts it has had on our everyday lives,” said Assemblywoman Sharon Quirk-Silva. “I, along with my colleagues, am excited to get our businesses reopened, our families coming back to theme parks and live performances, and our athletes back to doing what they love. These new guidelines will provide us a road to reopening and allow Californians to continue in their recovery process.”

Caroline Beteta, CEO of Visit California, the public/private partnership in charge of marketing the state’s tourism sector pointed out, “We should certainly celebrate this as a critical juncture in the recovery timeline after months of innovation to safely maintain our business. But there is still a way to go. I expect safety protocols – distancing and mask-wearing – to be with us for the foreseeable future.”

ABOUT THE AUTHOR: Joe Kleiman is News Editor for InPark Magazine. He has 25+ years management experience in tourism, museums, attractions, the giant screen cinema, and as a zookeeper. Kleiman served as part of the executive management team that opened the Thea Award honoree National Infantry Museum in Columbus, Georgia and has provided consultation services to a number of museum projects. He lives in Sacramento, California with his fiancé and two dogs.

Joe’s blog, “Themes, Schemes, and Dreams” can be found at themesrenewed.home.blog. He can be contacted at joe@inparkmagazine.com and followed on twitter @ThemedReality.