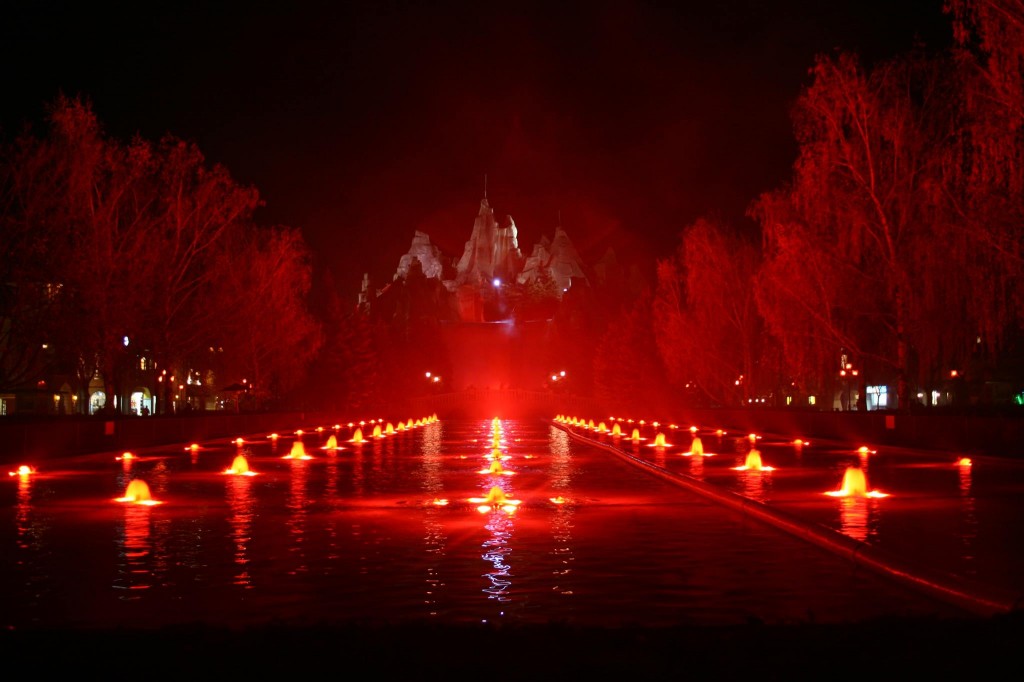 Ghastly monsters, grotesque creatures and the undead are ready to wreak havoc at Canada’s largest Halloween event; Halloween Haunt. With ten chilling mazes, over 500 monsters, and blood pumping rides in the dark; Canada’s Wonderland transforms into a dark playground of terror. Halloween Haunt gates open this Friday October 5 with the event continuing every Friday, Saturday and Sunday night in October from 7:00 p.m. until midnight.

Two new terrifying mazes set the stage for the most horrifying Halloween Haunt to date. A mind-altering virus has taken over the population; the city now ruled by mindless zombies. Survivors hide in the darkness and wait for a cure that may never come in the Streets of the Undead. Desperate Rebels fight for control against oppressive Government forces seeking to enslave the citizens of a once free country. Forced into hiding to survive; the neo-Victorian steampunk movement is rising and the war is now on the Rebel’s doorstep. Will they escape the tyranny of the Iron Empire?

Halloween Haunt will also see the premiere of two new live shows that will deepen the Halloween experience. The Underworld explores the depths of the unknown with wicked feats of strength, balance, and athleticism in an electrifying cirque style spectacle. Be mesmerized by the pulsating power of the Blood Drums; a rapturous band of misfit drummers performing a percussive blood bath of rhythm and music, at Arthur’s Baye.

Halloween Haunt is designed to frighten and therefore not recommended for children. Most major park rides and attractions will be in operation. Guests are not permitted to attend the event in costume.

Joe Kleimanhttp://wwww.themedreality.com
Raised in San Diego on theme parks, zoos, and IMAX films, InPark's Senior Correspondent Joe Kleiman would expand his childhood loves into two decades as a projectionist and theater director within the giant screen industry. In addition to his work in commercial and museum operations, Joe has volunteered his time to animal husbandry at leading facilities in California and Texas and has played a leading management role for a number of performing arts companies. Joe previously served as News Editor and has remained a contributing author to InPark Magazine since 2011. HIs writing has also appeared in Sound & Communications, LF Examiner, Jim Hill Media, The Planetarian, Behind the Thrills, and MiceChat His blog, ThemedReality.com takes an unconventional look at the attractions industry. Follow on twitter @ThemesRenewed Joe lives in Sacramento, California with his wife, dog, and a ghost.
Share
Facebook
Twitter
Linkedin
Email
Print
WhatsApp
Pinterest
ReddIt
Tumblr
Previous article
Carowinds – SCarowinds Halloween Haunt
Next article
Parc Asterix – Peur sur le Parc