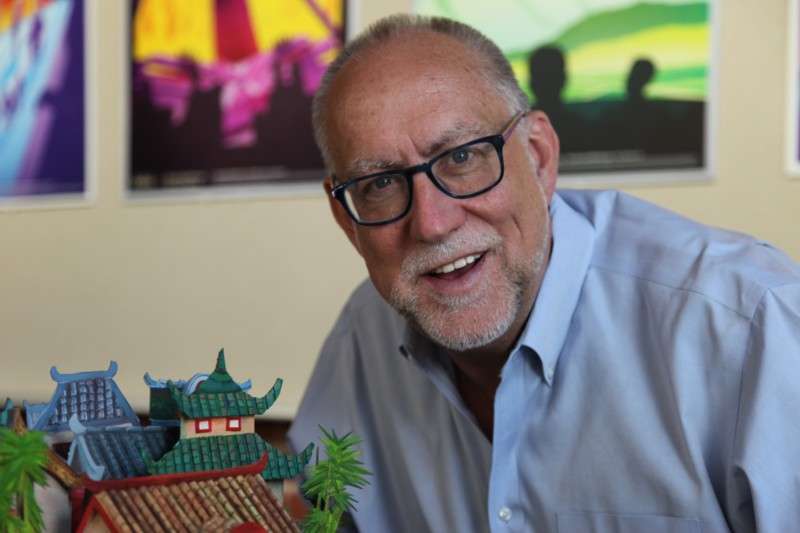 The 2018 recipient of the Buzz Price Thea Award Recognizing a Lifetime of Distinguished Achievements is none other than Phil Hettema, whose company, The Hettema Group (THG), you may recognize as having worked on several notable projects like The High Roller (Las Vegas) One World Observatory (New York) or Beyond All Boundaries (New Orleans).

But Phil is more than the orange-logo branded company that bears his name. We asked members of THG to help put together a timeline of Phil’s life and those distinguished achievements he’s being honored for.

Phil was also featured on our cover in 2017. InPark Editor Judith Rubin wrote about Phil and THG. Here are some notable quotes about Phil from the piece that appeared in InPark Magazine’s November issue (#70).

“I’ve known Phil for more than 30 years, having worked with him collaborating all the way back to the days at Disney,” said Jeffrey Katzenberg, a longtime collaborator and client, whose current company is WndrCo.

“Phil is one of the most innovative and creative and dynamic storytellers in the world of live experiences,” said Katzenberg. “He’s done so many amazing projects over the years – everything from Seuss Landing at Universal, to One World Observatory in New York. He’s just incredibly diverse and skilled at all the many elements of three dimensional storytelling. He is pretty unique.”

“Phil knows how to hold the vision through to the end,” said David Codiga [who worked with Phil on the High Roller observation wheel]. “He sees not only design aspects but guest experience and entertainment value. He instantly recognized that the High Roller had to be beautiful, streamlined, and aesthetically pleasing – not just a 30-minute ride over the skyline, but different from anything else you can do in Las Vegas. The challenge became how to create a completely spherical cabin; how to make the wheel itself a single tube. He pushed Arup (the engineering firm on the project) to see it.”

“One of the things I didn’t anticipate when I transitioned from the university to the museum world was the pleasure of working with creatives like Phil Hettema,” said Nick Mueller, co-founder (with the late Stephen Ambrose) of The National World War II Museum, which opened in 2000 in New Orleans. “But I knew Phil’s reputation
and work, and I wasn’t afraid of taking an experiential approach,” said Mueller.

“Phil is one of the most creative minds that I’ve encountered in the museum world or the attraction world; he immediately gets the core of the story,” said Mueller. “He is a wonderful storyteller and knows how to use technology to enhance the story in a powerful way. He listens to the client very carefully, and amazes you with what he comes back with. He’s a genius, an amazingly gifted individual.”

“Phil has built something bigger than himself,” said Joe Lanzisero [senior creative director at THG]. “He has infused this place with philosophies of design, empowerment of people, allowing them to be the best they can be, providing the most focused critique and insights into what you’re doing, based on years of building things and working with people. Deep in his heart, Phil is a showman first, understanding how to entertain people and put that sense of entertainment in whatever we do, engaging guests into the experience.”

We asked members of THG to put together the graphic below, to help convey the totality of that lifetime and those distinguished achievements for which he is being honored.

Joe Kleimanhttp://wwww.themedreality.com
Raised in San Diego on theme parks, zoos, and IMAX films, InPark's Senior Correspondent Joe Kleiman would expand his childhood loves into two decades as a projectionist and theater director within the giant screen industry. In addition to his work in commercial and museum operations, Joe has volunteered his time to animal husbandry at leading facilities in California and Texas and has played a leading management role for a number of performing arts companies. Joe previously served as News Editor and has remained a contributing author to InPark Magazine since 2011. HIs writing has also appeared in Sound & Communications, LF Examiner, Jim Hill Media, The Planetarian, Behind the Thrills, and MiceChat His blog, ThemedReality.com takes an unconventional look at the attractions industry. Follow on twitter @ThemesRenewed Joe lives in Sacramento, California with his wife, dog, and a ghost.
Share
Facebook
Twitter
Linkedin
Email
Print
WhatsApp
Pinterest
ReddIt
Tumblr
Previous articleThea Classic: Cedar Point
Next articleMOTIONGATE Dubai: Dreams in motion