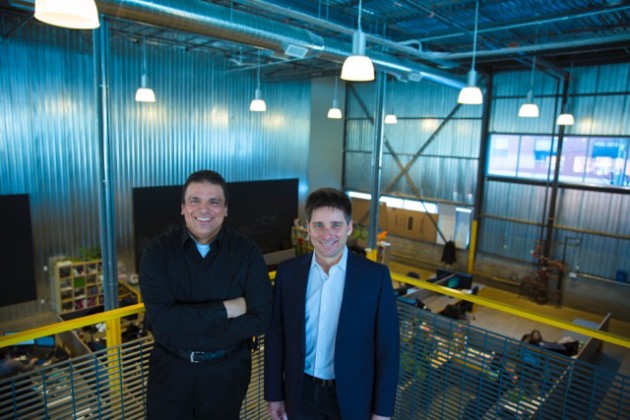 Montreal, QC, Canada (February 18, 2016) – Ernest Yale, founder and co-controlling shareholder of TRIOTECH, is proud to announce the appointment of Charles Décarie as the company’s Chief Operating Officer. Mr. Décarie, who until recently managed the operations of Cirque du Soleil, will now oversee all of TRIOTECH’s operations in Montreal and around the world.

“Charles will be my right-hand man and will play a leading role at TRIOTECH,” said Mr. Yale. “He will help define the company’s direction and lead its various teams.” He continued: “Recognized for their dynamism and innovative spirit, our teams have established a prominent place worldwide for their ambitious design projects in the field of immersive and interactive attractions for theme parks and tourism sites.”

Mr. Décarie brings a wealth of knowledge and valuable expertise to TRIOTECH. During a career of more than 15 years at Cirque du Soleil, he held many senior management positions, both at head office and in international markets, and was one of the architects of the company’s growth. Like Cirque du Soleil, TRIOTECH works in the entertainment and media sector and employs many artistic talents while ensuring the profitable growth of its business.

Both Mr. Yale and Mr. Décarie are delighted with this appointment, which will contribute to the continuation of TRIOTECH’s success in gaining a leading position in its industry, especially in the United States, China, Europe and Asia.

“I am very proud to be joining a dynamic and talented Montreal-based company that emphasizes innovation and creativity,” said Mr. Décarie. “TRIOTECH offers visually stunning and highly interactive experiences that stand out in the industry and has a huge development potential.”

Joe Kleimanhttp://wwww.themedreality.com
Raised in San Diego on theme parks, zoos, and IMAX films, InPark's Senior Correspondent Joe Kleiman would expand his childhood loves into two decades as a projectionist and theater director within the giant screen industry. In addition to his work in commercial and museum operations, Joe has volunteered his time to animal husbandry at leading facilities in California and Texas and has played a leading management role for a number of performing arts companies. Joe previously served as News Editor and has remained a contributing author to InPark Magazine since 2011. HIs writing has also appeared in Sound & Communications, LF Examiner, Jim Hill Media, The Planetarian, Behind the Thrills, and MiceChat His blog, ThemedReality.com takes an unconventional look at the attractions industry. Follow on twitter @ThemesRenewed Joe lives in Sacramento, California with his wife, dog, and a ghost.
Share
Facebook
Twitter
Linkedin
Email
Print
WhatsApp
Pinterest
ReddIt
Tumblr
Previous articleCreative Works Completes Latest LaserTAG360 Event
Next articleElectrosonic to Exhibit for First Time at Retail Design Expo in London