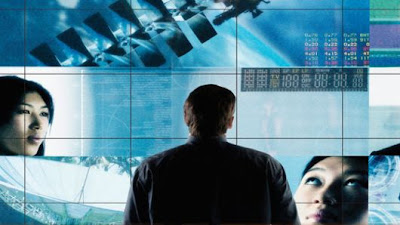 Kitchener, Ontario, Canada (January 12, 2012) — TELUS Spark, The New Science Centre is welcoming visitors with the help of 48 Christie® MicroTiles® and an assortment of Christie® projectors. The center opened October 29, 2011 in Calgary, Alberta for people of all ages and abilities to explore and discover science, technology and art in new ways.

The two-story tall atrium houses an 8 unit wide by 6 unit high Christie MicroTiles array set between the Feature Gallery and the gift store.
Christie MicroTiles are modular digital display tiles that can be stacked and clustered like building blocks to create display walls of any shape or scale. They are also “self-aware” – meaning that the sensors built into the MicroTiles automatically complete time-consuming and costly color calibration needed to keep conventional video walls looking uniform.

“The Atrium is where we have a space for discovery leaders and hosts to deliver presentations and for informing people about what is happening at the center,” said Dennis Cheng, audio video manager, TELUS Spark. “There is a very large picture window on the south side of the atrium that lets in a lot of sunlight. In fact, it lights up the entire atrium. We needed a technology to overcome that issue and the Christie MicroTiles came in as the solution. The MicroTiles are LED-based and were the only product bright enough to overcome that large amount of ambient light.”

“Looking down from the second floor of the atrium, the MicroTiles display still looks great,” added Barry Crean, vice president, Operations. “People look down at the display from any angle and are quite impressed by what they see. The MicroTiles look terrific.”

A second wall, comprising 22 Christie MicroTiles, slated for installation this year, will act as a donor wall to recognize large-scale donations.

In addition to the Christie MicroTiles, other Christie products are used throughout the facility.

Cheng explained that as a new building, TELUS Spark is poised to attract a wide variety of special events and the Atrium is the perfect place to stage these opportunities.

“Again, because of the ambient light on the south end of the atrium, we needed a projector to overcome the light challenges.The Christie Roadie HD+35K was the best option,” said Cheng.

“The Roadie projects 100 feet away onto a 30-foot by 16-foot screen that is suspended from a movable truss over 30 feet above the atrium floor.”

The center also has seven Christie DWU670-E 1-chip DLP® projectors with four dedicated to the Open Studio gallery. Catering to youth, the Open Studio allows participants to digitally paint with light or compose a symphony with color. The finished artwork or composition is then projected onto one of four screens.

Of the remaining three projectors, one is in the Being Human gallery and the other two are on mobile carts, used throughout the science center.

“We really like the look and performance of these single-chip projectors,” added Cheng. “They work exceptionally well and were the ideal wide-screen choice for our needs.”

“We had a walkthrough with some technology experts and they recognized that by choosing Christie projectors, we had chosen high quality and cutting edge technology. Once we decided on Christie, everything – including delivery of the products – happened very quickly,” Crean concluded.

“We worked closely with Geoff Chick (Central and Western Regional Sales Manager, Canada) and Dave Muscat (Senior Director of Sales, Canada) – who were very responsive throughout the process. Having great products means we have the potential to achieve great things with our exhibits.”

Christie Digital Systems Canada Inc. is a global visual technologies company and is a wholly-owned subsidiary of Ushio, Inc., Japan, (JP:6925). Consistently setting the standards by being the first to market some of the world’s most advanced projectors and complete system displays, Christie is recognized as one of the most innovative visual technology companies in the world. From retail displays to Hollywood, mission critical command centers to classrooms and training simulators, Christie display solutions and projectors capture the attention of audiences around the world with dynamic and stunning images. Visit www.christiedigital.com
Subscribe to InPark for FREE!
Submit your news

Joe Kleimanhttp://www.themedreality.com
Raised in San Diego on theme parks, zoos, and IMAX films, Joe Kleiman would expand his childhood loves into two decades as a projectionist and theater director within the giant screen industry. In addition to his work in commercial and museum operations, Joe has volunteered his time to animal husbandry at leading facilities in California and Texas and has played a leading management role for a number of performing arts companies. Joe has been News Editor and contributing author to InPark Magazine since 2011. HIs writing has also appeared in Sound & Communications, LF Examiner, Jim Hill Media, and MiceChat. His blog, ThemedReality.com takes an unconventional look at the attractions industry. Follow on twitter @themedreality Joe lives in Sacramento, California with his fiancé, two dogs, and a ghost.
Share
Facebook
Twitter
Linkedin
Email
Print
WhatsApp
Pinterest
ReddIt
Tumblr
Previous articleZeiss Donates £110,000 in Digital Planetarium Equipment to Liverpool Museum
Next articleOnline Registration Begins Feb 7 For IAAPA’s Asian Attractions Expo in Hong Kong