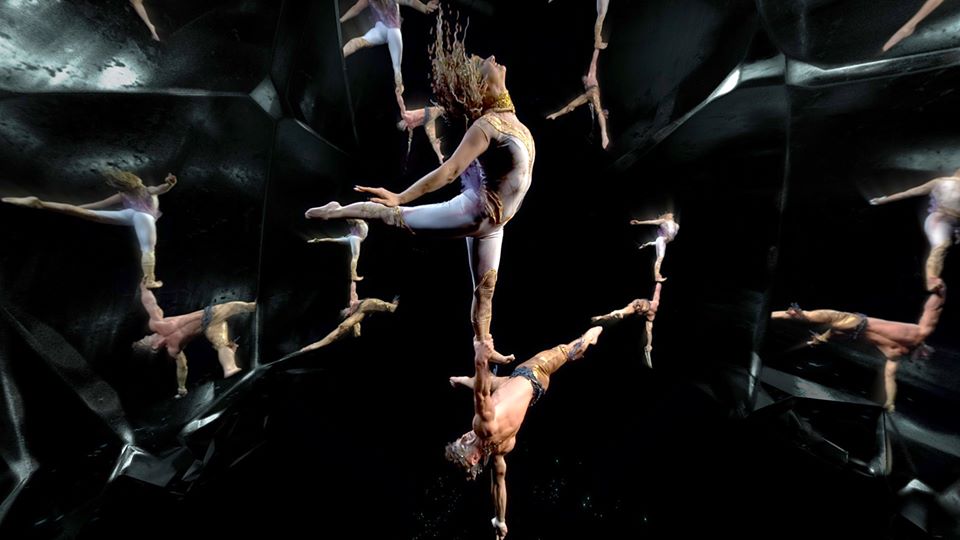 Cirque du Soleil Entertainment Group (“Cirque du Soleil,” “Cirque,” or the “Company”) announced today that it and certain of its affiliated companies have filed for protection from creditors under the Companies’ Creditors Arrangement Act (“CCAA”) in order to restructure its capital structure. Its application under the CCAA will be heard by the Superior Court of Québec (Commercial Division) (the “Court”). If the Court grants the initial order sought, the Company will seek its immediate provisional recognition in the United States under Chapter 15 of the US Bankruptcy Code in the United States Bankruptcy Court.

In connection with the filing, Cirque du Soleil announced that it has entered into a “stalking horse” purchase agreement (“Purchase Agreement”) with its existing shareholders TPG, Fosun, and Caisse de dépôt et placement du Québec (the “Sponsors”) as well as Investissement Québec as a debt provider, pursuant to which the Sponsors would acquire substantially all of the Company’s assets, for a combination of cash, debt, and equity, and would establish two funds totaling US$20 million to provide additional relief to impacted employees and independent contractors. Subject to the Court’s approval, the Purchase Agreement will serve as the “stalking horse” bid in a sale and investment solicitation process (“SISP”) supervised by the Court and the monitor, who will be appointed by the Court. The Purchase Agreement sets the floor, or minimum acceptable bid, for an auction of the Company under the Court’s supervision pursuant to the SISP, which is designed to achieve the highest value available or otherwise best offer for the Company and its stakeholders.

Under the terms of the proposed Purchase Agreement, the Sponsors will inject US$300 million of liquidity into the restructured business to support a successful restart, provide relief for Cirque du Soleil’s affected employees and partners, and assume certain of the Company’s outstanding liabilities, including with respect to ticketholders affected by the cancellation of the shows. As part of this US$300 million, Investissement Québec will provide US$200 million in debt financing to support the proposed acquisition. The Purchase Agreement provides Cirque du Soleil’s existing secured creditors with US$50 million of unsecured, takeback debt in addition to a 45 percent equity stake in the restructured Company, and repayment of an interim loan made by certain first lien lenders in an amount of US$50 million. The proposed Purchase Agreement further provides, as part of the US$300 million of liquidity, for the creation of a dedicated US$15 million employee fund to provide financial assistance to terminated employees, and a dedicated US$5 million contractor fund to pay outstanding Company obligations to artisans and freelance artists. It also includes key undertakings for the Québec community in which Cirque du Soleil has deep roots, such as maintaining Montréal, Quebec, as the businesses’ headquarters, with a view to keeping the core of this important cultural asset in Quebec.

Cirque’s Transaction Committee, which was put in place by the Board to carry out a fair and an independent process with the assistance of the Company’s advisors, is encouraged by the high level of interest that Cirque du Soleil has generated from potential investors during this phase of the SISP. After evaluating the proposals received in the SISP’s first phase, the Transaction Committee recommended, and the Board of Directors approved (with the representatives of the existing shareholders and Sponsors abstaining from voting), the Purchase Agreement as being in the best interest of all stakeholders, including its employees and creators. Among other things, the Purchase Agreement contemplates a lower level of post-restructuring debt relative to other bids, has no break fee associated with it and was the only bid to provide dedicated employee and contractor funds together with meaningful assumption of liabilities and significant commitments to Quebec operations. The Sponsors’ bid was notably the sole fully documented and binding bid received, allowing the Company to meaningfully advance toward an eventual restart by launching the in-court process immediately. The Transaction Committee and the Board of Directors also believe that a transaction with the Sponsors will serve to ensure the Company’s sustainability, as the Board of Directors seeks to deal seriously and thoughtfully with the high level of uncertainty facing the Company before it can re-launch its business operations at scale.

“For the past 36 years, Cirque du Soleil has been a highly successful and profitable organization. However, with zero revenues since the forced closure of all of our shows due to COVID-19, management had to act decisively to protect the Company’s future,” said Daniel Lamarre, President and CEO of Cirque du Soleil Entertainment Group. “The Purchase Agreement and SISP provide a path for Cirque to emerge from CCAA protection as a stronger Company. The robust commitment from the Sponsors – which includes additional funds to support our impacted employees, contractors and critical partners, all of whom are important to Cirque’s return – reflects our mutual belief in the power and long-term potential of our brand. I look forward to rebuilding our operations and coming together to once again create the magical spectacle that is Cirque du Soleil for our millions of fans worldwide.”

As a necessary part of its restructuring and eventual plans to restart operations, Cirque du Soleil announced critical steps related to employees, including the termination of employment of approximately 3,480 employees previously furloughed in March following the halt in revenue caused by the government-mandated shutdowns in response to the COVID-19 pandemic. This termination allows employees to maximize and accelerate the financial compensation that they can obtain by immediately receiving payment on account of all accrued vacation time and gaining access to the Canadian federal Wage Earners Protection Program and other unemployment assistance programs. The Sponsors’ bid and related restart plan includes a number of considerations for employees, including the creation of $15 million in assistance funds for those whose employment has been terminated and the intent to rehire a substantial majority of terminated employees, business conditions allowing, once and as mandatory shutdowns are lifted and operations can resume. Given resident shows in Las Vegas and Orlando are expected to resume before the rest of the Company’s shows, the artists and show staff of the Resident Shows Division are not affected by this measure to allow for a swift and efficient return as soon as the ban on gatherings is lifted and show operations can resume.

As part of its solicitation of proposals in its sale process, the Company asked that the potential bidders to specify their intentions with regard to Cirque’s terminated employees, including financial compensation for these employees, the maintaining of the operations in Quebec, and a clear path to rebuilding operations, all of which have been and will continue to be material considerations of the Company taken into account as part of the SISP.

Throughout this process, the Company has been represented by Stikeman Elliott LLP, Kirkland & Ellis LLP, National Bank Financial Inc. and Greenhill & Co.

Joe Kleimanhttp://wwww.themedreality.com
Raised in San Diego on theme parks, zoos, and IMAX films, InPark's Senior Correspondent Joe Kleiman would expand his childhood loves into two decades as a projectionist and theater director within the giant screen industry. In addition to his work in commercial and museum operations, Joe has volunteered his time to animal husbandry at leading facilities in California and Texas and has played a leading management role for a number of performing arts companies. Joe previously served as News Editor and has remained a contributing author to InPark Magazine since 2011. HIs writing has also appeared in Sound & Communications, LF Examiner, Jim Hill Media, The Planetarian, Behind the Thrills, and MiceChat His blog, ThemedReality.com takes an unconventional look at the attractions industry. Follow on twitter @ThemesRenewed Joe lives in Sacramento, California with his wife, dog, and a ghost.
Share
Facebook
Twitter
Linkedin
Email
Print
WhatsApp
Pinterest
ReddIt
Tumblr
Previous article
Right place, write time
Next article
Connect&GO launches Safeband physical distancing and contact tracing solution