The Los Angeles Times reports that a key provision in allowing the plan to go forward was NBC Universal’s agreement to invest in bike paths on the property:

“The bike path along the L.A. River was a key demand of environmentalists and bicycle enthusiasts, who were among the most vocal opponents of NBCUniversal’s original expansion plan.

“On Thursday, the movie and television production company agreed to commit more than $3.3 million for planning, construction and improvement of future bikeways between the movie studio and the waterway and bike-related facilities on nearby streets.” 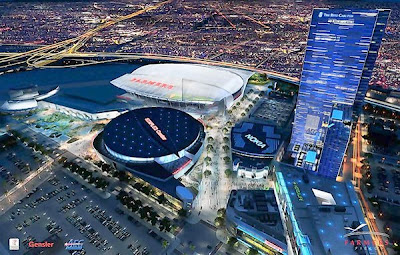 AEG owns and/or operates a number of arenas, stadiums, convention centers, and concert venues worldwide, as well as two UEC’s, the O2 in London (formerly the Millennium Dome) and LA Live, adjacent to the Los Angeles Convention Center, and which is comprised of two luxury hotels, the Grammy Museum, a movie complex, residential development, shopping and dining options, the Nokia Live theater, and the Staples Center sports arena, home of the Los Angeles Lakers and Clippers of the NBA and the Los Angeles Kings of the NHL. 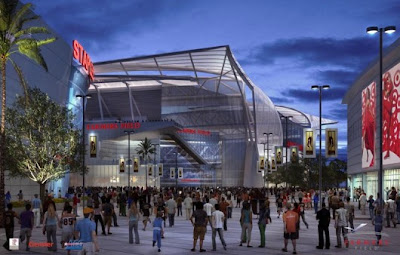 Los Angeles has been given priority by the NFL for a new team as, since the mid-90’s, it has been the largest metropolitan market without a franchise.

Joe Kleimanhttp://wwww.themedreality.com
Raised in San Diego on theme parks, zoos, and IMAX films, InPark's Senior Correspondent Joe Kleiman would expand his childhood loves into two decades as a projectionist and theater director within the giant screen industry. In addition to his work in commercial and museum operations, Joe has volunteered his time to animal husbandry at leading facilities in California and Texas and has played a leading management role for a number of performing arts companies. Joe previously served as News Editor and has remained a contributing author to InPark Magazine since 2011. HIs writing has also appeared in Sound & Communications, LF Examiner, Jim Hill Media, The Planetarian, Behind the Thrills, and MiceChat His blog, ThemedReality.com takes an unconventional look at the attractions industry. Follow on twitter @ThemesRenewed Joe lives in Sacramento, California with his wife, dog, and a ghost.
Share
Facebook
Twitter
Linkedin
Email
Print
WhatsApp
Pinterest
ReddIt
Tumblr
Previous articleWorld Waterpark Association Symposium and Trade Show Set to Begin in Las Vegas
Next articleBallgowns at the V&A