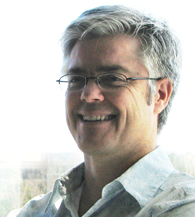 Roux brings significant experience in building and running global multi-disciplinary creative and business groups. Prior to serving as IDSA CEO from 2009 to 2012, he spent 15 years leading creative units for Philips Design, the product design arm of Royal Philips Electronics, The Netherlands.

As CEO of IDSA, Roux led the world’s largest industrial design association from a shrinking membership and financial position to a strong growth track and reinvention for the 21st century. His approach focused on setting clear operational and financial goals, redesigning the budget and strategic planning process to create realistic targets and focus on member needs, adding new and strengthening existing educational programs, and redesigning IDSA’s digital presence, resulting in more than 50% growth in traffic and added member promotion platforms.

“Clive brings an amazing skill set to SEGD,” says Amy Lukas, SEGD President and Partner with Infinite Scale. “We’re thrilled to welcome him to our community and look forward to seeing SEGD benefit from his broad experience in managing business, creative, and marketing functions across the spectrum from a design association to a large multinational corporation.”

A native of South Africa, Roux graduated with a bachelor of technology in industrial design from the University of Johannesburg. He started his industrial design career at Philips’ Eindhoven headquarters as senior designer, large screen television. In 1993, he relocated to Hong Kong as part of a turnaround team tasked with bringing Philips’ portable audio business back to profitability. From 1993 to 1999, as Branch Manager and then Senior Design Manager for Philips Global Audio, Roux developed multidisciplinary design studios in Hong Kong, Singapore, and Vienna, and a satellite studio in India. During this time, he introduced a research-based, consumer-focused, analytical approach to design that gained the trust of the business and trade alike. He was instrumental in defining the visual design language of Philips audio products and packaging and achieving global market-share leadership in four of the seven audio market categories for Philips.

In 2000, Roux became Senior Design Director for Philips Consumer Electronics in the U.S. In this role he supported the development of the Philips brand in the U.S., and was responsible for creating visual communications and websites supporting the introduction of new products and technologies. From 2003 to 2007, he was Senior Director of new business and design research in the U.S., creating a successful sales and marketing function to drive the development of design consulting with companies outside of the Philips group. He also developed thought leadership in the area of retail and a U.S. voice for the global design research team. In this role, he achieved new business growth of more than 100% a year for four years. Roux developed relationships with Fortune 500 companies including Procter & Gamble, Coca-Cola, and General Motors, delivering one of the biggest projects for GM in 2006, when he and a team of 50 completed a demonstration of the potential for future in-car consumer experiences in a fully working car prototype.

From 2007 to 2009, Roux was Chief Marketing Officer for Baumgartens, an Atlanta-based family-owned office products supplier. There, he applied his product management, design, and branding expertise to helping transform the company from a wholesale suppler to a consumer-driven, environmentally friendly brand-led supplier.

Roux will be based in SEGD’s Washington, D.C., headquarters.

“I’m excited to be able to contribute to the growth of SEGD,” says Roux. “ The intersection of communication and the built environment will become even more important in the near future. In the 1990s I did a lot of design research into the future of technology with Philips Design. We predicted smart handheld devices —and smart phones and pads delivered that promise in the early 2000s. It was predicted that these devices would then give way to intelligent environments as we continued to dematerialize our culture. This is one part of the intersection that SEGD represents as the world moves from devices to smart environments.”

“Exciting times lie ahead for SEGD and its members!” he continues. “We have to ensure that we have a stable, effective platform for SEGD to operate on. That is our first order of business for 2013.”

SEGD is the global community of people working at the intersection of communication design and the built environment.

Joe Kleimanhttp://wwww.themedreality.com
Raised in San Diego on theme parks, zoos, and IMAX films, Joe Kleiman would expand his childhood loves into two decades as a projectionist and theater director within the giant screen industry. In addition to his work in commercial and museum operations, Joe has volunteered his time to animal husbandry at leading facilities in California and Texas and has played a leading management role for a number of performing arts companies. Joe has been News Editor and contributing author to InPark Magazine since 2011. HIs writing has also appeared in Sound & Communications, LF Examiner, Jim Hill Media, and MiceChat. His blog, ThemedReality.com takes an unconventional look at the attractions industry. Follow on twitter @ThemesRenewed Joe lives in Sacramento, California with his fiancé, two dogs, and a ghost.
Share
Facebook
Twitter
Linkedin
Email
Print
WhatsApp
Pinterest
ReddIt
Tumblr
Previous articleNewest Discovery Place KIDS Museum to Open February 23
Next article"The Hobbit" Release Marks Widest Number of Formats in Digital Age in Both Conventional and Giant Screen Cinema