Craig Hanna: Beijing’s Monkey Kingdom theme park will be a world-class major destination and a unique offering in the theme park genre, possibly tied to a major motion picture 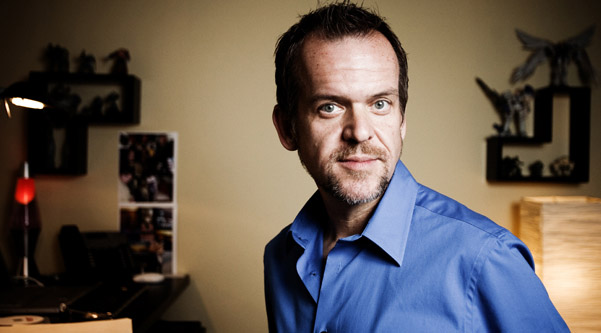 Monkey King Co. Ltd, a subsidiary of the real estate, financial and cultural industry investment enterprise Zhonghong Real Estate announced on May 28 that Thinkwell Group would design the park, which will form the first phase of a planned, major mixed-use complex and total investment of 10billion RMB ($1.53billion USD). See the original press release here.

Judith Rubin: How did Thinkwell secure the contract for this job?

Craig Hanna: We have been working with Chairman Wang for about one-and-a-half years, thru our representation in the region. Thinkwell started on the blue-sky phase of the project about a year ago.

JR: Is three years from now to opening a little bit of a fast track?

JR: The project is described as “highly immersive.” Can you elaborate?

CH: Unlike other visitor attraction projects in China that are by and large amusement parks with some level of theming, this one is based on a vision of a world-class theme park. It has pushed Thinkwell creatively, resulting in what I believe is one of the best designs we have ever done. The environments are extraordinarily rich and detailed, and the park will include a number of proprietary attractions that are very innovative and which I believe will be unique not only to China but to the world. I have to hand it to Chairman Wang for wanting to have that level of offer in China. And of course it will utilize media, technology and all the best theme park techniques in our repertoire.

JR: Please talk about the cross-cultural collaboration in the application of the Monkey King theme and the overall project.

CH: The Monkey King exists in a series of fables and stories with 100% penetration in China. The closest you could liken it to in the US is Santa Claus. Every man, woman and child in China, from the oldest to the youngest, knows what the Monkey King looks like, about his adventures and the ancillary characters. That is an incredible breadth and depth of storytelling to tap into.

The challenge to us as a Western firm is knowing how to tap into the zeitgeist of China – to know and fulfill their expectations in telling these stories. It’s not unlike the challenge Peter Jackson had with the Lord of the Rings movies: there was an existing impression in fans’ minds of what these characters looked like based on Tolkien’s original books, and he had to get it right. Jackson went to Lord of the Rings fans, and what he learned informed his filmmaking; Thinkwell brought in a world-renowned specialist on Monkey King, and that specialist’s insight and guidance inform the design of this project.

It’s not going to be 100% Monkey King: we are also including many elements of Chinese culture, architecture and history, and melding these elements to create a new, characteristic look and feel.

JR: Will Thinkwell also be overseeing the construction phase?

JR: Who are primary members of Thinkwell’s team for this project?

CH: Paul Redding as Project Director and Dave Cobb as Creative Director under my direction as Chief Creative Officer – with the rest of the team to be announced soon.

JR: What’s the next phase?

CH: We are rapidly deploying now to begin schematic design.

JR: The movie tie-in that was announced points to an intriguing trans-media business model.

CH: We are working with a major studio in Hollywood to partner with our client to create a major international motion picture release that would creatively integrate with the development of the park. Consider early Disneyland: a lot of that park was based on already-released motion pictures that people already had an affinity for, and of which there was a high level of awareness. It’s not unlike Universal doing an attraction based on Men in Black or Harry Potter. In this case, we’re working with a classic series of stories that have been around for hundreds of years, and – in what I believe is a first – bringing in a Western movie studio to create a world class release with an instant tie-in to that intellectual property and to this new theme park.

JR: So, with that business model, you stand to bring Chinese culture to the West and to the world at large in a way hasn’t happened before.

JR: Monkey Kingdom is part of the plan for a very large and ambitious mixed-used complex with more than one conference center, more than one exhibition hall and several hotels. What is the timeline for all these other components?

CH: Phase One includes the theme park and some other components of the entertainment district, plus a hotel.

JR: Are the Chinese making the most of what US theme park industry veterans have to offer? Is this project an example of a good balance in that regard?

CH: I think the Monkey Kingdom theme park is a great example of the collaboration between East and West, bringing together our knowledge and expertise in design, technology and implementation with their culture, their construction knowhow and their real estate expertise. In my opinion this is the only way you can create a world-class theme park project in China.

JR: Based on your experience working in this market, what should Chinese project developers and operators keep in mind as they create these attractions and complexes?

CH: Many developers in China are only considering the very first piece of the puzzle which is land use plus a concept. But – if you are planning on seeing it all the way through – you have to look to implementation: how to get it done with a quality result that fulfills the intent, and to operations. To that end, Management Resources is a key partner with us on this project and they are bringing their world-class expertise in park operations to the task. Thinkwell has worked hand in hand with Management Resources many times and we value their level of input on the planning and implementation side of things – to make sure what we designed actually can function.

A lot of pieces have to fall into place in the making of a theme park. This client has resources and a solid track record in real estate in China. They have the land and they’ve brought in the appropriate expertise (and I’m not just referring to Thinkwell) to get the job done, along with an amazing intellectual property. I think all those things point to a great level of success. With an amazing vision, the right business expertise a solid company, Chairman Wang has what it takes to pull all this off.

Judith Rubin
Judith Rubin ([email protected]) is a leading journalist, publicist, strategist, blogger, content marketing specialist and connector in the international attractions industry. She excels at writing about all aspects of design and technical design, production and project management. Areas of special interest include AV integration and show control, lighting design and acoustics, specialty cinema, digital video and world’s fairs. Judith has ties to numerous industry organizations. From 2005-2020 she ran communications, publications and social media for the Themed Entertainment Association (TEA). In 2013, she was honored with the TEA Service Award. She was development director of IMERSA, and co-chair of the 2014 IMERSA Summit. She was publicist for the Large Format Cinema Association in the 1990s, now part of the Giant Screen Cinema Association (GSCA) and has also contributed to the publications of PLASA, IAAPA and the International Planetarium Society. Already making her mark as a magazine and book editor, Judith joined World’s Fair magazine in 1987, which introduced her to the attractions industry. Launching as a freelancer in the mid 1990s she has contributed to dozens of publications and media outlets including Funworld, Lighting&Sound America, Sound & Communications, Urban Land, The Raconteur and The Planetarian. She joined InPark in 2010. Judith earned a Bachelor of Fine Arts from Pratt Institute. She has lived in New York City and the San Francisco Bay Area, and now makes her home in Saint Louis, where she is active in the local arts and theater community.
Share
Facebook
Twitter
Linkedin
Email
Print
WhatsApp
Pinterest
ReddIt
Tumblr
Previous articleNew Kohl’s Wild Theater at the Milwaukee County Zoo Premiers May 28
Next articleSources: Comcast to buy all of Universal Orlando