“We’re trying to create a space that can house a variety of art exhibits and be different from the typical art museum or history museum. We wanted something downtown.”
–Jessie Gillam, Imagine That! Design & Production Inc. 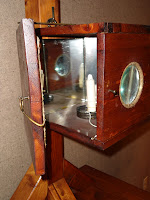 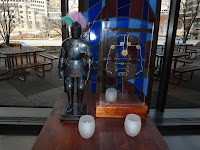 Some 60 items brought to life from notes and drawings by the maestro, from the manuscript collection known as the “Codices of Leonardo da Vinci,” comprise the traveling exhibition, “Da Vinci Machines,” created by Niccolai Teknoart SNC (Firenze) Artisans of Florence Pty Ltd., in association with the Museum of Leonardo da Vinci. 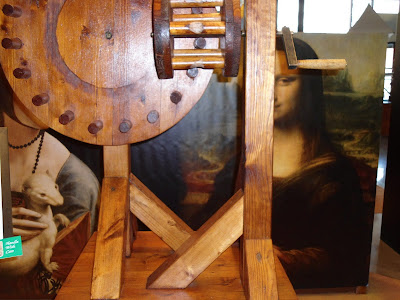 The objects are working models, handcrafted primarily of wood, metal and cloth, in five groups, reflecting this quintessential Renaissance Man’s tinkerings with ideas for flying machines, instruments of war, practical industrial and agricultural implements, an infinity chamber of mirrors, boats and transport. There are also a robot and – said to be the first time in the US – Leonardo’s famous mechanical lion. 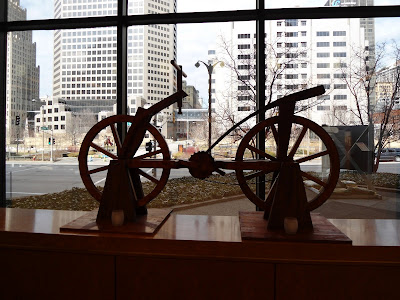 In many cases, visitors can interact with the objects: turn cranks, manipulate hoists, etc. and observe their operation. They are accompanied by several related videos and reproductions of the Codices as well as a selection of famous Leonardo paintings and an array of merchandise. Local sponsor of Da Vinci Machines was the weekly Riverfront Times. Additional sponsorship is provided by Northstar Imports, which imports sugarless wine from Uruguay. 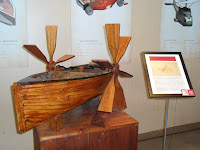 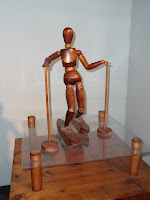 According to sales rep Jessie Gillam, who is based in St Louis and works with the company that manages the exhibit in North America, Imagine That! Design & Production Inc. (Las Vegas), Da Vinci Machinesaverages four months per stop but was popular enough in Saint Louis to remain for seven and a half months. While declining to give exact attendance numbers, Gillam said, “The St. Louis Schools and community embraced us; we had more than 100 school groups, and the da Vinci exhibit was extended twice.” 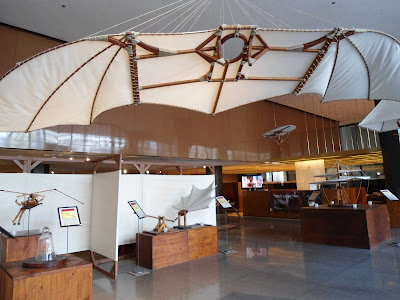 Rather than book the exhibit into museums, the distributor negotiates leases in private spaces. In Saint Louis, Da Vinci Machines was shown to good advantage at 800 Market Street, in a former bank lobby on the first floor of a commercial building downtown. The exhibitors found that very few 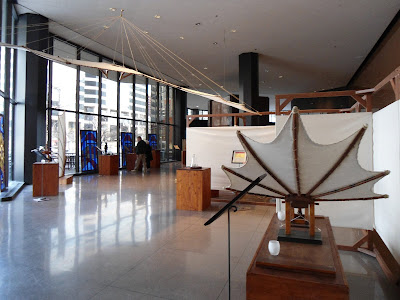 changes, other than a few partitions and some seating, were needed to make the space work. “We had all the setup we needed,” says Gillam. “It worked out very well with the existing bank counters and the offices in back. It’s a beautiful space with good light and wraparound walls; we’ve been very happy. We changed out some of the light bulbs but the fixtures were already installed.” Individual tickets ranged from $9 to $14 with a special $40 price for family groups of 5. It was not far from Busch Stadium and stayed open late on baseball game nights. 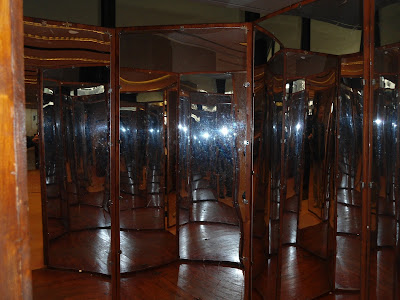 Da Vinci Machines does not rely on original artifacts, but rather gets its authenticity from Teknoart’s standing as an historical expert and its endorsement from the Italian Government. Three iterations of the exhibit were launched in 2002 – one for North America, one for Asia, and one for Europe – and have been on the road ever since. Teknoart’s other traveling exhibits include Da Vinci Robots (reported a huge hit in Mumbai); Julius Caesar and Michaelangelo. 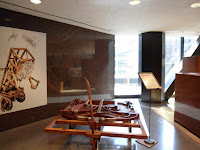 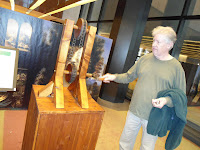 Da Vinci Machines concluded its Saint Louis run March 31 and is now on its way to Denver, but Imagine That! is holding onto the 15,000 square foot space and planning to bring in a new exhibit by summer 2012. 800 Market Street is in a very accessible part of downtown with good business traffic, that has lately seen promising cultural developments such as the award winning CityGarden, an outdoor sculpture and fountain park; and the recently restored and reopened Peabody Opera House (formerly the Kiel Opera House). “The building owners are happy with the arrangement,” says Gillam. “The exhibit 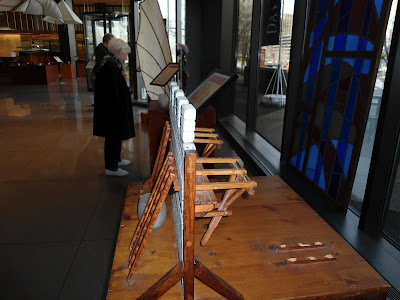 was good for the building. The space had been vacant for 7-8 years prior to our moving in, in July 2011. We’re trying to create a space that can house a variety of art exhibits and be different from the typical art museum or history museum. We wanted something downtown.” The next exhibit may be one of Teknoart’s offerings or it may be from a different distributor. Interested parties may contact Jessie Gillam at [email protected].
Find more articles about museums, exhibit design and cultural attractions in the IPM Article Archives.

Judith Rubin
Judith Rubin ([email protected]) is a leading journalist, publicist, strategist, blogger, content marketing specialist and connector in the international attractions industry. She excels at writing about all aspects of design and technical design, production and project management. Areas of special interest include AV integration and show control, lighting design and acoustics, specialty cinema, digital video and world’s fairs. Judith has ties to numerous industry organizations. From 2005-2020 she ran communications, publications and social media for the Themed Entertainment Association (TEA). In 2013, she was honored with the TEA Service Award. She was development director of IMERSA, and co-chair of the 2014 IMERSA Summit. She was publicist for the Large Format Cinema Association in the 1990s, now part of the Giant Screen Cinema Association (GSCA) and has also contributed to the publications of PLASA, IAAPA and the International Planetarium Society. Already making her mark as a magazine and book editor, Judith joined World’s Fair magazine in 1987, which introduced her to the attractions industry. Launching as a freelancer in the mid 1990s she has contributed to dozens of publications and media outlets including Funworld, Lighting&Sound America, Sound & Communications, Urban Land, The Raconteur and The Planetarian. She joined InPark in 2010. Judith earned a Bachelor of Fine Arts from Pratt Institute. She has lived in New York City and the San Francisco Bay Area, and now makes her home in Saint Louis, where she is active in the local arts and theater community.
Share
Facebook
Twitter
Linkedin
Email
Print
WhatsApp
Pinterest
ReddIt
Tumblr
Previous articleDisney Cruise Line’s Newest Ship, Disney Fantasy, Christened in New York by Mariah Carey
Next articleJack Hanna Returns to SeaWorld Orlando