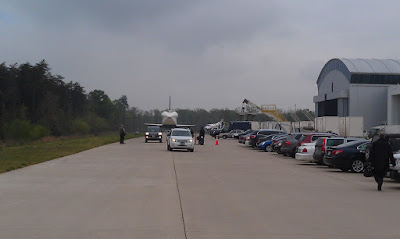 Chantilly, VA (April 27, 2012) — Presented here are photos of the Transfer Ceremony of the space shuttle Discovery from NASA to the Smithsonian Institution on April 21, 2012, along with photos of Discovery parked in its new home, the space formerly occupied by space shuttle Enterprise, in the James S McDonnell Space Hanger at the National Air & Space Museum’s Udvar-Hazy Center.  Discovery’s new mission at the Smithsonian will be one of public education.  In the photos where both shuttles are present, Enterprise is colored a bright white, while Discovery’s hull is darkened due to intense heat from atmospheric reentry.  Enterprise was flown atop a modified 747 to New York City this morning and will be moved by barge to the Intrepid Air, Sea, and Space Museum in Manhattan later this Summer.  All photos are by H M Williamson and are posted here with the approval of the photographer.

For more on the space shuttles’ transition to museums, click here for the latest issue of InPark Magazine 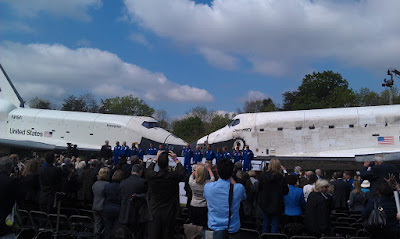 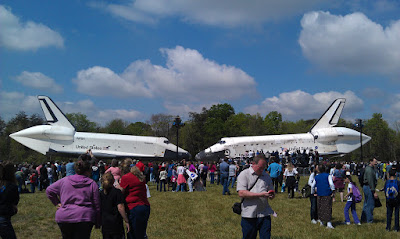 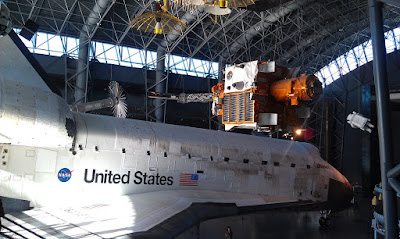 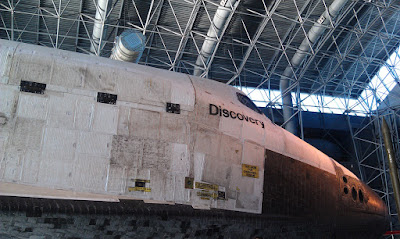 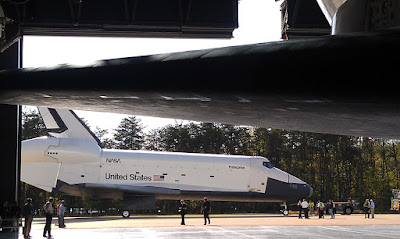 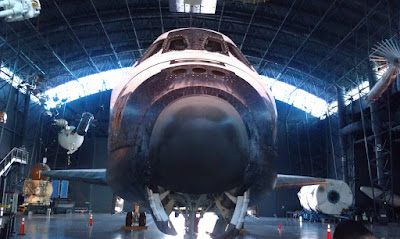 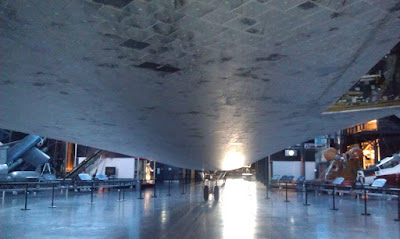 Joe Kleimanhttp://www.themedreality.com
Raised in San Diego on theme parks, zoos, and IMAX films, Joe Kleiman would expand his childhood loves into two decades as a projectionist and theater director within the giant screen industry. In addition to his work in commercial and museum operations, Joe has volunteered his time to animal husbandry at leading facilities in California and Texas and has played a leading management role for a number of performing arts companies. Joe has been News Editor and contributing author to InPark Magazine since 2011. HIs writing has also appeared in Sound & Communications, LF Examiner, Jim Hill Media, and MiceChat. His blog, ThemedReality.com takes an unconventional look at the attractions industry. Follow on twitter @themedreality Joe lives in Sacramento, California with his fiancé, two dogs, and a ghost.
Share
Facebook
Twitter
Linkedin
Email
Print
WhatsApp
Pinterest
ReddIt
Tumblr
Previous articleNew Concept Art for Epcot’s Test Track Presented by Chevrolet
Next articlePick Up 2012 Museums Issue of InPark Magazine and Meet the Editors at AAM