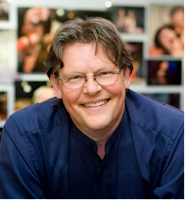 Burbank, CA, USA — With over 30 years of professional experience, Alan Bruun is a prolific Show Director and writer for new projects and special events, creating high profile live entertainment around the country and internationally. He has recently returned to his home state of California to take the role of Creative Director of Entertainment for the Disneyland Resort.

As a director of over 60 professional productions of opera, musical theatre and drama, Alan’s productions have included Sweeney Todd, Madama Butterfly, The Fantasticks, Oklahoma!, Master Harold and The Boys, Assassins, Galileo, My Fair Lady, Romeo and Juliet , Arcadia, Urinetown and The Constant Wife.

Tom Zofrea’s Disney career began during the summer before he started college, when he worked as a fountain host at Coke Corner. Even while pursing his B.A. in Theater Arts at Cal State Long Beach, Tom continued to work at Disneyland, in a series of roles ranging from food service to retail.

Tom then set out to earn his M.F.A. in Theater Design at Rutgers University, returning during Christmas and summer breaks to work at Disneyland. After he obtained his graduate degree, Tom worked in a variety of roles: as Designer/Teacher for William Patterson College, as Property Master for Playwrights Horizons (Off-Broadway), and as Set Designer for the Yates Musical Theater.

At The Disneyland Resort, Tom took on the role of Scenic Artist beginning in 1988 while continuing to design productions for local theatres as well. He left Disney to serve as Resident Prop Master for South Coast Repertory, returning two years later to become an Art Director at Disneyland.

Tom currently holds the title of a Senior Art Director, overseeing a wide array of projects that include the Innoventions Dream Home, The Magic of Brother Bear, Big Thunder Ranch, the nighttime spectacular, Luminaria, and The Magic, The Memories and You!

Tom served as a Founding Member and Set Designer of Incline Theater Company in Los Angeles as well as Founding Member and Resident Set Designer for GO-FAME Youth Theatre Company. Tom enjoys giving back to the community. He currently participates in a mentoring program for Harbor High School in Anaheim and has served as scoutmaster for the Boy Scouts of America. Tom currently holds the title of Adjunct Professor at Cerritos College.

Joe Kleimanhttp://wwww.themedreality.com
Raised in San Diego on theme parks, zoos, and IMAX films, InPark's Senior Correspondent Joe Kleiman would expand his childhood loves into two decades as a projectionist and theater director within the giant screen industry. In addition to his work in commercial and museum operations, Joe has volunteered his time to animal husbandry at leading facilities in California and Texas and has played a leading management role for a number of performing arts companies. Joe previously served as News Editor and has remained a contributing author to InPark Magazine since 2011. HIs writing has also appeared in Sound & Communications, LF Examiner, Jim Hill Media, The Planetarian, Behind the Thrills, and MiceChat His blog, ThemedReality.com takes an unconventional look at the attractions industry. Follow on twitter @ThemesRenewed Joe lives in Sacramento, California with his wife, dog, and a ghost.
Share
Facebook
Twitter
Linkedin
Email
Print
WhatsApp
Pinterest
ReddIt
Tumblr
Previous articleDan Pearlman Creating £30 million Islands Concept for Chester Zoo
Next articleOhio’s The Beach Waterpark Closing Today After 27 Years of Operation