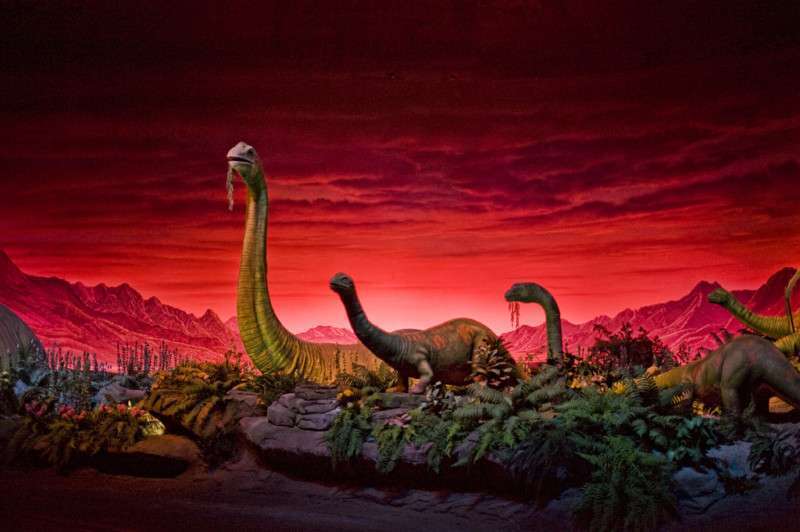 Today at the Smithsonian Institution’s National Museum of American History’s Warner Bros. Theater, Bob Chapek, Chairman Disney Parks, Experiences, and Consumer Products, and John Gray, the Elizabeth MacMillan Director of the National Museum of American History, jointly announced that Disney’s theme parks will make the largest single artifact donation in the history of the museum. The donation and transfer of artifacts, which range from giant snowflakes to theme park dinosaurs, is expected to be completed by August 2019.

Highlights of the collection being transferred to the museum, which will be showcased in a brand new exhibition hall, include:

The sets from Disneyland’s legendary “Adventure Thru Inner Space”

A WEDway Peoplemover train from the Houston Intercontinental Airport

The frozen body of Walt Disney, stored at Disneyland for more than fifty years and never before seen by the public

Props and costumes from “Fantasmic” at Disneyland

According to Gray, “Disney Parks have played a pivotal role in shaping the American cultural conversation. We have begun construction on a new building on the Mall to house all these amazing artifacts which shaped the dreams of not only many Americans, but dreamers around the world.”

Chapek applauded the Smithsonian for its dedication to preserving and sharing American culture with the world. “We are very excited to participate with the Smithsonian and its National Museum of American History in bringing the history of Disney Parks to life for future generations of Americans and other visitors from around the globe.”

In a press briefing after the announcement, Smithsonian and Disney representatives made very clear that there might be delays in the transfer taking place due to legal and logistical concerns, including the fact that this press release is not real and is intended as an April Fools Day joke.

Joe Kleimanhttp://wwww.themedreality.com
Raised in San Diego on theme parks, zoos, and IMAX films, InPark's Senior Correspondent Joe Kleiman would expand his childhood loves into two decades as a projectionist and theater director within the giant screen industry. In addition to his work in commercial and museum operations, Joe has volunteered his time to animal husbandry at leading facilities in California and Texas and has played a leading management role for a number of performing arts companies. Joe previously served as News Editor and has remained a contributing author to InPark Magazine since 2011. HIs writing has also appeared in Sound & Communications, LF Examiner, Jim Hill Media, The Planetarian, Behind the Thrills, and MiceChat His blog, ThemedReality.com takes an unconventional look at the attractions industry. Follow on twitter @ThemesRenewed Joe lives in Sacramento, California with his wife, dog, and a ghost.
Share
Facebook
Twitter
Linkedin
Email
Print
WhatsApp
Pinterest
ReddIt
Tumblr
Previous article
AV Stumpfl to Present Full Set of AV Solutions Including Uncompressed 8K at Prolight + Sound 2018
Next article
Sesame Place Becomes World’s First Theme Park with Certified Autism Center Designation