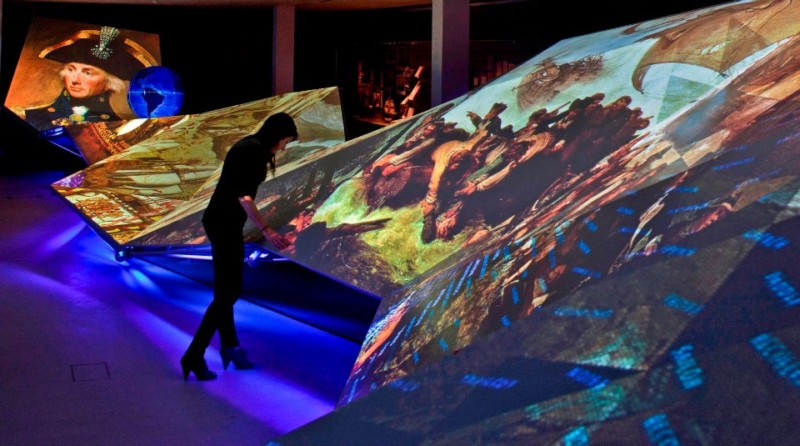 [quote]A key element of Electrosonic’s success, and one that we are very proud of, is our long and enduring relationship with designers, suppliers and customers. — Jim Bowie[/quote]

Electrosonic’s story is complex but in many ways it parallels the history of audio-visual technology, and provides a window into how the industry and its services and products have changed.

Founded by Denis Naisbitt, Michael Ray and Robert Simpson, the company opened with the strapline “Electronic Control and Audio Systems”. From the start, Electrosonic combined the manufacturing and selling of products with the building of complete engineered systems. Key product categories included electronic lighting control, multi-image slide projection and videowalls. The product and systems portions of the business continued together through 2010 when the products side of the business, which by then represented a small portion of overall revenue, was sold.

“The 50 year anniversary marks an important milestone for the company as we look back on our incredible heritage of talent and accomplishments. Electrosonic is continually investing in new generations of talented staff through mentoring and education as we continue to push the limits of what AV technology can do,” says Jim Bowie, President of Electrosonic Group.

Electrosonic carried out many impressive and memorable projects over the last 50 years all around the world, from multi-image spectaculars in 1970s Iran and the world’s biggest videowall in Seville in 1992 to massive projection displays at EXPO 2010 in Shanghai. Electrosonic was often leading the way in applying new technology, whether it was pushing 70mm film to the limit, implementing multi-channel dynamic sound systems, or achieving huge 3D images with the latest electronic projectors.

World EXPO, or international exposition, work was a key business driver for Electrosonic from the start. Exposition work, starting with EXPO 67 Montreal, instilled in Electrosonic the desire to work internationally. More importantly, many influential people from around the world saw the shows, which in turn led to demands to emulate the work at home and globally. Electrosonic would go on to carry out installations in 15 different EXPOs.

In its present role as designer and integrator of complex systems, Electrosonic continues to exploit advances in technology. The business today serves three market sectors, each of which is treated on a global basis. The largest is “Entertainment”, followed by “Corporate” and “Control Rooms”. Beyond system engineering, Electrosonic has always offered ancillary services to further assist its clients. Today these include support services, managed services and technical design consulting.

Electrosonic will release a book about its history in late March 2014, with the title “Electrosonic – 50 Years on the Audio-Visual Frontline”. Written by co-founder Robert Simpson, the book presents a short history of the company, and chapters on its products, notable projects completed, its people and on the company’s contributions to the AV industry.

Joe Kleimanhttp://wwww.themedreality.com
Raised in San Diego on theme parks, zoos, and IMAX films, Joe Kleiman would expand his childhood loves into two decades as a projectionist and theater director within the giant screen industry. In addition to his work in commercial and museum operations, Joe has volunteered his time to animal husbandry at leading facilities in California and Texas and has played a leading management role for a number of performing arts companies. Joe has been News Editor and contributing author to InPark Magazine since 2011. HIs writing has also appeared in Sound & Communications, LF Examiner, Jim Hill Media, and MiceChat. His blog, ThemedReality.com takes an unconventional look at the attractions industry. Follow on twitter @ThemesRenewed Joe lives in Sacramento, California with his fiancé, two dogs, and a ghost.
Share
Facebook
Twitter
Linkedin
Email
Print
WhatsApp
Pinterest
ReddIt
Tumblr
Previous articleVIDEO: Schlitterbahn Kansas City to Open World’s Tallest and Fastest Waterslide
Next articleBreak Point Plunge Promises New High-Thrill Experiences for Waterworld California Guests