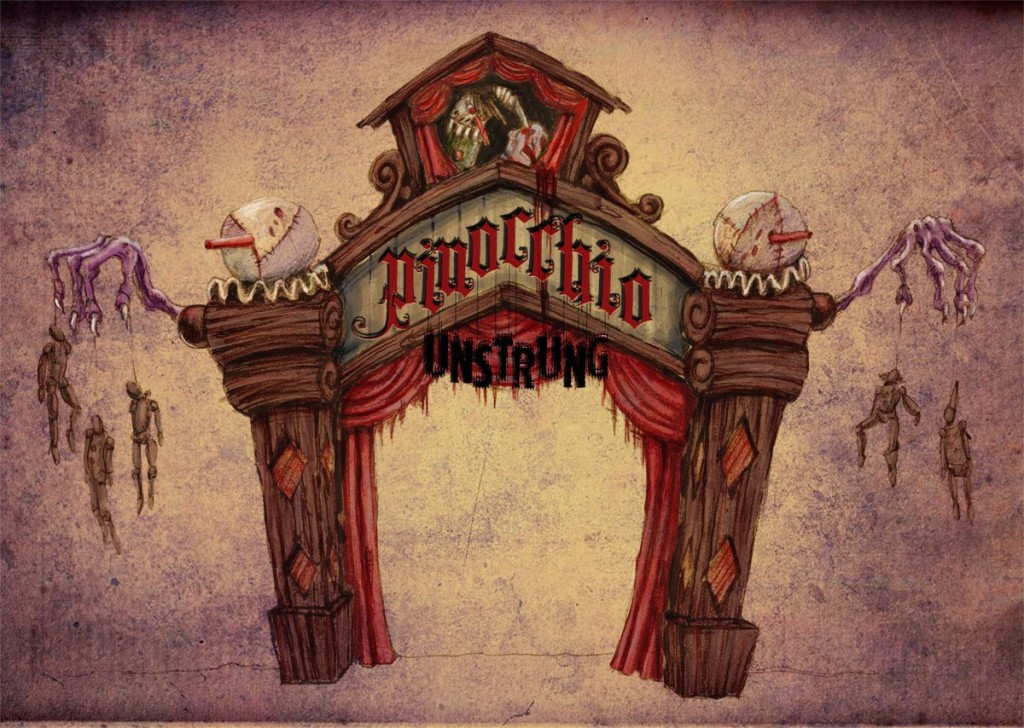 “Knott’s Berry Farm will add six new haunted mazes for Halloween Haunt 2013 and bring back Elvira, Mistress of the Dark for her first show at the Buena Park theme park in more than a decade.

“The 41st annual Knott’s Scary Farm will start Sept. 26 and run on select nights through Nov. 2.

“The granddaddy of Halloween events will feature 12 mazes, six shows and four scare zones scattered throughout the theme park . . .

“Forevermore — A serial killer conjures up a Gothic horror maze inspired by the blood-soaked and terror-filled tales of Edgar Allan Poe. Forevermore replaces Terror of London, one of my favorite mazes from the past few Haunts. (Behind the Mystery Lodge)

“The Gunslinger’s Grave — At the behest of a corrupt mayor, the Red Hand Gang tries but fails to kill a legendary gunslinger, who rises from the dead to seek revenge on an 1883 Old West town. (Near Reflection Lake)

“Mirror Mirror — Visitors are sucked into a mechanical Steam Punk world whenever they look into a mirror cursed by the Green Witch. The funhouse-like mirror maze will travel along a nonlinear path guaranteed to get visitors lost. (Near the Peanuts play area)

“Trapped: The New Experiment — Last year, Knott’s introduced an up-charge VIP maze that challenged visitors to puzzle their way out of a series of locked rooms. Haunt 2013 promises a completely revamped Trapped with all-new phobias to face, a longer maze to navigate and harder puzzles to solve. I found Trapped to be an amazing maze well worth the up-charge fee if you and your friends are up for a terrifying one-of-a-kind experience. At $60 for up to six people, the reservation-only maze sold out every night during Haunt 2012. At least one member of the party must be 17 or older. Visitors will be issued a specific start time for the maze and access to a VIP waiting area. (In Boardwalk Ballroom)

“Dominion of the Damned — Last year, Knott’s brought back a revamped version of a late 1990s vampire maze called Dominion of the Dead that explored the shadowy world of the undead. This year the maze returns with a slightly different name and a more gothic horror story line. In 2012, the maze was a creepy but sleepy trip through a museum where off-kilter portraits and statues came to life. I wasn’t sure how to respond to classical musician monsters playing violin and cello. Should I be afraid or inspired? In the end, I found Dominion of the Dead to be a well-executed attempt at a bad idea for a maze. Hopefully, the reboot turns out to be a truly new maze and not a cosmetic makeover. (Backstage near Ghostrider) 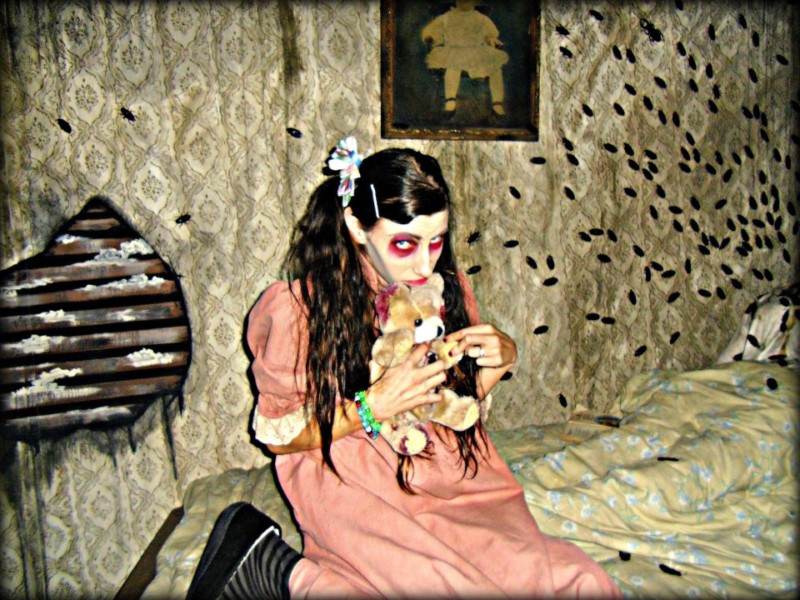 “Reviews of returning mazes from best to worst:

“Endgames: Warriors of the Apocalypse (new in 2011) — A post-apocalyptic arena where gladiators battle to the death for the entertainment of the rich and powerful. The best new maze of 2011 returned to form in 2012 with a bloody and gory trek through a dystopia with inspired costumes, excellent sets and a death metal soundtrack. The best traditional Haunt maze I’ve ever seen and the new standard for quality at Knott’s. (Backstage near Ghostrider)

“Pinocchio Unstrung (2012) — An army of murderous marionettes seeks the flesh of maze visitors to cover Pinocchio’s twisted, wooden body. In 2012, there were plenty of well-dressed sets and good scares in this twisted take on the puppet who embarks on a wild killing spree after the Blue Fairy denies him his final wish. I loved the long-nosed masks on the revenge-minded marionettes. The highlight: An obstacle course of hinge-jointed mannequins hanging by strings from the ceiling with a bungee-bouncing puppet as the payoff. (Inside Wilderness Dance Hall)

“Trick-Or-Treat (2012) — The terror-filled maze takes visitors inside a witch’s house on Halloween night. In 2012, the well-decorated witch’s house was notable for its abundance of missed opportunities. You’d expect something to be happening in the kitchen, bedroom, dining room and bathroom. But nothing. The weakest scare of the night: A ghost in a sheet who said, “Boo.” The best effect of the night: The wicked witch flying on a broomstick through the maze’s final room. (Backstage near Ghostrider)

“The Witch’s Keep (2012) — This atmospheric journey on the Calico Mine Ride was an unadvertised 14th maze last year. The back story centered on a magical energy harnessed by the Green Witch, the icon of Haunt 2012. (Calico Mine Ride)

“Delirium (2011) — A wasteland along the blurry line between nightmare and insanity takes visitors through an ambiguous and hazy drug trip dreamscape. In 2012, the great-looking maze was spoiled by an incoherent story line and monsters that stared more than scared. My favorite part remains the inflatable walls you have to squeeze between. (Ghostrider warehouse)”

Joe Kleimanhttp://wwww.themedreality.com
Raised in San Diego on theme parks, zoos, and IMAX films, InPark's Senior Correspondent Joe Kleiman would expand his childhood loves into two decades as a projectionist and theater director within the giant screen industry. In addition to his work in commercial and museum operations, Joe has volunteered his time to animal husbandry at leading facilities in California and Texas and has played a leading management role for a number of performing arts companies. Joe previously served as News Editor and has remained a contributing author to InPark Magazine since 2011. HIs writing has also appeared in Sound & Communications, LF Examiner, Jim Hill Media, The Planetarian, Behind the Thrills, and MiceChat His blog, ThemedReality.com takes an unconventional look at the attractions industry. Follow on twitter @ThemesRenewed Joe lives in Sacramento, California with his wife, dog, and a ghost.
Share
Facebook
Twitter
Linkedin
Email
Print
WhatsApp
Pinterest
ReddIt
Tumblr
Previous articleHeide Park Resort Turns Thirty-Five
Next articleVOA Associates Creating Master Plan for Wild Florida