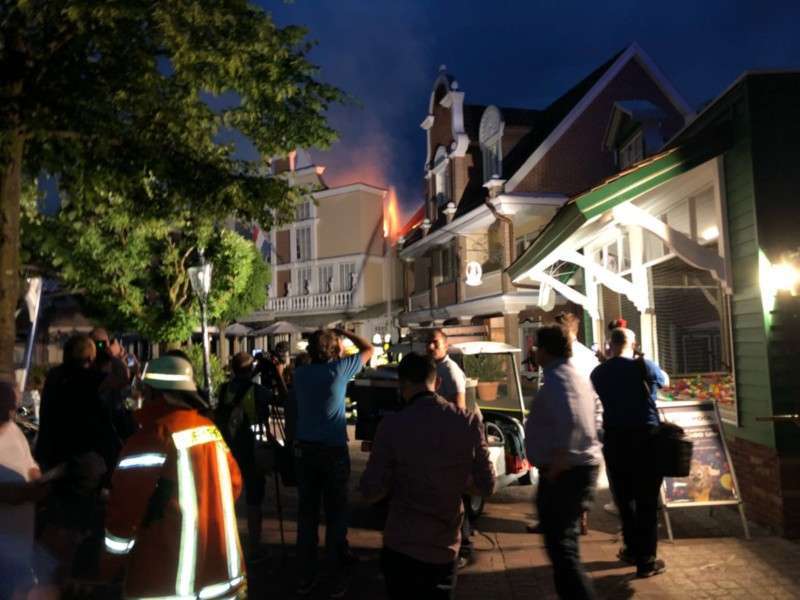 On May 27, fire broke out at Europa-Park in Rust, Germany during operating hours, with close to 25,000 visitors in the park. According to the local police department: “The fire, which was visible from afar with a large smoke column, affected the Dutch theme area, its backstage area and parts of the Scandinavian area. . . .Park visitors and employees were not injured according to current knowledge. With regard to the amount of damage and the local extent, no further details can be given at present due to the ongoing extinguishing work. The cause of the fire is still unclear. The investigation is ongoing. In the operation there were about 500 emergency services, 250 of them firefighters, 150 of the rescue service, 50 of the THW [Bundesanstalt Technisches Hilfswerk, a volunteer organization under Germany’s Federal Ministry of the Interior dedicated to civil protection] and about 50 police forces. Seven firefighters who received minor injuries have now been released from hospital. The park remains open, with the exception of those areas damaged or destroyed by the fire. According to the park, it appears that the fire began in a backstage warehouse and then moved on to engulf the “Pirates of Batavia” attraction.

Joe Kleimanhttp://wwww.themedreality.com
Raised in San Diego on theme parks, zoos, and IMAX films, InPark's Senior Correspondent Joe Kleiman would expand his childhood loves into two decades as a projectionist and theater director within the giant screen industry. In addition to his work in commercial and museum operations, Joe has volunteered his time to animal husbandry at leading facilities in California and Texas and has played a leading management role for a number of performing arts companies. Joe previously served as News Editor and has remained a contributing author to InPark Magazine since 2011. HIs writing has also appeared in Sound & Communications, LF Examiner, Jim Hill Media, The Planetarian, Behind the Thrills, and MiceChat His blog, ThemedReality.com takes an unconventional look at the attractions industry. Follow on twitter @ThemesRenewed Joe lives in Sacramento, California with his wife, dog, and a ghost.
Share
Facebook
Twitter
Linkedin
Email
Print
WhatsApp
Pinterest
ReddIt
Tumblr
Previous articleTwo new shows join newest season of Ghost Town Alive! at Knott’s Berry Farm
Next articleFrom new coaster designs to live animals, IAAPA members showcase new attractions for 2018