Everything else new at Walt Disney World 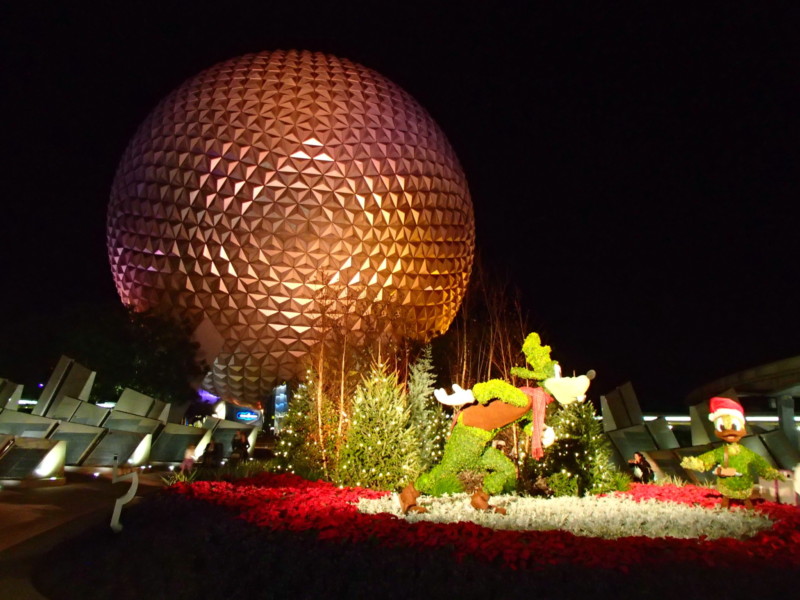 Although the recent media events focused on New Fantasyland, Test Track, Splittsville and the Art of Animation Resort, there are plenty of other new attractions and experiences coming to Disney World. Here are some of the highlights for the upcoming year.

“Celebrate the Magic”
Walt Disney World Resort guests are being treated to a new nighttime projection spectacular transforming Cinderella Castle in Magic Kingdom Park. ”Celebrate the Magic” combines music, spectacular imagery and special effects paying tribute to the artistry and imagination of Disney stories, from beloved classics to contemporary favorites. In one dazzling moment, Tinker Bell appears to fly around Cinderella Castle, weaving among the turrets. “Celebrate the Magic” takes amazed Magic Kingdom guests down the rabbit hole with Alice, soaring above the Big Top with Dumbo and visiting an African savannah with Simba. According to show director Katy Harris, “‘Celebrate the Magic’ draws its inspiration from the love we share for Disney’s memorable characters, their stories and the imagination that brought them to life.” The show is version 2.0 of the popular and groundbreaking Magic, Memories and You! that uses high-powered digital projectors to bathe Cinderella’s castle in imagery. The new version of the show eliminates the photos of guests taken throughout the day (thankfully) and redirects attention to classic Disney characters. Least effective is when the castle front is used as a simple screen to show scenes from movies, but the show shines when the castle’s architecture is transformed and brought to life.

Kilimanjaro Safaris Adds Plains Zebras
Kilimanjaro Safaris, the popular attraction at Disney’s Animal Kingdom, now boasts an all-new finale: a herd of plains zebras. A reconstructed savannah space featuring a new watering hole is home to the zebras, which are native to eastern and southern Africa. The new zebra space opened to guests in October to be a new final chapter as guests in open-air vehicles crisscross the savannahs and other animal habitat areas of the park.

Aspiring pirates will journey deep into an eerie lost grotto, where a mysterious pirate skull puts them to the test to see if they have what it takes to set sail with Captain Jack’s crew. Along the way, they must face all the perils of a pirate’s life as their favorite moments from the films come to life. State-of-the-art technology brings the pirate’s life to guests, including an epic ship-to-ship battle. The attraction is included with theme park admission and is located in Soundstage 4 near Pixar Place.

Secret Agents at Epcot Foil Dr. Doofenshmirtz’s Evil Plans
Walt Disney World guests get to be secret agents in a new interactive game at Epcot. Disney Phineas & Ferb: Agent P’s World Showcase Adventure is based on the wily secret-agent alter-ego of Perry the Platypus – faithful pet to the title characters from Disney Channel’s animated series “Phineas & Ferb.” Although just a simple pet to Phineas and Ferb, Perry turns into Agent P in each episode to help stop the misguided plans of his nemesis, Dr. Doofenshmirtz.

Epcot guests who accept the mission get to help Agent P thwart some of Dr. Doofenshmirtz’s most daring plots. Agents use a “high-tech secret agent device” to receive clues for each case. Solving the clues takes agents to different places throughout seven World Showcase countries at Epcot – Mexico Pavilion, France Pavilion, Germany Pavilion, Norway Pavilion, Japan Pavilion, China Pavilion and the United Kingdom Pavilion. Agents scour each country for clues, evil “Inators,” and – with a little bit of luck – help Agent P defeat Dr. Doofenshmirtz. Agents can arm themselves with a F.O.N.E. (Field Operative Notifications Equipment) at one of four Agent P kiosks around World Showcase. The experience is a redesign of the Kim Possible World Showcase Adventure with new storylines and special effects.

The newly remodeled spa, now owned and operated by Disney, is set to open Dec. 17. It blends Grand Floridian Victorian elegance with modern touches – plus a dash of Disney whimsy.

All the senses are engaged in an ultimate relaxation experience – flavorful and soothing elixirs, color variations in lighting and Disney orchestral music harmonize with the treatment selected. Spa-goers walk through the new Victorian-style entryway and indulge in the spa’s relax, renew, or imagine themes aimed at creating a custom experience. The centerpiece of the spa’s lobby is an original mural reflecting old Florida landscape and nature. Glass mosaic tiles in the Jacuzzi rooms further enhance the elegance and sophistication of the spa.