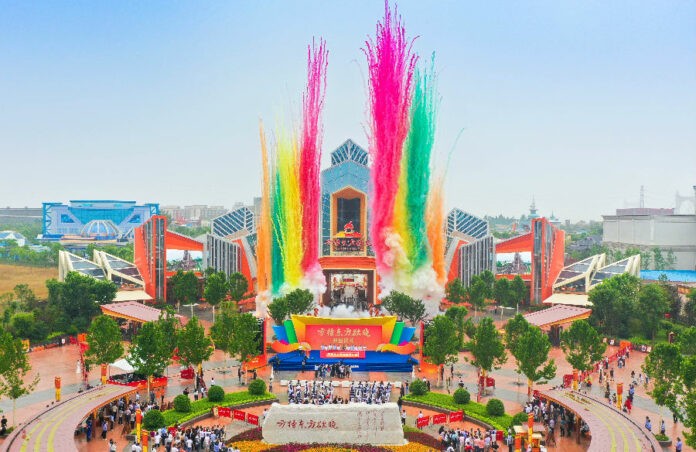 On May 28, a new Fantawild park, Glorious Orient, opened in the city of Ganzhou, located in China’s Jiangxi province. The new park was jointly invested in by Fantawild as well as the municipal government of Ganzhou.

It is the first Fantawild park in Jiangxi province, occupying an area of about 400,000 square meters — just under 100 acres — with a total investment exceeding 3 billion Chinese yuan (around US$470,000,000). The park has more than 10 indoor themed attractions, over 20 outdoor attractions, and a plethora of landscape designs, restaurants, and shops. The park can reportedly host over 3 million visitors per year.

Opening attractions at the theme park include: