Here are some of the endeavors I had the privilege of covering this year that I regard as major milestones for the themed entertainment industry. — J.R. 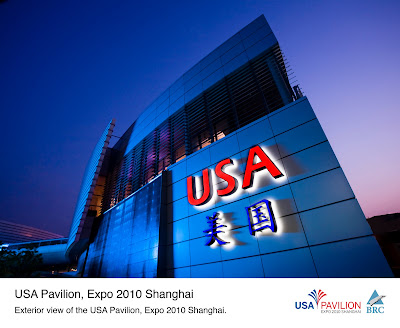 1. The USA Pavilion at Shanghai Expo 2010
In a near-miracle, Nick Winslow and partner Ellen Eliasoph created a worthy US presence at the largest world exposition in history. With the official blessing of the US Department of State, they successfully headed the effort to raise the money and realize and staff and operate (and eventually dispose of) the pavilion – despite formidable odds: no government funds, shrinking time window, recession economy and a sketchy US participation record at past expos. A top design team of expo veterans (including BRC Imagination Arts, Clive Grout Architect and Electrosonic) turned out a first-class show and building, and the pavilion operated efficiently and hospitably to capacity crowds throughout the six months of the event.

2. TEA’s SATE Conference comes of age
The Themed Entertainment Association went to a project-centric format for the 4th annual SATE Conference (Storytelling, Architecture, Technology, Experience) held in Orlando in September 2010. Conference chairs Larry Tuch and Kile Ozier and their team organized the most compelling SATE meeting so far, with more than 150 attending to hear the inside story from creatives as well as operators on the development of recent successful projects – including Beyond All Boundaries, The Wizarding World of Harry Potter, the Information & Communications Pavilion at Expo 2010, the remade Fort Worth Museum of Science & History and Exploration Space at Kennedy Space Center. Analyzing industry projects using the SATE breakdown is a unique approach that has stood TEA in good stead, promoting fresh thinking and stimulating dialog. 2011 will see another SATE in Orlando in the fall, and the first SATE Europe in the spring.

3. Convergence of digital cinema and giant screen, and the emergence of the digital dome
Facilitated by digital processes, content is now being shared across a network of museums, science centers, planetariums and educational institutions’ theaters – including flat screens, 2D and 3D, and domes. The number of digital dome theaters in planetariums alone has burgeoned in a few years to about 700, and it is now seen as inevitable that virtually all planetariums will convert to “fulldome” systems.

The immersive power and the “democracy” of the digital dome were foreseen in this article by giant-screen filmmaker Bayley Silleck, and are being tapped by entertainment markets today as well; high-profile examples include the new Wizarding World of Harry Potter ride at Universal Studios (named for a 2011 Thea Award), Dragons Treasure at City of Dreams (recipient of a 2010 Thea Award) and Marvel Superheroes 4D at Madame Tussauds. Planetariums are starting to expand the way they use digital domes, including live theater productions, and a new trade organization, IMERSA, formed in 2008 to promote the uses of digital dome technology.

4. Museums become experience centers and designers stop hiding their “mouse ears.”
Having a theme park or film industry background used to hamper a designer addressing the museum sector, but the stigma has been pretty much eradicated thanks to successful experiential museum projects such as the Abraham Lincoln Museum, the new California Academy of Sciences, CSI: The Experience, the George Washington Education Center and the National World War II Museum. Moreover, Van Romans, the head of the Fort Worth Museum of Science & History is a veteran of Walt Disney Imagineering. 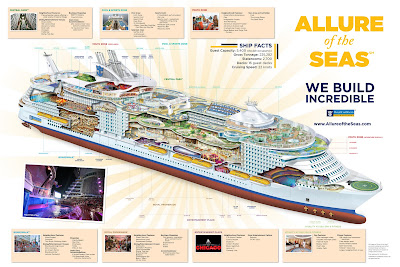 5. Cruise ships set the example for greenbuilding, wayfinding, robustness, self-sufficient operations — and maintaining the experience bubble. Cruise ships have a strictly limited footprint, a mandate to conserve energy, a harsh operating environment and limited access to outside services. Disparate uses are often cheek-by-jowl and there is minimal margin for error when it comes to design and construction. Modern cruise lines such as Disney Dream serve a family audience that they need to keep happy and occupied for consecutive days and nights. Today’s huge new vessels, such as Royal Caribbean’s Oasis and Allure rely on extensive digital signage systems to help manage guest traffic and keep passengers oriented and safe. They also boast top of the line entertainment venues and AV systems. Land-based attraction operators and designers would do well to study them.

Judith Rubin
Judith Rubin ([email protected]) is a leading journalist, publicist, strategist, blogger, content marketing specialist and connector in the international attractions industry. She excels at writing about all aspects of design and technical design, production and project management. Areas of special interest include AV integration and show control, lighting design and acoustics, specialty cinema, digital video and world’s fairs. Judith has ties to numerous industry organizations. From 2005-2020 she ran communications, publications and social media for the Themed Entertainment Association (TEA). In 2013, she was honored with the TEA Service Award. She was development director of IMERSA, and co-chair of the 2014 IMERSA Summit. She was publicist for the Large Format Cinema Association in the 1990s, now part of the Giant Screen Cinema Association (GSCA) and has also contributed to the publications of PLASA, IAAPA and the International Planetarium Society. Already making her mark as a magazine and book editor, Judith joined World’s Fair magazine in 1987, which introduced her to the attractions industry. Launching as a freelancer in the mid 1990s she has contributed to dozens of publications and media outlets including Funworld, Lighting&Sound America, Sound & Communications, Urban Land, The Raconteur and The Planetarian. She joined InPark in 2010. Judith earned a Bachelor of Fine Arts from Pratt Institute. She has lived in New York City and the San Francisco Bay Area, and now makes her home in Saint Louis, where she is active in the local arts and theater community.
Share
Facebook
Twitter
Linkedin
Email
Print
WhatsApp
Pinterest
ReddIt
Tumblr
Previous articleStampler Auctions to Liquidate Contents of 140,000 Square Foot Wannado City Indoor Theme Park at Absolute Public Auction
Next articleDDG Awarded Planning and Design Architecture for China’s Largest Mall