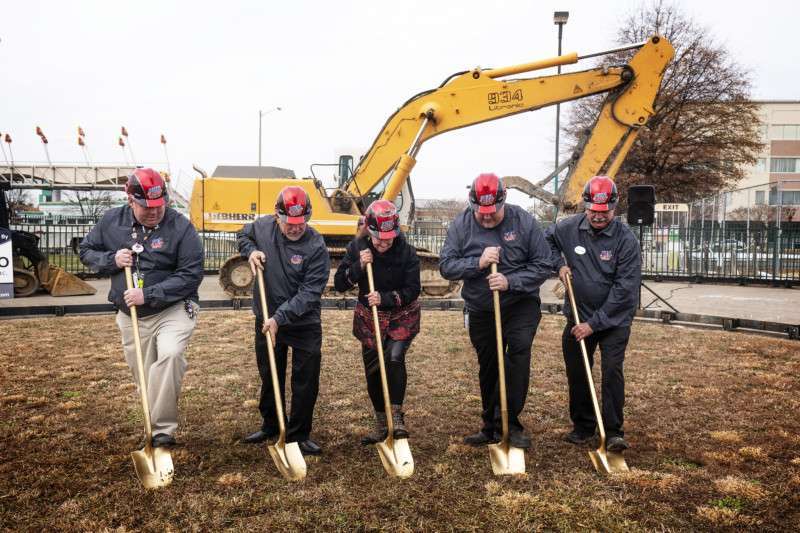 On Thursday, December 13th, 2018 Fun Land of Fredericksburg hosted a groundbreaking ceremony to launch the kick off of their major 2019 go-kart expansion. Fun Land’s investment in the project was a $1.2 million dollar expenditure, the largest capital investment to date. The new raceway will now feature a three-layer design, increasing the duration of the ride and enhancing the guest experience. The unprecedented expansion will make Fun Land’s new track the first of its kind in the state of Virginia to feature a multi-layered raceway.

The go-kart expansion will feature over 1,500 feet of track, topping off at 30 feet high. The triple layer tracks will feature two multi-level helixes and a new state of the art lighting system throughout. Along with the track renovation, Fun Land will purchase a fleet of 40 state of the go-karts to accompany the new track and create a better racing experience for all riders. Initial demolition began on December 11th, 2018 and completion of the project is expected to be completed in early April 2019.

Accompanying the major go-kart expansion, Fun Land has undergone a name change and rebrand effort to reflect and represent its regional sense of pride. Fun Land is devoted to expanding its role as a community partner, and as a result has undergone the name change from Central Park Fun-Land to Fun Land of Fredericksburg. The new name will become official in 2019 along with a rebranded image for the park, including new signage. The name change and new logo was done to better represent the renovated look and impact on the local community. The rebranding efforts and new name will focus on branding the park on the new vision of growth and strong community unity.

Joe Kleimanhttp://wwww.themedreality.com
Raised in San Diego on theme parks, zoos, and IMAX films, InPark's Senior Correspondent Joe Kleiman would expand his childhood loves into two decades as a projectionist and theater director within the giant screen industry. In addition to his work in commercial and museum operations, Joe has volunteered his time to animal husbandry at leading facilities in California and Texas and has played a leading management role for a number of performing arts companies. Joe previously served as News Editor and has remained a contributing author to InPark Magazine since 2011. HIs writing has also appeared in Sound & Communications, LF Examiner, Jim Hill Media, The Planetarian, Behind the Thrills, and MiceChat His blog, ThemedReality.com takes an unconventional look at the attractions industry. Follow on twitter @ThemesRenewed Joe lives in Sacramento, California with his wife, dog, and a ghost.
Share
Facebook
Twitter
Linkedin
Email
Print
WhatsApp
Pinterest
ReddIt
Tumblr
Previous articleHolovis brings Aquaman’s superpowers to life at Madame Tussauds Orlando
Next articleCAVU Designwerks Flying Theatre opens in Changsha, China