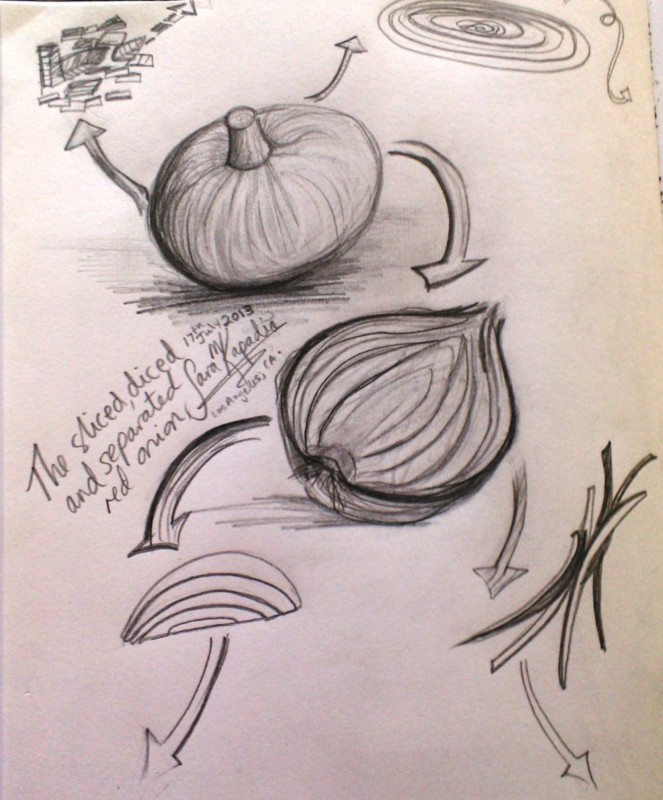 For this week’s feature, JRA’s Clara Rice interviews Sara Kapadia on STEM (Science, Technology, Engineering and Mathematics) and STEAM (STEM + Art).  Ms. Kapadia is an academic, educator and PhD Education student and Graduate Research Assistant at Claremont Graduate University.  She has a Bachelor’s of Education in Science from Cambridge University, a Masters of Arts in Social Justice, Social Policy and Education from University of London and was a graduate student at Oxford University. Sara is the founder and editor of The STEAM Journal, a trans-disciplinary, theory-practice, peer-reviewed, open access online journal, a publication to share knowledge from theory and practice while cultivating dialogue, research and awareness on the intersection of Art and Science.  The inaugural issue of The STEAM Journal was published on March 13, 2013 and is available at http://scholarship.claremont.edu/steam.

Clara Rice: How did STEAM develop from STEM?  What was the philosophy behind it, and what was it in reaction to?

Sara Kapadia: This is a very interesting question. I think that acronyms can sometimes be useful as a way of summarizing information, and acronyms do exactly that: summarize a collection of words into capital letters. Sometimes acronyms are used as a way to fuel further conversation and sometimes acronyms work towards a more succinct way of discussing a topic or assemblage of ideas. Previously there was an acronym ‘SMET’ (Science, Mathematics, Engineering and Technology) that then became ‘STEM’, this acronym ‘STEM’ was coined by Dr. Judith Ramaley when she worked from 2001 to 2004 at the National Science Foundation (NSF) in the United States of America (U.S.A) (Chute, 2009). Ramaley now states that the acronym STEAM is now being used and stated “how Apple, while under the direction of Steve Jobs, created devices that are compelling because they are both useful and beautiful, as an example of how the arts and sciences can complement and strengthen each other” (Ramaley in Christenson, 2011).  When I created The STEAM Journal, it was to explore the Art-Science intersections that have occurred, are happening in the current era and to explore new ideas for the future. I’d like to end my answer to your question with two more questions: Can an acronym encapsulate all aspects of a topic or an area of focus? Secondly how do different groups or individuals understand and use acronyms in diverse ways?

Clara Rice: How do STEAM activities “work”?  How do they stimulate emotional, cognitive and physical development in a way that STEM does not?

Sara Kapadia: STEAM and STEM both represent multi-disciplinary ways of thinking. In a recent event at Art Center College of Design this July, guest speaker Facebook Director of Product Design, Maria Giudice, stated that “companies are making an investment in design. I think we’re going to see the rise of the DEO – leadership by design. They’re going to be the future leaders of companies. You have to think and act like a designer to unlock innovation” (Giudice in Spines, 2013). Stimulating emotional, cognitive and physical development can be done in a myriad of ways, and any approach that can integrate many entry points for diverse ways of enjoying, learning and growing will most likely be more amenable.  One of the many ways I try to understand how things work is to examine the thing, so let me take a red onion, I can observe the exterior, the shape, the feel and even the smell of it, then I may slice it, dice it, and may even smash it to understand the liquid or the vapors released: ultimately there is no end to the ways something can be examined, experienced and explored. 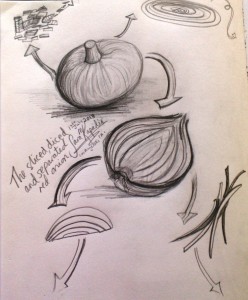 On July 11, 2013, Rhode Island School of Design’s President John Maeda was invited to write a guest blog in Scientific American entitled ‘Artists and Scientists: More Alike Than Different’.  This is a wonderful way of thinking about Art and Science…in the end I would like to pose yet another question…are we not all just asking questions no matter what our label is?

Clara Rice: How have you seen STEAM concepts incorporated into museum exhibitry? Has it been successful?

Sara Kapadia: As a child, later as a young adult and then as a graduate student in the United Kingdom (U.K.), I had the opportunity to visit many museums with my parents, friends and on school trips. One aspect that stayed constant no matter what my age or the context was, is that each museum offered an opportunity to explore, discover, re-explore, re-discover and reflect… the Art and Science was always there, although in younger years I may not have recognized ‘it’ as anything in particular but I was able to experience the process of unearthing what sparked my curiosity and gained my attention.  My current conjecture is that museum exhibits provide a way for viewers to form personal interactions with the object, concept, idea or entity that is being exhibited: here is where the STEM, STEAM or Art-Science can be present. Most museums I visited in the U.K., the U.S.A., and abroad have encapsulated some of the Art-Science of the world by default, as many things of interest to viewers tend to have some Art and some Science related or heavily involved with the things or concepts that are being exhibited.

Clara Rice: How important is it to incorporate art and “maker” elements into children’s museums?

Sara Kapadia: A book published this year called ‘The Museum Experience Revisited’ by John H. Falk and Lynn D. Dierking discusses many aspects of museums, and the following quote stood out to me as an interesting way to think about “maker” elements and children’s museums…“being able to put oneself in the visitor’s shoes is truly a gift” (Falk & Dierking, 2013, p. 266). As an experienced educator and scholar studying childhood experiences, I do believe that young children, older children and even adults (myself very much included) enjoy the choice to be able to use many senses. Putting oneself in the child visitor’s shoes, one can maybe picture an array of imagined possibilities: the child who learns by touching, the child who enjoys constructing physical objects, the child who wants to investigate what is inside something to know how it works…the diversity of individual interests is so vast. Reading information about a particular artifact or document is very stimulating at times, but so is being able to touch, feel, smell and create something, pull it apart, generate something new and that is meaningful to the self. The exploring, experimenting, creating, developing, re-making, and above all the seeing and the envisioning of an idea that then becomes a reality can be a very valuable endeavor. “‘Maker’ elements” is a term that could be associated with the ‘Maker’ movement, which has been described as “a subculture formed at the nexus of traditional craftsmanship and modern techno-engineering, combined with a self-starting DIY ethic” (MacMillan, 2012).  Earlier this year, February 2013, Dale Doherty known as the ‘Father of the Maker Movement’ spoke to the New York Foreign Press Center about the future of the Maker movement, clarifying that when he first made the magazine ‘Make’ then the readers came to be known as the ‘Makers’. Doherty states “by Maker I mean creator, builder, shaper, producer, someone who’s doing something, right?”(Doherty, 2013). I wonder then what are the roles of children’s museums to stimulate children as viewers, thinkers and makers? Can children’s museums nurture all of these facets of the children’s experiences at once or do they need to focus on one at a time? How much of the individual child’s interests translate into the options available at a children’s museum?

In Part 2 of the series, Ms. Kapadia becomes the interviewer, asking Dr. Ron Rohovit of California Science Center a few questions on the integration of STEAM principles into museums.