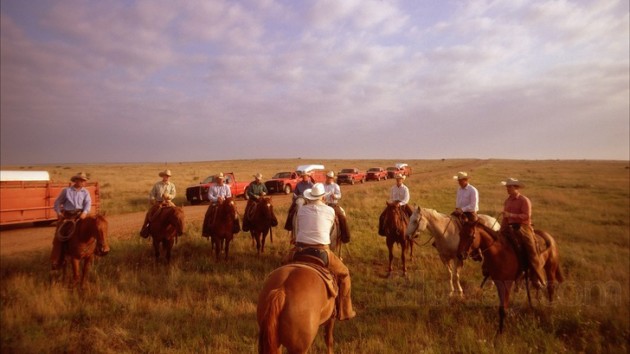 Evanston, IL, USA — Responding to requests from theaters in North America and Asia, Giant Screen Films is relaunching the classic 2005 70mm film Ride Around the World as Horses.  The new title and poster are designed to appeal to a wider audience as well as encourage unique cross-promotional collaboration with equestrian clubs and businesses.  The relaunch is aimed primarily at museum giant dome cinemas.  McWane Science Center will be the first venue to premiere the newly-branded film this summer. 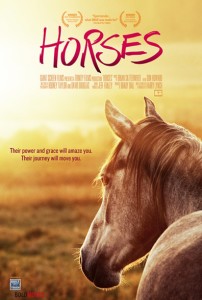 “This is a beautifully photographed, wonderful film that received short shrift in the market,” said Elaine Greene-Yancey, Vice President of Operations and Business Development at McWane.  “The Ride poster and title simply needed to better appeal to children and, specifically, younger girls.  Horses are truly the focal point of the film, an animal movie at heart – so the new title and poster deliver perfectly.  We conducted a mischievous informal survey at our museum, presenting old and new posters of Ride and Horses and asking unknowing subjects which film we should book next.  Ride didn’t fare so well…because every single person was so enthusiastic about Horses!  The local horse groups are helping to generate a buzz and driving presales.  I encourage my museum peers to consider a run, or rerun, under the new title.” 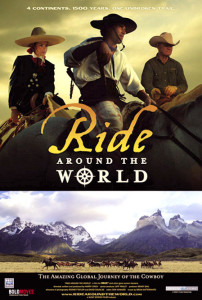 “We’ve always had a lot of faith in this film,” said Don Kempf, President and Founder of Giant Screen Films.  “It’s been popular with horse-lovers and has won many awards.  It was shot in gorgeous 70mm around the world – Spain, Patagonia, Morocco, Mexico, British Columbia and the Great Plains.  But despite its global story, the Ride poster imagery presented it more as a niche American Heartland film and the title was ambiguous.  When theaters started inquiring during the Chinese Year of the Horse last year the idea for Horses was born, and the film is now ready for new life.”

Joe Kleimanhttp://wwww.themedreality.com
Raised in San Diego on theme parks, zoos, and IMAX films, InPark's Senior Correspondent Joe Kleiman would expand his childhood loves into two decades as a projectionist and theater director within the giant screen industry. In addition to his work in commercial and museum operations, Joe has volunteered his time to animal husbandry at leading facilities in California and Texas and has played a leading management role for a number of performing arts companies. Joe previously served as News Editor and has remained a contributing author to InPark Magazine since 2011. HIs writing has also appeared in Sound & Communications, LF Examiner, Jim Hill Media, The Planetarian, Behind the Thrills, and MiceChat His blog, ThemedReality.com takes an unconventional look at the attractions industry. Follow on twitter @ThemesRenewed Joe lives in Sacramento, California with his wife, dog, and a ghost.
Share
Facebook
Twitter
Linkedin
Email
Print
WhatsApp
Pinterest
ReddIt
Tumblr
Previous articleNassal Company Forms Partnership with Project Management Firm Faithful+Gould
Next articleIAAPA Asian Attractions Expo to Showcase Latest in Products and Services