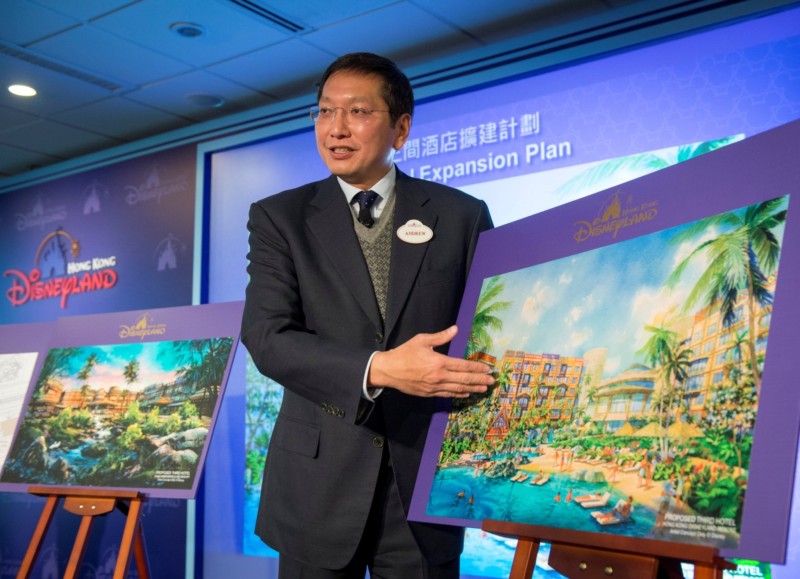 It also announced a plan to build a new hotel at the resort, which will add another 750 hotel rooms to its existing inventory. The new hotel will offer guests an immersive and uniquely Disney resort-style experience that is dedicated to the spirit of exploration and celebrates exotic locations from around the world. The hotel is slated to open by early 2017, pending all necessary project approvals.

Combined with the success of the recent expansion, the new hotel plan and other upcoming guest offerings will continue to strengthen HKDL’s positioning as the premier family destination of the region and underpin the growth momentum as seen in the fiscal 2013 results. New initiatives in the pipeline include a brand new nighttime spectacular called “Disney Paint the Night” in 2014, 10th anniversary celebration offerings in 2015 and a new themed area based on Marvel’s Iron Man franchise in late 2016. 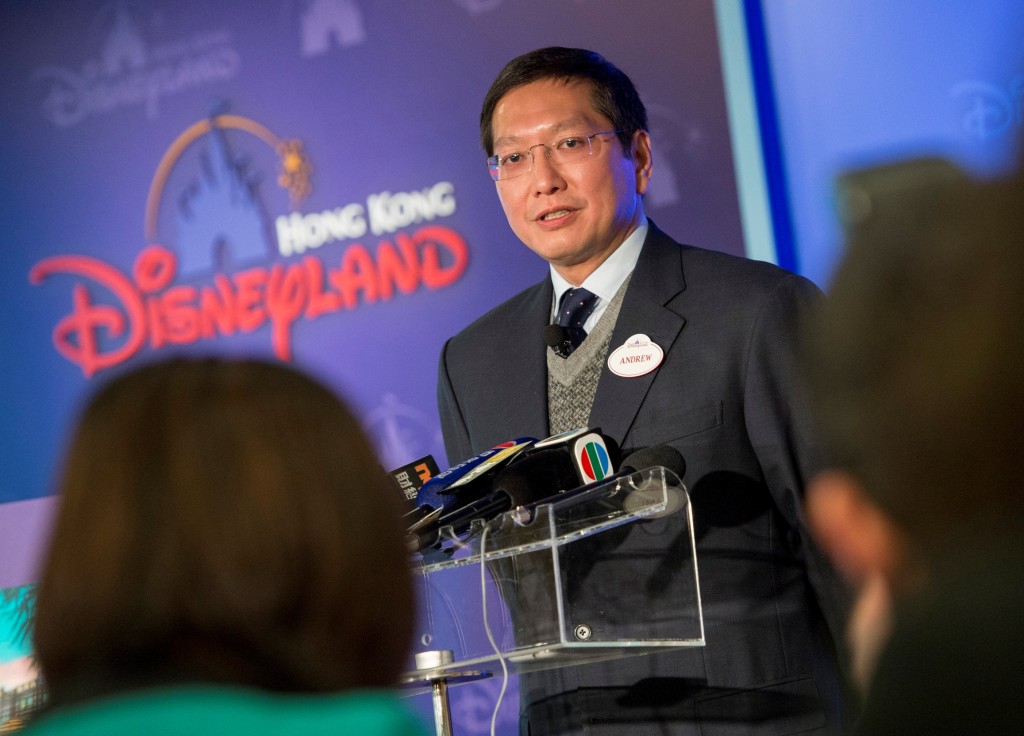 Andrew Kam, Managing Director of HKDL, said, “The HKDL Resort enjoyed a successful fiscal year in 2013. We are pleased to be able to contribute to the Hong Kong tourism sector, and look forward to another year of growth and improvement that continues to meet our high standards.”

Steady growth was registered across the three main sources of guests from the local community, mainland China and international markets, with the latter two accounting for about two-thirds of total guests. Overall hotel occupancy was at a new high of 94% for fiscal 2013, while guest spending broke records with a 6% year-over-year increase.

The successful opening of Mystic Point in May of 2013 marked the completion of the 2009 expansion, which has increased the Park’s total size by about one-fourth and brought the total number of attractions and entertainment offerings to over 100.

Like Toy Story Land and Grizzly Gulch, Mystic Point has proven to be a huge hit among guests. Mystic Manor, a new immersive indoor attraction using an innovative trackless vehicle ride system, was honored in fiscal 2013 by the Themed Entertainment Association with the coveted Thea Award for Outstanding Achievement – Attraction, thanks to its technological and storytelling achievements.

“HKDL is an integral component in supporting Hong Kong’s position as one of the world’s top cities for leisure tourists and business visitors. Expansion plans are in place to sustain the momentum of growth and capture increasing demand especially in the light of growing tourism taking place in the region,” said Kam. 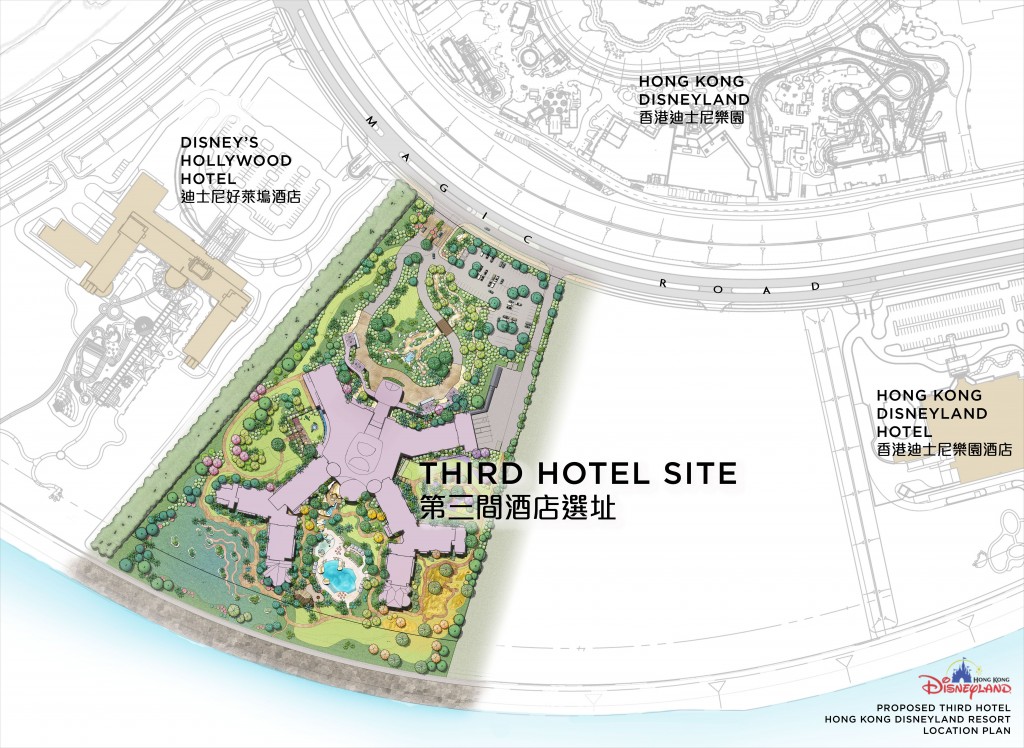 He added that plans for the new 750-room hotel have been submitted to the Legislative Council for approval. The new hotel will increase the total number of hotel rooms in the Resort by 75% to 1,750.

The new hotel’s total investment of $4.263 billion will be funded by a combination of operating cash of HKDL, cash equity injection from The Walt Disney Company (TWDC) along with a partial conversion of the existing Hong Kong Special Administrative Region Government (HKSARG) term loan to equity on a dollar-for-dollar basis, and new term loans from TWDC and the HKSARG.

The new hotel development reaffirms TWDC’s confidence in the future of HKDL and Hong Kong. 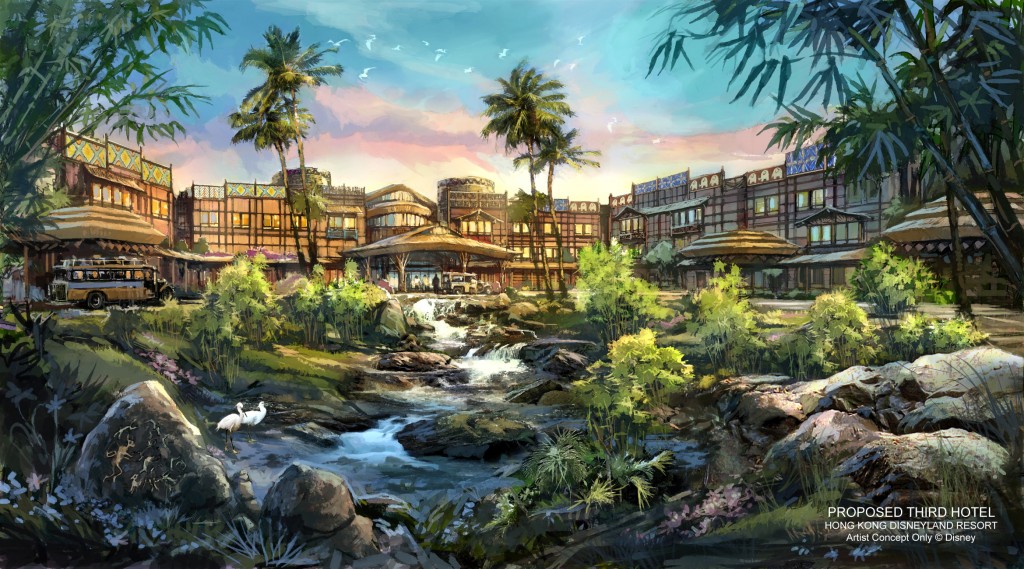 “We are excited about the new hotel project, as we are always looking to expand upon the guest experience. This new hotel will add to the various immersive experiences we offer for guests, while also adding to the diversity of Hong Kong’s offerings for tourists from around the world,” said Kam.

HKDL will also continue adding to the economic benefits HKDL brings to Hong Kong through resort-based employment positions, construction and other jobs related to its business.

In fiscal 2013, additional spending in Hong Kong by HKDL visitors generated HK$11.6 billion of value added to Hong Kong, which is equivalent to around 0.58% of Hong Kong’s GDP. A total of 33,200 jobs (in terms of man-years) were created, primarily benefiting frontline workers as well as the travel and hospitality industry. Construction of the new hotel will create additional job opportunities and another 600-700 full-time equivalent jobs in HKDL after the new hotel commences operation. 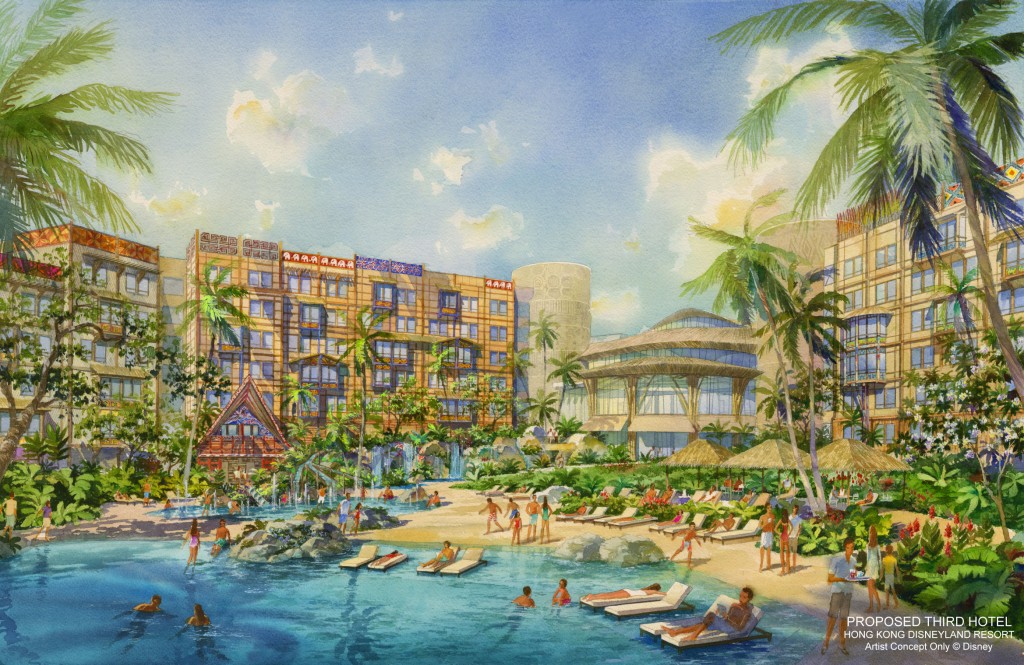 HKDL has also redoubled community outreach efforts and its commitment to the Disney brand values of happiness, creativity and service. Over 100,000 underprivileged community members were welcomed to the park during the fiscal year, while close to 8,500 hours of skills and services were contributed through the Disney VoluntEARS program, among other outreach programs that directly benefited society.

On average, HKDL employed more than 4,800 full-time and 2,600 part-time staff during the 2013 fiscal year, making the Resort one of Hong Kong’s largest employers in the entertainment industry. HKDL is committed to developing a highly skilled and quality workforce, providing over 380,000 hours of professional and technical training during the year as well.

Since opening, HKDL has received 271 awards in recognition of its design, technical achievements, distinctive guest services, commitment to the community and environment and high family appeal. HKDL received a total of 61 awards during the fiscal year, including Best Theme Attraction at the 24th Annual TTG Travel Awards, the Pacific Asia Travel Association Gold Award 2013 in the Marketing Industry category, the Best Theme Park of the Year from China Travel and Meetings Industry Awards, the 4th Asia’s Best Employer Brand Award presented by the Employer Branding Institute, and the 2013 Randstad Award for Best Workplace Culture in Hong Kong.

Joe Kleimanhttp://wwww.themedreality.com
Raised in San Diego on theme parks, zoos, and IMAX films, InPark's Senior Correspondent Joe Kleiman would expand his childhood loves into two decades as a projectionist and theater director within the giant screen industry. In addition to his work in commercial and museum operations, Joe has volunteered his time to animal husbandry at leading facilities in California and Texas and has played a leading management role for a number of performing arts companies. Joe previously served as News Editor and has remained a contributing author to InPark Magazine since 2011. HIs writing has also appeared in Sound & Communications, LF Examiner, Jim Hill Media, The Planetarian, Behind the Thrills, and MiceChat His blog, ThemedReality.com takes an unconventional look at the attractions industry. Follow on twitter @ThemesRenewed Joe lives in Sacramento, California with his wife, dog, and a ghost.
Share
Facebook
Twitter
Linkedin
Email
Print
WhatsApp
Pinterest
ReddIt
Tumblr
Previous articleMousetrappe Wins VES Award for Space Shuttle Atlantis
Next articleGive Kids the World Completes “Extreme Village Makeover”