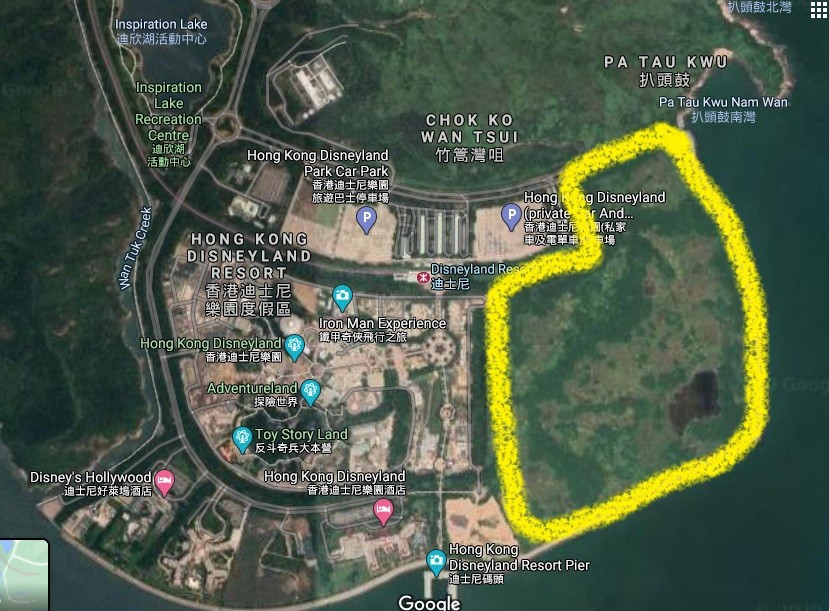 September 23 — The Government of Hong Kong announced today that while it continues to fully support the existing expansion plan for Hong Kong Disneyland Resort (HKDL) despite the prevailing worldwide tourism downturn, the Government will not extend the option for Hongkong International Theme Parks Limited (HKITP) to purchase the site adjacent to HKDL at Penny’s Bay, having taken into account the current economic conditions.

“HKITP’s strategic direction is to focus on the ongoing multi-year expansion plan featuring a series of new attractions that will continue to position HKDL as a premier tourism destination in the region, and help capture business opportunities upon the gradual recovery of tourism,” a spokesman for the Commerce and Economic Development Bureau said.

“The Government considers it prudent for HKITP to focus on the development and expansion of the existing resort in the coming few years, rather than geographic expansion into the Site,” the spokesman added.

Since its opening in 2005, HKDL has been one of the most popular tourist attractions for both local and non-local visitors. Up to 2019, HKDL received over 83 million guests, generating total value added of $108.5 billion for Hong Kong’s economy, equivalent to 0.33 per cent of Hong Kong’s Gross Domestic Product, and creating a total of 269 500 jobs (in terms of man-years).

The Site is currently home of a government COVID-19 quarantine facility, which was expanded from 100 units to 800 units in July. An additional 700 units are at the end of the construction phase and expected to be made available by the end of this month.

Joe Kleimanhttp://wwww.themedreality.com
Raised in San Diego on theme parks, zoos, and IMAX films, InPark's Senior Correspondent Joe Kleiman would expand his childhood loves into two decades as a projectionist and theater director within the giant screen industry. In addition to his work in commercial and museum operations, Joe has volunteered his time to animal husbandry at leading facilities in California and Texas and has played a leading management role for a number of performing arts companies. Joe previously served as News Editor and has remained a contributing author to InPark Magazine since 2011. HIs writing has also appeared in Sound & Communications, LF Examiner, Jim Hill Media, The Planetarian, Behind the Thrills, and MiceChat His blog, ThemedReality.com takes an unconventional look at the attractions industry. Follow on twitter @ThemesRenewed Joe lives in Sacramento, California with his wife, dog, and a ghost.
Share
Facebook
Twitter
Linkedin
Email
Print
WhatsApp
Pinterest
ReddIt
Tumblr
Previous articleChristie now offering Mirage SST laser projector with 50,000 lumen light source
Next articleThe Franklin Institute to host world premiere of Crayola IDEAworks: The Creativity Exhibition