Horror Camp LIVE! Returns for 13 Hours of Terror in the Wilderness 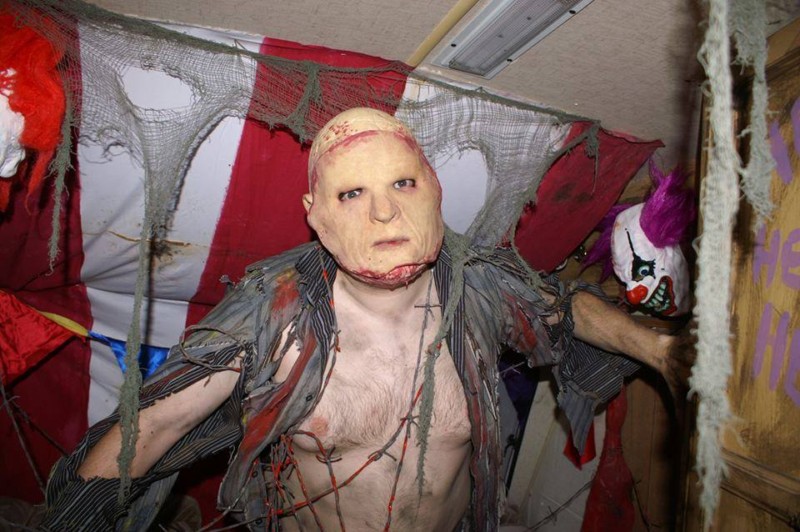 [quote]It is a unique 13 hour scare entertainment experience which mixes live scareactors, indoor and outdoor scare attraction environments, dare-based games and a horrifying story which manifests around the campers in four dimensions.”[/quote]

Clayton-le-Dale, UK — Following its unprecedented success in 2012 and 2013, the terror team behind Horror Camp LIVE! have re-imagined the offering with more heart-stopping content than ever before.  Forget cosy campfire sing-songs and toasted marshmallows, this is an ‘in-tents’ fear-infused fright fest for 18+ adults only.

Located on the grounds of Scare Kingdom Scream Park, at Hawkshaw Farm Park near Blackburn in Lancashire, the event sold-out in 2012 and 2013, following an appearance on Channel 4’s ‘Sunday Brunch’.

Jason Karl, Chief Creative Executive for AtmosFEAR! Scare Entertainment, who produce the event, said “Horror Camp LIVE! has been an incredible success story for Scare Kingdom Scream Park, with campers coming from all over the world to experience this international ‘first’.  For its third season we have all new scares, dares and terrifying characters for campers to ‘meat’”.

Joe Kleimanhttp://wwww.themedreality.com
Raised in San Diego on theme parks, zoos, and IMAX films, InPark's Senior Correspondent Joe Kleiman would expand his childhood loves into two decades as a projectionist and theater director within the giant screen industry. In addition to his work in commercial and museum operations, Joe has volunteered his time to animal husbandry at leading facilities in California and Texas and has played a leading management role for a number of performing arts companies. Joe previously served as News Editor and has remained a contributing author to InPark Magazine since 2011. HIs writing has also appeared in Sound & Communications, LF Examiner, Jim Hill Media, The Planetarian, Behind the Thrills, and MiceChat His blog, ThemedReality.com takes an unconventional look at the attractions industry. Follow on twitter @ThemesRenewed Joe lives in Sacramento, California with his wife, dog, and a ghost.
Share
Facebook
Twitter
Linkedin
Email
Print
WhatsApp
Pinterest
ReddIt
Tumblr
Previous article
accesso to Provide e-Commerce and Mobile Ticketing Support to KSC Visitor Complex
Next article
WhiteWater Makes Waves with Acquisition of FlowRider and Other WaveLoch Products