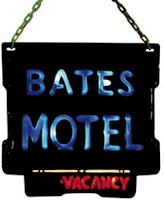 LONDON, March /PRNewswire/ — The average cost of a hotel room around the world rose 2% in 2010, according to the Hotels.com® Hotel Price Index™ (HPI®).
The increase was the first time that the average hotel room price rose year-on-year since 2007.
However, prices fell so low during 2009 after a 13% drop that despite last year’s modest increase, the average price of a room is still the same now as it was in 2004.
While prices in all regions were either flat or down year-on-year in the first half of 2010, the average annual price went up 1% in Latin America and the Caribbean, 2% in North America and had stabilised in Europe.
However, despite declining 2%, the average price of a hotel room in Asia was still 15% higher than when the Hotel Price Index began in 2004.
David Roche, President of Hotels.com, comments: “After the worst trading conditions most in the market had seen, the 2010 story shows a market in recovery.
“However, since the fall was so prolonged and steep, guests were still roughly paying for a hotel night what they would have done six or seven years ago.
“Whilst the high volume of promotions we saw in the depth of the crisis has dried up somewhat, there are still deals to be had.”
The Hotels.com HPI is based on bookings made on Hotels.com and tracks the real prices paid per hotel room (rather than advertised rates) for 110,000 hotels across more than 18,000 locations around the world. The latest HPI looks at prices in 2010 compared to those in 2009.

Judith Rubin
Judith Rubin ([email protected]) is a leading journalist, publicist, strategist, blogger, content marketing specialist and connector in the international attractions industry. She excels at writing about all aspects of design and technical design, production and project management. Areas of special interest include AV integration and show control, lighting design and acoustics, specialty cinema, digital video and world’s fairs. Judith has ties to numerous industry organizations. From 2005-2020 she ran communications, publications and social media for the Themed Entertainment Association (TEA). In 2013, she was honored with the TEA Service Award. She was development director of IMERSA, and co-chair of the 2014 IMERSA Summit. She was publicist for the Large Format Cinema Association in the 1990s, now part of the Giant Screen Cinema Association (GSCA) and has also contributed to the publications of PLASA, IAAPA and the International Planetarium Society. Already making her mark as a magazine and book editor, Judith joined World’s Fair magazine in 1987, which introduced her to the attractions industry. Launching as a freelancer in the mid 1990s she has contributed to dozens of publications and media outlets including Funworld, Lighting&Sound America, Sound & Communications, Urban Land, The Raconteur and The Planetarian. She joined InPark in 2010. Judith earned a Bachelor of Fine Arts from Pratt Institute. She has lived in New York City and the San Francisco Bay Area, and now makes her home in Saint Louis, where she is active in the local arts and theater community.
Share
Facebook
Twitter
Linkedin
Email
Print
WhatsApp
Pinterest
ReddIt
Tumblr
Previous articleNashville: Mayor, Officials with Omni Hotels, Country Music Hall of Fame® and Museum Unveil Design for Music City Center Headquarters Hotel and Museum Expansion
Next articleCambridge Seven, Moser-Mayer Phoenix help develop new $20M master plan for Natural Science Center, Greensboro NC