“Building on the success of the 2011 Expo and based on the strong advance exhibit sales for the 2012 show, we look forward to creating an even more spectacular event for next year,” said Roland Mack, 2012 IAAPA Chairman and Managing Partner of Europa-Park in Rust/Baden, Germany.

“The results for IAAPA Attractions Expo 2011 surpassed our expectations on several fronts,” said IAAPA President and CEO Chip Cleary. “Exhibit sales, buyer attendance, education program participation, and total registration are all up from 2010.” 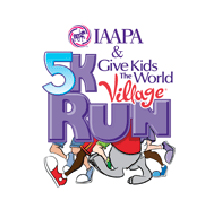 IAAPA Attractions Expo is the world’s largest conference and trade show for the $24 billion global attractions industry and serves as the primary marketplace event for leaders, decision makers, and visionaries, who gather to learn, discuss the current trends and hot topics, test the latest innovations, and dream up new experiences for the future. The event is owned and produced by the International Association of Amusement Parks and Attractions (IAAPA). The five-day Expo took place at the Orange County Convention Center and had an estimated $47.7 million economic impact on the Orlando area.

Conference Program Offers Range of Education Topics and Experiences for Industry Professionals
Attendance at the Expo’s 123 education programs was 8,850. Highlights of this year’s conference included presentations from industry CEOs, a panel discussion featuring some of the brightest young designers in the business, a pre-dawn behind-the-scenes tour at Walt Disney World Resort, tours of Legoland Florida and Busch Gardens Tampa Bay, and a half-day symposium on mobile marketing and communications in the industry.

1,106 Companies Showcase Innovations, Products, and Services
The North/South building of the Orange County Convention Center was packed with exhibits from 1,106 companies that displayed their innovative new products and services on 477,474 net square feet of space on the trade show floor. The outdoor exhibit area measured 49,074 net square feet, the largest at the Expo in almost a decade. The exhibitors hailed from 32 countries and included immersive and interactive rides and attractions, innovative water rides and slides, stage productions, mobile ticketing systems, new food and beverage treats, inflatable devices, arcade games, and much more.

About IAAPA
The International Association of Amusement Parks and Attractions (IAAPA) is the premier trade association for the attractions industry worldwide. Founded in 1918, IAAPA is the largest international trade association for permanently situated amusement facilities and attractions and is dedicated to the preservation and prosperity of the attractions industry. IAAPA represents more than 4,000 facility, supplier, and individual members from more than 90 countries. Member facilities include amusement/theme parks, water parks, attractions, family entertainment centers, zoos, aquariums, museums, science centers, resorts, and casinos. IAAPA is a nonprofit organization. Revenue generated for the association by its involvement in trade shows and other activities are returned to the association to fund services for its members and the industry. The association’s global headquarters is in Alexandria, Virginia, United States. The association maintains regional offices in Brussels, Mexico City, and Hong Kong. www.IAAPA.org

According to IAAPA, all numbers given here are preliminary estimates.

Judith Rubin
Judith Rubin ([email protected]) is a leading journalist, publicist, strategist, blogger, content marketing specialist and connector in the international attractions industry. She excels at writing about all aspects of design and technical design, production and project management. Areas of special interest include AV integration and show control, lighting design and acoustics, specialty cinema, digital video and world’s fairs. Judith has ties to numerous industry organizations. From 2005-2020 she ran communications, publications and social media for the Themed Entertainment Association (TEA). In 2013, she was honored with the TEA Service Award. She was development director of IMERSA, and co-chair of the 2014 IMERSA Summit. She was publicist for the Large Format Cinema Association in the 1990s, now part of the Giant Screen Cinema Association (GSCA) and has also contributed to the publications of PLASA, IAAPA and the International Planetarium Society. Already making her mark as a magazine and book editor, Judith joined World’s Fair magazine in 1987, which introduced her to the attractions industry. Launching as a freelancer in the mid 1990s she has contributed to dozens of publications and media outlets including Funworld, Lighting&Sound America, Sound & Communications, Urban Land, The Raconteur and The Planetarian. She joined InPark in 2010. Judith earned a Bachelor of Fine Arts from Pratt Institute. She has lived in New York City and the San Francisco Bay Area, and now makes her home in Saint Louis, where she is active in the local arts and theater community.
Share
Facebook
Twitter
Linkedin
Email
Print
WhatsApp
Pinterest
ReddIt
Tumblr
Previous articleBella Gaia education project funded by NASA brings immersive digital dome show about earth science to classrooms and science centers
Next article"Wildest Weather in the Solar System" produced by National Geographic specifically for digital dome exhibition