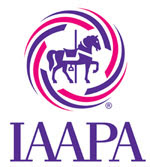 Prior to joining IAAPA in 2012, Robert served as the director of marketing and communications for the Association for Convenience and Fuel Retailing, (NACS), a trade association serving the convenience retail industry. She has an M.B.A. from the Smeal College of Business at The Pennsylvania State University and a B.A. in international politics also from The Pennsylvania State University.

Robert will work in Alexandria, Va., and serve as the liaison to both the FEC Committee (Family Entertainment Center) and Membership Committee.

Brian Skepton joined the association in November 2011, as advertising and sponsorship sales executive for Funworld magazine, IAAPA’s digital and online products, and publications related to the associations Expos around the world.

Prior to joining IAAPA, Yan worked at Ocean Park in Hong Kong as an assistant operations manager for food and beverage. She oversaw the operation of 4 restaurants, banquets, special events, press events, and private functions. She has an M.B.A. from Stratford University and is fluent in English, Cantonese, and Mandarin. Yan works in Hong Kong.

ABOUT IAAPA
Founded in 1918, IAAPA is the largest international trade association for permanently situated amusement facilities and attractions, and is dedicated to the preservation and prosperity of the attractions industry. The association’s global headquarters is in Alexandria, Virginia, United States, and it maintains regional offices in Brussels, Mexico City, and Hong Kong. www.IAAPA.org

Joe Kleimanhttp://wwww.themedreality.com
Raised in San Diego on theme parks, zoos, and IMAX films, InPark's Senior Correspondent Joe Kleiman would expand his childhood loves into two decades as a projectionist and theater director within the giant screen industry. In addition to his work in commercial and museum operations, Joe has volunteered his time to animal husbandry at leading facilities in California and Texas and has played a leading management role for a number of performing arts companies. Joe previously served as News Editor and has remained a contributing author to InPark Magazine since 2011. HIs writing has also appeared in Sound & Communications, LF Examiner, Jim Hill Media, The Planetarian, Behind the Thrills, and MiceChat His blog, ThemedReality.com takes an unconventional look at the attractions industry. Follow on twitter @ThemesRenewed Joe lives in Sacramento, California with his wife, dog, and a ghost.
Share
Facebook
Twitter
Linkedin
Email
Print
WhatsApp
Pinterest
ReddIt
Tumblr
Previous articleTe Papa Tongarewa Exhibit on Whales to End International Tour in Ottawa
Next articleNewest Jack Rouse Designed Museum Opens in Naples, FL