There’s a special kind of elation experiencing a roller coaster for the first time. In retrospect, a person’s first few coasters aren’t often record-breaking or extreme in their thrill profile, yet the ability to experience airtime and rush at high speed in the open air provokes exhilaration that, to many coaster fans, is the beginning of a lifelong love.

Back in 2020, IPM editor Judith Rubin and Orlando correspondent Rona Gindin visited the Ice Breaker construction site, getting a behind-the-scene sneak peek on the attraction’s progress.

Riding Ice Breaker at SeaWorld Orlando reminded me of that time in my life…when each new coaster required jumping right back in line at least three times, unerring in its ability to produce adrenaline. But for many riders, there’s a limit to that thrill factor. We want to be a little scared and then excited, but never overwhelmed. Ice Breaker navigates this gray area with grace. Both first time coaster riders and seasoned enthusiasts will want to step right back in line after their first ride.

Ice Breaker, built by Premier Rides, is a quad-launch roller coaster featuring a 93-foot spike with 2,750 feet of track. But the experience of Ice Breaker is not one easily summed up by numbers. With a minimum height requirement of 48 inches, Ice Breaker is the only roller coaster at SeaWorld Orlando not requiring a 54-inch minimum — differentiating the attraction within the park’s portfolio of thrill rides.

According to Conner Carr, Corporate Manager, Rides & Engineering for SeaWorld Parks & Entertainment, Ice Breaker fills a gap for the theme park, namely a thrill attraction for those who want to dip their toes in the roller coaster waters.

“This attraction rounds out the park,” Carr said. Noting its inclusive height, Ice Breaker is viewed by SeaWorld Parks & Entertainment as a family thrill ride that tones down the extreme thrills of some of its other coasters, such as Mako and Manta, for a more approachable experience that adults and younger guests can comfortably enjoy together.

Carr also pointed out that the attraction breaks new ground for SeaWorld Orlando as its first launch coaster, doubling down — or more fittingly, quadrupling down — on that specific element by featuring four launches.

“It adds an energy to the area,” said Rob McNicholas, VP Operations at SeaWorld Orlando. Nestled between Bayside Stadium and Sesame Street Land near the Wild Arctic animal exhibit, Ice Breaker weaves its way over the walking path toward the Education Program pavilions and all the way back. Still, its footprint remains smaller than the three other coasters in the park, which all reside on the other side of the central lagoon.

This, noted McNicholas, is the genius of the back-and-forth quad-launch action — adding length and thrill to a small-footprint coaster.

“We saw younger audiences who may have outgrown Sesame Street Land and were not quite tall enough to enjoy our other coasters,” said Carr. “Ice Breaker is meant for those guests, their families and others who were looking for something made for them.” 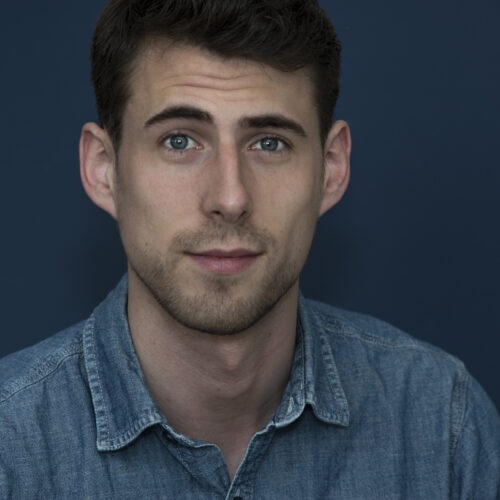 Jordan Zauhahttp://jordanzauha.com
Jordan Zauha is a freelance writer and narrative designer in the themed entertainment industry. As a member of the inaugural cohort of the Theatre MFA - Themed Experience program at the University of Central Florida, Jordan is a part of a new generation of themed experience creators fortunate enough to receive formal education in this art form that has delighted guests from around the world for the past 70 years. Jordan is a member of the Themed Entertainment Association (TEA) through their NextGen program. He is also a student member of the Themed Experience & Attractions Academic Society (TEAAS) which bridges the attractions industry with the academic community to build upon the knowledge of both fields.
Share
Facebook
Twitter
Linkedin
Email
Print
WhatsApp
Pinterest
ReddIt
Tumblr
Previous articleMerlin Entertainments partners with Aramark for UK and US theme park dining
Next articleSeaWorld San Diego adds Mardi Gras festival for February