As the TEA Summit enters its second day and the GSCA/Euromax giant screen Film Expo prepares to start in France, IPM News remembers two contributors to the themed attraction industry who recently passed away. 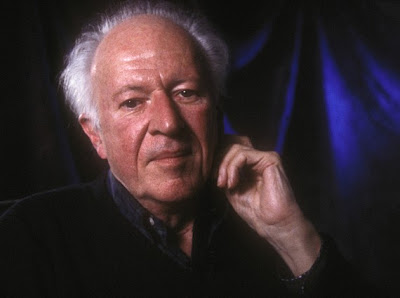 Most known for his work as a conceptual artist on the original Star Wars trilogy, Ralph McQuarrie’s artwork for those films, as well as Raiders of the Lost Ark, Battlestar Galactica, and E.T., would be translated by others into attractions at Disney and Universal theme parks worldwide.

Lesser known was the work he conducted himself for three themed attractions – Port Aventura’s Sea Odyssey, Universal Studios Florida’s Back to the Future: The Ride, and San Francisco’s Metreon urban entertainment center.

On his original concept for Metreon, McQuarrie remarked: “Sony approached several artists including myself, Syd Mead and Moebius to submit designs for an Entertainment Center that was to be built downtown San Fransisco. I had a flash of an idea for a theater in the round with a sun animated on the screen; sharp conical forms with people walking around – silhoettes against graphics projected on the screen. For the exterior, I thought I’d put put a tall spine and a sphere that could contain a theater in the round.”

A funeral mass for McQuarrie will be held at St. Mark’s Episcopal Church in Berkeley, CA, USA on March 25.

making of L’Odyssée Magique in French Guyana from Olivier Grignard on Vimeo.

Lawrence Kauffman, President of the National Stereoscopic Association shared his thoughts on Dominique Benicheti* with InPark: “Dominique was both a stereographer and cinematographer, as well as a special effects expert in both France and the United States.  His production of La Revole was regarded by many to be one of the finest commercial 3-D films produced in France.”

Benicheti’s most famous film was the award-winning 1972 feature Cousin Jules.  His career would lead him to become a pioneer in France’s emerging special venue film industry.  Among the numerous productions he directed for the Poitiers, France film-based theme park Futuroscope were Pathé Baby, Le Prix de la Liberté (a 360 degree film which also plays in a theater on the Normandy coast), and Poitou (a 48 fps 70mm film).

Writing for in70mm.com, Bill Kallay wrote:  “La Revole is a clever fantasy about how wine is made. Benecheti, who not only directed the film, but also wrote it, had many obstacles to overcome in shooting the it. For one, the budget was under $500,000. The film was supposed to be short, filmed in only a few days and had to be a musical-comedy in 3D. The director, a man with a sense of humor, took on the challenge with zeal…Some 3D gimmicks are employed, but mainly to tease an audience who’s already in on the light-hearted fantasy of La Revole. The cinematography is splendid and never appears to be low budget.”.

*While researching this piece, four different variations on the last name’s spelling appeared via various sources.  For purposes of consistency,  IPM News is using Benicheti, the spelling both used on the credits of Cousin Jules and by Futuroscope.

Joe Kleimanhttp://wwww.themedreality.com
Raised in San Diego on theme parks, zoos, and IMAX films, InPark's Senior Correspondent Joe Kleiman would expand his childhood loves into two decades as a projectionist and theater director within the giant screen industry. In addition to his work in commercial and museum operations, Joe has volunteered his time to animal husbandry at leading facilities in California and Texas and has played a leading management role for a number of performing arts companies. Joe previously served as News Editor and has remained a contributing author to InPark Magazine since 2011. HIs writing has also appeared in Sound & Communications, LF Examiner, Jim Hill Media, The Planetarian, Behind the Thrills, and MiceChat His blog, ThemedReality.com takes an unconventional look at the attractions industry. Follow on twitter @ThemesRenewed Joe lives in Sacramento, California with his wife, dog, and a ghost.
Share
Facebook
Twitter
Linkedin
Email
Print
WhatsApp
Pinterest
ReddIt
Tumblr
Previous articleScotland’s Craig Tara Holiday Park Opening £2.2 Million Airspace Indoor Sports Park
Next articleIPM News Presents Asian Casino Report: Genting