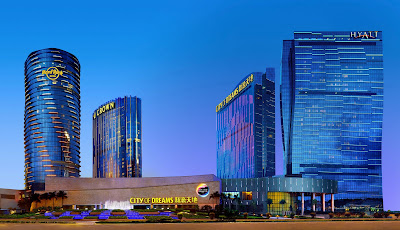 (March 15, 2012), Next week, IPM News will run a three part series on the Asian megacasino market.  With changing socioeconomic conditions in China, casino operators are set to capitalize on the emerging middle and upper classes.

As Desmond Lam wrote for the IPM Blog:
“In addition to culture, external forces may also explain why Chinese people are so drawn to gambling. The transition from poverty to prosperity, the widening income gap between the poor and rich, and negative real interest rates can all explain to a certain extent why Chinese people tend to take such excessive monetary risks when they gamble. Some observers believe that Chinese people liken gambling in Macau’s casinos to investing. Nationally representative studies, however, found a large percentage of Chinese people tend to gamble for fun and entertainment; not just for money.“

IPM’s coverage of the Asian megacasino market will run on the following days:

Monday, March 19 – Part I: Genting: In addition to its growing Star and Norwegian Caribbean cruise lines, Malaysian-based Genting is expanding upon its fully integrated Resorts World brand in Malaysia and Singapore with new casinos in Manilla, New York, and the UK, and a $3 billion casino resort under development on the waterfront in downtown Miami.

Wednesday, March 21 – Part II: The Vegas Pack: Nevada casino operators MGM International, Sands, and Wynn Resorts have invested billions into markets such as Macau and Singapore.  IPM News will look at each of the three companies, their plans for expansion, and how the legal case between Wynn and Japanese billionaire Kazuo Okada might affect future developments.

Friday, March 23 – Part III: The Islands: IPM News will look at two major players in Macau – Galaxy and Melco Crown as well as the growing trend of expanding gambling licenses on islands big and small ranging from Japan to Australia.

Joe Kleimanhttp://wwww.themedreality.com
Raised in San Diego on theme parks, zoos, and IMAX films, Joe Kleiman would expand his childhood loves into two decades as a projectionist and theater director within the giant screen industry. In addition to his work in commercial and museum operations, Joe has volunteered his time to animal husbandry at leading facilities in California and Texas and has played a leading management role for a number of performing arts companies. Joe has been News Editor and contributing author to InPark Magazine since 2011. HIs writing has also appeared in Sound & Communications, LF Examiner, Jim Hill Media, and MiceChat. His blog, ThemedReality.com takes an unconventional look at the attractions industry. Follow on twitter @ThemesRenewed Joe lives in Sacramento, California with his fiancé, two dogs, and a ghost.
Share
Facebook
Twitter
Linkedin
Email
Print
WhatsApp
Pinterest
ReddIt
Tumblr
Previous articleCommScope To Power Communications Infrastructure for New Perot Museum of Nature & Science
Next articleConstruction Set to Start on Discovery Place KIDS-Rockingham