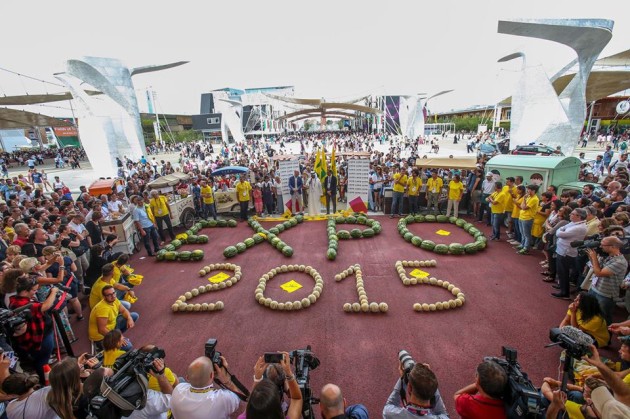 [twocolumns]Value talent as well as technology 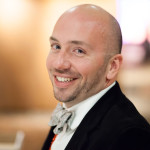 In putting together this issue of InPark, I realized we often talkabout people the same way we do technology. Flip through and you will see there is talk about how projectors have improved, how dark ride scoring systems are faster and more accurate, and how older technologies are being revisited, enhanced and built upon.

In many ways, the same is expected of a workforce. Global markets demand that companies function more efficiently, in an improved, faster and accurate manner in order to gain an edge over the competition. Placing those demands on team members is part of that equation.

Culturally, we are encouraged to see both technology and talent continuously evolve. As consumers, we are perpetually hungry for the “next generation.” From iPods to show controllers, the latest version captures our attention.

Interestingly, we use that same terminology to refer to future leaders in our industry: next generation (or next gen). We seek out new models, and we want them to have all the “bells and whistles” of the current leadership, but with even more features.

I’m not bemoaning the system – I think there are great benefits to having high expectations. But let’s be clear about one thing: talent and technology are intimately intertwined, but without the talent, the technology doesn’t exist, or is meaningless.

So while parks and institutions know the value of continuously investing in new projects and capital (which often means upgrading technology), it’s important they also regularly invest in the talent behind that technology.

We expect technology costs to drop over time, but we can’t expect the same for the designers, storytellers, and engineers connecting that technology to guests through experience— especially as we continue to demand more from them.

It is important to note that always seeking out the latest and greatest model, when it comes to talent, doesn’t mean replacing the previous version. As the leaders of our industry mature, their decades of experience and know-how are truly assets to an organization. Probably the best projects and teams combine the fresh perspective of emerging talent with the wisdom of seasoned professionals.

Ultimately, to value the guest experience we provide, we must value the diverse sources of talent that creates it. [/twocolumns][twocolumns class=”omega”]A delicious success in Milan 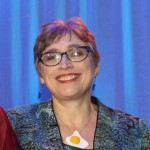 Organizers showed savvy in choosing a theme that revolves around food – allowing exhibitors to address the serious angles (world hunger, food sustainability, agribusiness) while simply celebrating the joy of food. This brilliant theme has allowed the Expo to leverage the brand of Italy – its inherent appeal for travelers and residents alike. Food and food security are subjects on which every exhibitor can shine as well. Moreover, world’s fairs have historically ushered in a wide range of breakthroughs and these have included food trends.

Food is something that never goes out of style, never loses its relevance and has always been a key element of an expo even when not central to the theme. I think Milan 2015 will stand as an example of a world’s fair perfectly tailored to its region and to its era.

Politically, the expo is established on the international radar as a place to be seen. Expo 2015 Milano has been drawing heads of state and dignitaries from around the world. A partial list includes the presidents of Italy, France, Spain, Russia, Mexico, Lithuania, Columbia, Ivory Coast and Madagascar; the Queen of Belgium; the Prime Minister of Egypt; and from the US, First Lady Michelle Obama, Democratic House Leader Nancy Pelosi and Secretary of Agriculture Tom Vilsack.

Measuring success by attendance, Milan 2015, a 6-month expo running May 1-Oct 31, reached 8.3 million at the halfway mark. As, historically, visitation rates balloon toward the end of an expo as closing day looms, Milan is likely to reach the 20 million total that organizers originally projected.

A look at attendance totals for the previous expos held in this century provides context. Milan’s numbers are very competitive with the last 6-month world’s fair held in Europe, Hanover 2000, and well ahead of the more recent, 3-month event in Zaragoza (Spain). The much higher Shanghai numbers reflect the much larger local population that region has to draw upon.

Many thanks to consultant James Ogul, InPark’s world’s fair expert, who was a resource for this editorial. Be sure to check out his article on p. 17.

Joe Kleimanhttp://wwww.themedreality.com
Raised in San Diego on theme parks, zoos, and IMAX films, InPark's Senior Correspondent Joe Kleiman would expand his childhood loves into two decades as a projectionist and theater director within the giant screen industry. In addition to his work in commercial and museum operations, Joe has volunteered his time to animal husbandry at leading facilities in California and Texas and has played a leading management role for a number of performing arts companies. Joe previously served as News Editor and has remained a contributing author to InPark Magazine since 2011. HIs writing has also appeared in Sound & Communications, LF Examiner, Jim Hill Media, The Planetarian, Behind the Thrills, and MiceChat His blog, ThemedReality.com takes an unconventional look at the attractions industry. Follow on twitter @ThemesRenewed Joe lives in Sacramento, California with his wife, dog, and a ghost.
Share
Facebook
Twitter
Linkedin
Email
Print
WhatsApp
Pinterest
ReddIt
Tumblr
Previous articleThe Projection Mapping Revolution
Next articleIssue 58: Technology 2015

Issue 93 editorial: Looking back to the future