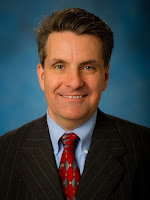 Heaney brings nearly 25 years of finance, analysis and operations experience to his new role. The bulk of his career has been spent in the travel industry, initially with Royal Caribbean Cruises and later with the Walt Disney Company. Before leaving Disney in 2011, Heaney had risen to CFO with additional responsibility in Revenue Management, Travel Operations, and Risk Management for the company’s cruise division. In that role he managed the cruise line’s call center, air/sea department, terminal operations and ground transportation system.

“Jim will be a great addition to the senior leadership group at SeaWorld Parks & Entertainment,” said Jim Atchison, President and Chief Executive Officer. “In addition to the significant roles he has played in managing a large and complex organization, he also brings experience in other types of travel businesses and has proven skills in leading functions outside the traditional scope of finance.”

Heaney played a key leadership role in the launch of Disney’s cruise business and made significant contributions in finance and operations as Disney Cruise Line evolved into one of the segment’s most prominent operators.

Prior to joining Disney in 1994, Heaney worked as a finance manager for Royal Caribbean Cruises, where he provided analysis, projections and strategic planning services for the company’s operations segment. Heaney began his career with Gould Electronics as a financial systems analyst and moved to Pueblo Xtra International, a grocery store chain based in South Florida, in 1989.

Heaney earned a bachelor’s degree in Operations Management from Texas Tech University and an MBA with an academic emphasis in finance from the University of Florida. He lives in Celebration, Fla. with his wife and two children.

SeaWorld Parks & Entertainment inspires people to celebrate, connect and care for the natural world through the power of entertainment. The company owns and operates 10 parks across the United States. The parks play host to more than 23 million guests each year and provide lasting memories through up-close animal encounters, world-class shows and rides, and themed attractions. Locations include SeaWorld parks in Orlando, San Diego and San Antonio; Busch Gardens parks in Tampa, Fla. and Williamsburg, Va.; Discovery Cove and Aquatica in Orlando; Sesame Place near Philadelphia, Pa.; and water parks Adventure Island in Tampa and Water Country USA in Williamsburg.

SeaWorld Parks & Entertainment also is a global leader in animal care and conservation, helping animals in need around the world. The company has rescued more than 20,000 orphaned, injured or ill animals over the past four decades and contributed $50 million to conservation, wildlife rescue and environmental stewardship programs worldwide. The SeaWorld & Busch Gardens Conservation Fund, a non-profit, 501(c)3 charitable foundation, supports wildlife research, habitat protection, animal rescue and conservation education in the U.S. and around the world.

SeaWorld Parks & Entertainment employs 20,000 people and is a portfolio company of Blackstone.

Joe Kleimanhttp://wwww.themedreality.com
Raised in San Diego on theme parks, zoos, and IMAX films, InPark's Senior Correspondent Joe Kleiman would expand his childhood loves into two decades as a projectionist and theater director within the giant screen industry. In addition to his work in commercial and museum operations, Joe has volunteered his time to animal husbandry at leading facilities in California and Texas and has played a leading management role for a number of performing arts companies. Joe previously served as News Editor and has remained a contributing author to InPark Magazine since 2011. HIs writing has also appeared in Sound & Communications, LF Examiner, Jim Hill Media, The Planetarian, Behind the Thrills, and MiceChat His blog, ThemedReality.com takes an unconventional look at the attractions industry. Follow on twitter @ThemesRenewed Joe lives in Sacramento, California with his wife, dog, and a ghost.
Share
Facebook
Twitter
Linkedin
Email
Print
WhatsApp
Pinterest
ReddIt
Tumblr
Previous articleRegistration Open for CIAE 2012 Gaming and Attractions Expo in Guangzhou, China
Next articleSeaWorld and Ruckus Team For Digital Storybooks