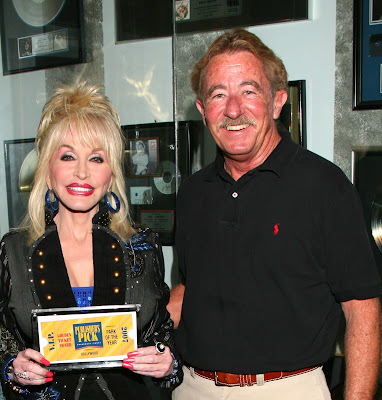 Pigeon Forge, TN, USA /BUSINESS WIRE/ — After more than a quarter century at the helm, industry veteran and park innovator Ken Bell is retiring from his role as President of The Dollywood Company. Under his leadership Dolly Parton’s theme park has garnered the theme park industry’s highest honor, the Applause Award, and achieved the status as the number one show park in the world. In addition, Bell grew Parton’s park to include an award-winning waterpark, Dollywood’s Splash Country, and launched a hospitality company. Bell also sits on the boards of directors for Parton’s Dixie Stampede and Pirate’s Voyage dinner theatre chain.

“After nearly two years of working with Craig, I know he’s the person who can continue the successes Ken has built for my Dollywood Company over the years,” Parton said. “I am looking forward to the future!” Parton announced that Craig Ross, industry veteran, will assume the role as The Dollywood Company President, effective immediately.

Ross has worked for more than 30 years in the theme park industry with the last year spent as Vice-President and General Manager of Dollywood under Bell. Ross’ first season marked the launch of Wild Eagle, the first wing coaster in the US and the park’s largest capital addition to date.

“I am honored to soon have this very special opportunity to carry on the high level of quality and balanced leadership that the Dollywood team has come to expect. I am thrilled to have such a wonderful and talented team to help me grow The Dollywood Company and its world-class brand,” Ross said.

Joe Kleimanhttp://wwww.themedreality.com
Raised in San Diego on theme parks, zoos, and IMAX films, Joe Kleiman would expand his childhood loves into two decades as a projectionist and theater director within the giant screen industry. In addition to his work in commercial and museum operations, Joe has volunteered his time to animal husbandry at leading facilities in California and Texas and has played a leading management role for a number of performing arts companies. Joe has been News Editor and contributing author to InPark Magazine since 2011. HIs writing has also appeared in Sound & Communications, LF Examiner, Jim Hill Media, and MiceChat. His blog, ThemedReality.com takes an unconventional look at the attractions industry. Follow on twitter @ThemesRenewed Joe lives in Sacramento, California with his fiancé, two dogs, and a ghost.
Share
Facebook
Twitter
Linkedin
Email
Print
WhatsApp
Pinterest
ReddIt
Tumblr
Previous articleCentaman Launches Newest Generation Controller For Enterprise Software
Next articleTheme Park Bill On Way to Senate Vote in US Virgin Islands