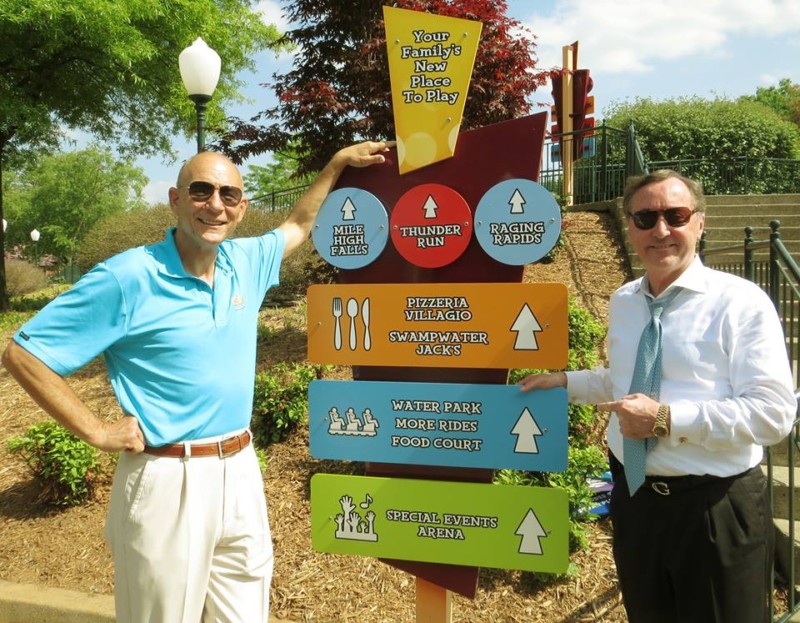 Louisville, KY, USA (May 21, 2014) — Sheldon S. Shafer reports in the Courier-Journal on the grand reopening of Kentucky Kingdom, which takes place this Saturday:

“A little less than a year after taking control of a ‘run down and dirty’ Kentucky Kingdom, the amusement park’s new ownership group says the facility, with a $44.3 million restoration, is set for its much-anticipated reopening Saturday.

“‘We’re giving the community a new place to play,’ said park spokesman John Mulcahy. ‘We are giving them a hometown theme park, so they won’t have to spend $25 on gas’ to drive to Kings Island north of Cincinnati or to Holiday World in Santa Claus, Ind.

“Kentucky Kingdom CEO Ed Hart, who has owned the park previously, said his ownership group has trained about 800 youths for jobs at the park, sold more than 80,000 season tickets, implemented a solid security plan and renovated 50-plus acres of space at the Kentucky Exposition Center.

“. . . Hart, who has developed a reputation for revitalizing troubled theme parks, said the premises ‘were run down and dirty’ and it cost $6 million just to clean up the place.

“‘You would not want to work in those conditions,’ he said. ‘We had to make sure everything at the back of the house was completely renovated’ — infrastructure, buildings, equipment and other facilities.

“Next came refurbishing many of the old rides and putting in a raft of new ones. It cost $1 million alone to renovate Thunder Run, a wooden coaster. A major new ride, the Lightning Run coaster with 2,500 feet of track and an 80 degree ascent, cost $7 million.

“Other major attractions include the new Fear Fall, a 13-story drop ride, and a renovated Mile High Falls, a huge splash ride shut down since 2007.”

Joe Kleimanhttp://wwww.themedreality.com
Raised in San Diego on theme parks, zoos, and IMAX films, InPark's Senior Correspondent Joe Kleiman would expand his childhood loves into two decades as a projectionist and theater director within the giant screen industry. In addition to his work in commercial and museum operations, Joe has volunteered his time to animal husbandry at leading facilities in California and Texas and has played a leading management role for a number of performing arts companies. Joe previously served as News Editor and has remained a contributing author to InPark Magazine since 2011. HIs writing has also appeared in Sound & Communications, LF Examiner, Jim Hill Media, The Planetarian, Behind the Thrills, and MiceChat His blog, ThemedReality.com takes an unconventional look at the attractions industry. Follow on twitter @ThemesRenewed Joe lives in Sacramento, California with his wife, dog, and a ghost.
Share
Facebook
Twitter
Linkedin
Email
Print
WhatsApp
Pinterest
ReddIt
Tumblr
Previous articleSeaWorld Entertainment Upgrades Park Apps With Theme Park Industry Firsts
Next articleIMAX and Knights of Columbus Investing $50 Million Into “Edgier and Hipper” Giant Screen Documentaries