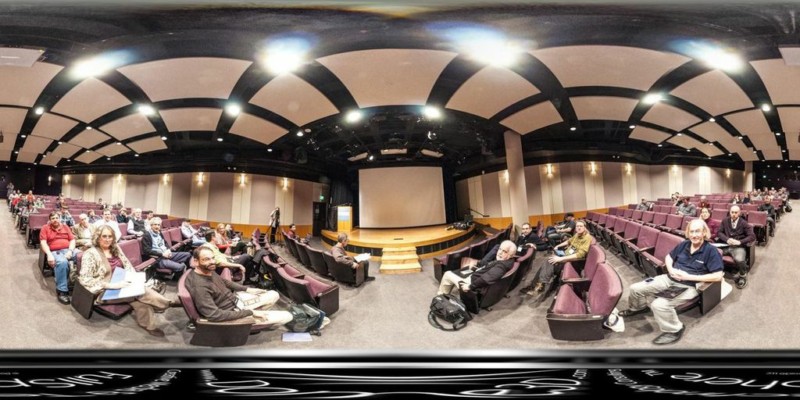 InPark’s next issue will focus on immersive digital media and specialty cinema experiences, including a special section for IMERSA Summit 2014, March 6-9 in Denver.

With the theme “Shaping the future of the digital immersive space,” IMERSA Summit 2014 program highlights include:

As an artist, Dan Neafus incorporates light into his sculptures. As Operations Manager of the Gates Planetarium at the Denver Museum of Nature & Science (DMNS), one of his jobs is to program his venue to teach about the stars, each point distant light millions of miles away. As one of the founders of IMERSA, he promotes the use of bright light from digital projectors to create new immersive experiences for education and entertainment.

Concerning his fascination with light, Neafus said, “When you asked me about it, I began thinking about the birth of my children. Light is the first thing you see when you enter this world. It’s very primal.”

In March 2014, IMERSA will once again hold its annual Summit at DMNS. The organization was “founded to advance and promote the art and science of large-scale digital immersive media.” It had its genesis within the planetarium community, and its heart lies within the digital dome.

According toNeafus, “The dome is one of the few venues where you can be surrounded by people while being immersed in personal thought.”

This idea of the individual’s place within a greater collective can be expanded to an even larger concept. When the late Canadian filmmaker and co-founder of IMAX Corp. Roman Kroitor completed his trilogy on the macrocosmos and the microcosmos – the Platonian theory of humanity’s relationship with the Universe, the final two films were designed to be projected on domes.

In a presentation at last year’s (2013) IMERSA Summit, Neafus described the origin of the dome as something spiritual and mystical, rather than scientific. With its shape reflecting the natural curvature of the heavens, it was possible to emulate the sky. Later, the great cathedrals would be constructed with domes highlighted with paintings of celestial events, depicting what the religious believed to take place in the heavens above.

The planetarium, profiling the night sky, hearkens back to those ancient domes. Over the years, a scientific emphasis replaced the religious one. The classic optomechanical starball technology used to project the night sky onto the planetarium dome survives to this day, but in the 1970s the first digital planetariums also started to arrive, and in the 1990s, the first color video digital dome systems (“fulldome”) began to be adopted. With the introduction of fulldome, planetariums became spaces that could showcase a much wider range of content – including, but not limited to the astronomical. These imaging and storytelling tools are richly served by many contemporary content sources, including the wealth of data and science visualization resources that ever-better satellites and telescopes have fostered.

Over the years, no matter how advanced the technology has become, it remains a storytelling medium to convey a story or a visceral experience.

In 1970, Ivan Dryer, an aspiring filmmaker and guide at the Griffith Observatory in Los Angeles, met Dr. Elsa Garmire of Cal Tech, who had been working on using lasers as an art form. Dryer applied lasers to rock music, creating live effects for an Alice Cooper concert tour. Then in 1973, he changed the concept of what a dome experience could be by combining his two loves and showcasing the first laser light show at Griffith Observatory under his new company Laserium.

The three-year period between when Dryer first experienced Garmire’s laser work to when he first showcased lasers at Griffith exemplifies the challenges for artists and content developers in this unique dome medium. And often, as for Dryer, progress comes from those who think outside the box.

“My boss came up to me and told me we had to create a new Christmas show,” said Jay Heinz, Digital Production Manager at UNC Chapel Hill’s Morehead Planetarium. “And he said we couldn’t mention Christmas at all in the new show.”

Heinz’s Morehead team partnered with Paperhand Puppet Intervention, an award winning organization dedicated to bringing the art of puppetry, in all its forms, to the people of North Carolina’s triangle area. Together they created “The Longest Night: A Winter’s Tale,” the story of a young girl’s quest to return to her wintertime village a hero. Paperhand’s giant head puppets and sets were filmed against a green screen, with additional background elements and effects added digitally based on Paperhead’s designs.

Although there is a trend to hire celebrity narrators when the budget allows (especially if there’s a Star Trek connection) Heinz opted for voiceover actress Gigi Shane, who recorded the narration and all the show’s character voices from her home recording studio in Colorado Springs. According to Heinz, because of the current state of technology, working with Shane was as easy as if she had been in North Carolina. The 2013 IMERSA Summit screening of “The Longest Night” in Denver was her own first time viewing the work, which had already been proving a sellout hit at Morehead. 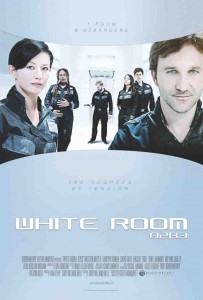 The spirit of Star Trek was very much alive at the IMERSA Summit last year, in the form of “White Room 02B3,” produced by Roddenberry Entertainment, the production company operated by the family of Star Trek founder Gene Roddenberry. A science fiction film presented in 360̊, the film was shot with nine cameras facing up in a circle towards a mirror, a configuration similar to Disney CircleVision. The individual camera shots were edge-blended in post production, while the overhead portion of the dome screen was filled in with CGI.

In addition to what are referred to as “pre-rendered” playback presentations, real-time interactivity is a staple of fulldome presentation. At Summit 2013 the real-time technologies demonstrated included virtual reality suits, XBOX Kinect, Wii Remotes and Balance Boards, and iPods and iPads. These were in addition to the systems that tend to be a more standard part of the fulldome system package, such as SCISS Uniview and Sky-Skan Digital Sky.

The participants at the Summit continue to look towards the future and the possibilities for the medium. Documentary producer Barry Clark had what he called a “religious experience” upon seeing his first digital dome presentation. He believes that domes are the way of the future for entertainment, and that high definition domes represent the same kind of leap forward in exhibition potential as HD brought to television. Clark envisioned a perfect union in the production of fulldome shows “between the poet, the engineer, and the entrepreneur.”

Entrepreneurs and other sources of funding are what everyone in fulldome hopes to see more of. “There’s a lack of entrepreneurs who are willing to fork out money,” said Ed Lantz of Vortex Immersion, an industry veteran and co-founder of IMERSA. Lantz uses his Vortex Dome in downtown Los Angeles to showcase events ranging from seminars to live concerts and multimedia shows that blend live performance with dome projection and theatrical effects. In the corporate world, Lantz does business as a creator of branded marketing experiences within portable domes, such as the XBOX experience that appeared at the 2012 Super Bowl.

Vienna-based Markus Beyr of the company Attraktion! creates what he calls “entertainment dome hybrids,” such as the example he showed at Summit 2013 featuring a participant hanging belly-down on a harness, with a personal dome experience in front – a personal flying experience or even swimming if the program is changed. Beyr is also working on multi-purpose domes, which would have different applications ranging from education to entertainment to night club.

IMERSA’s 2013 Summit proved a meeting ground between different generations of fulldome talent and expertise. Ian McLennan’s career stretches over 50 years to when he became founding director of the Queen Elizabeth Planetarium in Edmonton, Canada. He is now a consultant and has worked on a number of the world’s leading dome theaters and science centers, including the Griffith Observatory in Los Angeles and Toronto’s Ontario Science Centre. He has also been involved in numerous world’s fair exhibits. Still on the books for McLennan is the possibility to turn Houston’s old Astrodome stadium into a science center, with the possibility of transforming the roof into a giant dome screen.

On the younger end of the spectrum, in 2011, la Société des Arts Technologiques in Montreal opened the 60 foot wide SATosphere. The venue has been used for fulldome festivals, fashion shows, as a lounge, and as a dance club. The creative minds behind the SATosphere gave IMERSA Summit delegates an idea of the experience, when, as one of three different performing groups, they turned the Gates Planetarium into a techno dance club. With a live DJ thumping house music accompanied by real-time animation illuminating the dome, the audience regressed into an earlier stage of humanity.

Like a child born to a world of infinite possibilities, the future of fulldome remains primal. And yet it remains spiritual and mystical. And it, like those of us that experience it, is illuminated.